A worker inspects stacks of pipes weighing several tons each which will be used for the construction of the Nord Stream gas pipeline in the Sassnitz-Mukran harbour in northeastern Germany. [EPA/JENS BUETTNER]

Ten EU member states support Poland’s position which calls for accelerating work on the amendment to the European gas directive, aimed against the construction of the Nord Stream 2 gas pipeline. EURACTIV Poland reports.

Not only are the 10 EU countries in favour of Poland’s position, so are also the European Parliament and the European Commission. However, as the Polish deputy Energy Minister Michał Kurtyka admitted, “a minority of countries has split and believes that they are different than us”.

Opposition was expressed by Germany, which has already agreed to build this infrastructure on its territory. Bulgaria, chairing the EU’s work until the end of the month, and Austria, which takes over the EU Council Presidency on 1 July, also support the construction of Nord Stream 2.

Some experts warn that slowing down the work on the directive may lead to the pipeline being created before the new law comes into force.

Kurtyka: Amendment of the gas directive should come “as soon as possible”

“We are deeply convinced that when it comes to the amendment of the gas directive, we must move forward as soon as possible,” said the Polish deputy energy minister. He pointed out that this is “an important signal for the Bulgarian Presidency, which now holds in its hands the future of this document.”

“Let us see how the Bulgarian Presidency will take into account the fact that 11 EU countries, the European Commission, but also the European Parliament expect the work on the gas directive to be accelerated,” said Kurtyka.

The Parliament has already presented its position on the new provisions but progress in the European Council remains slow. In the end, the Bulgarian Presidency is responsible for the pace, which has legal uncertainties as to the shape of the new regulations and this, in turn, affects disagreements among EU countries.

Germany, Austria, Belgium and the Netherlands have opposed attempts to accelerate work on the gas directive; media have reported, citing an EU diplomat. At the meeting held on Monday, Kurtyka reminded that talks between Russia, Ukraine and the European Commission on the transit of gas through Ukraine are about to start soon after the expiry of the transmission contract.

“In our opinion, in view of the fact that the international community is not able to guarantee the inviolability of borders in Ukraine, it is difficult to expect clear and transparent and above all reliable declarations that Ukraine will be able to maintain the transit,” said Kurtyka. 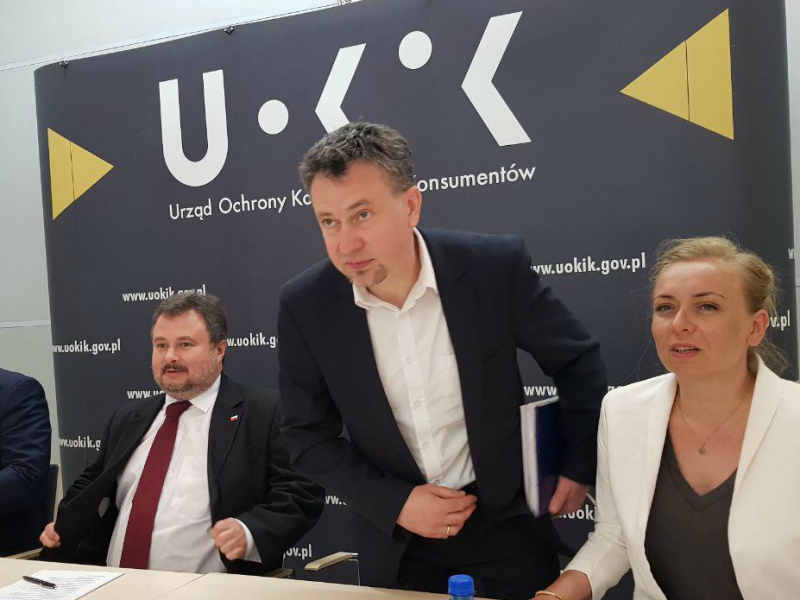 Poland, the EU country at the forefront of efforts to stop the Nord Stream 2 offshore pipeline project, announced on Wednesday (9 May) it launched legal proceedings against Gazprom and the five EU companies involved in the project, warning they risk fines of up to 10% of their annual turnover.

The draft amendment to the directive is of key importance for the European gas market, as the changes are to indicate unambiguously that sub-sea gas pipelines within the EU are subject to the provisions of the third energy package.

If such rules were adopted, the viability of the Nord Stream 2 project would be put into question. However, the construction of the gas pipeline has already begun while the pace of work on new regulations leaves much to be desired.

Proposals to amend the gas directive were presented by the European Commission last November. Before it is sent to Parliament, member states have to approve it (the EP has already approved the new regulations). Dragging the case until Austria takes over the EU Presidency would mean acting against the countries that call for tightening the rules.

Observers believe that Vienna – whose interest is to see Nord Stream 2 up and running because OMV [Austrian oil and gas company] is involved in the project – will not want to speed up the work on the new provisions of the gas directive.