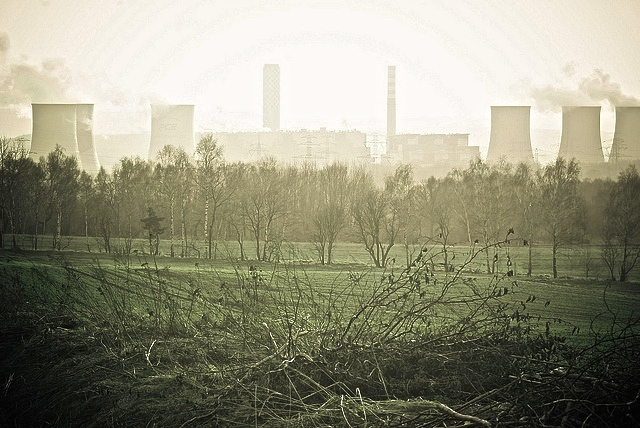 A surprising groundswell of public support for binding EU-wide action on renewable energy and energy efficiency has been revealed by an IPSOS poll of the so-called Visegrad countries of Poland, Hungary, the Czech Republic and Slovakia, seen as foot-draggers on climate action.

Russian energy import dependency was identified as a problem by more than three quarters of the 2,500 survey participants, and the same percentage saw renewables and energy savings as a way of remedying the situation.

Energy savings in this context could refer to improved buildings efficiency through insulation, double glazing, or deeper public renovations, as well as mandated savings by the power sector, better energy labelling and more streamlined ecodesign of products to increase their efficiency.

“The Czech, Slovak, Polish and Hungarian leaders are out of sync with their citizens,” commented Joris den Blanken, the EU climate policy director for Greenpeace. “People understand that energy efficiency and renewables will massively cut dependence on energy imports, and that these technologies need binding EU targets.”

Europe’s biggest employers group, BusinessEurope, was not available to comment.

On 24 June, the EU’s president José Manuel Barroso is scheduled to visit the Visegrad countries for a summit in Budapest.

The polling data was released as Barroso today (18 June) convened a meeting of the bloc’s Commissioners to try and agree a position on an energy efficiency target for 2030, with opinions thought to be split between a 30% and a 35% objective.

With a 35% energy efficiency target, Europe’s gas use would be slashed by 35.3%, net gas imports would be cut by a third, EU employment would get a 2.3% boost and €397 billion would be saved in fossil fuel imports.

As well as this data though, the decision-makers may be mindful of a feared conflict with the Emissions Trading Scheme (ETS), which regulates emissions from around 40% of the bloc’s carbon-emitting sectors.

Its prices of around €5 per tonne of carbon are currently too low to influence investment decisions due to an oversupply of carbon allowances outstripping demand from large CO2 emitters, mainly heavy industry.

Without structural change, any further cuts in carbon emissions caused by the expansion of renewable energy or energy efficiency measures could reduce prices still further.

As lobbying and counter-lobbying over the scale of the EU’s energy and climate ambition reached fever pitch, a call for a 40% efficiency target was sent to Barroso and other decision-makers by the CEO’s of several companies, including Philips, Knauf Insulation, Schneider Electric and Danfoss.

“Binding targets for energy efficiency in 2030 – based on energy saving not energy intensity to maximize cost-effective savings – are needed to create national political momentum to drive through necessary reforms and send strong signals to private investors that the market and supply chain is ready is scale up,” the CEO’s say.

The EU’s proposed climate and energy package will be finalised at a summit in October. But a European Council later this month will also debate the issue.

Draft conclusions, which EURACTIV has seen, says that “all efforts will be mobilised” to ensure that the October deadline is met, despite Poland’s intent to postpone discussion of 2030 goals until next year.

It says that emergency measures and solidarity mechanisms to avert the danger of short-term energy supply disruption will be “reinforced” in the member states most vulnerable.

Such measures include gas storage, emergency infrastructure and reverse flows to flexibly transport fuel already on the continent to areas suffering shortages.

To help countries such as Ukraine, whose pipeline to Russian gas supplies was this week turned off by Moscow, “the Energy Community, which aims to expand the EU’s energy acquis [laws] to enlargement and neighbouring countries, should be reinforced so as to ensure the application of acquis in those countries,” the document says.

In a blow to opponents of a gas-led strategy for increasing energy security, one of the country’s most supportive of an energy efficiency target for 2030, Germany, was yesterday reported to be on the verge of over-riding key environmental laws to allow wide-scale fracking for shale gas.