Such projects have been discussed many times, without any results, except heavy financial burdens for the Bulgarian budget.

The two spoke on the phone a day after Russian Patriarch Kirill visited Bulgaria for the 140th anniversary of the 3 March San Stefano treaty, which marked the Ottoman Empire defeat in the Russo-Turkish war of 1877-78. 3 March is the National Day in Bulgaria. 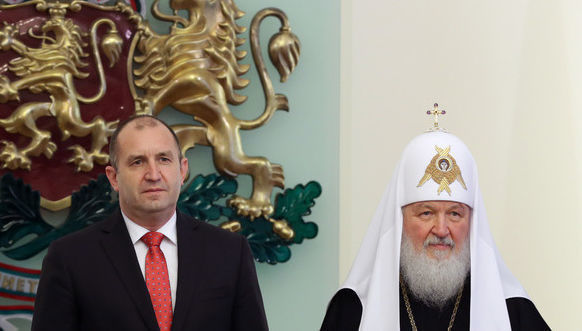 Russian Orthodox Patriarch Kirill said he was aggrieved by what he called the Bulgarian government’s attempts to dilute his country’s role during the 1877-1878 Russo-Turkish war, which paved the way for Bulgaria’s liberation after five centuries of Ottoman rule.

In the phone conversation, Borissov reportedly presented his idea for the development of the Belene nuclear plant project as a common endeavour in the Balkan region.

He assured Putin that there is support from his colleagues from the Western Balkan countries for Belene to become a common Balkan project, the government’s information office said.

Borissov has big plans for spending EU money in the Balkans in which Bulgaria is the centrepiece. It is less clear to what extent the EU and financial institutions would follow Borissov’s advice on how to spend their funds.

According to the same source, Vladimir Putin indicated that his country was ready to take part in discussions when resuming work on the project.

Bulgaria depends on Russia for 89% of its petrol, 100% of its natural gas, and all of the nuclear fuel needed for its Kozloduy nuclear power station, which has two functioning reactors.

The plan for a second nuclear central at Belene was shelved by Borissov’s government in 2012. It is widely assumed that Bulgaria cancelled the projects following Western pressure.

Among the issues discussed was the development of the Balkan gas hub project and “the possibilities for direct gas supply for Bulgaria under guarantees by the European Commission”.

But Russia-Bulgaria energy discussions are loaded with a heavy historical background. It was the Borissov government which cancelled the South Stream pipeline project, designed to bring 63 bcm/y of Russian gas under the Black Sea to the Bulgarian port city of Varna.

There was indeed pressure from the European Commission to cancel the project, but this pressure was based on unacceptable anti-competitive terms in the intergovernmental agreement, like promises that only Bulgarian, Russian and Greek firms would build the pipeline on Bulgarian territory. The project was scrapped in 2014.

Russia immediately turned to Turkey, replacing South Stream with a “Turkish Stream” project under which a first pipe will bring Russian gas to the European territory of Turkey.

No decision has been made concerning the second pipe, and the possibility that it could reach Bulgaria still exists.

Borissov has invested a lot of ambition in a “Balkan” gas hub near Varna, which would make sense especially if the second pipe of the Russian offshore pipeline reaches Bulgarian territory.

Reportedly, the construction of the Turkish Stream gas pipeline was also commented, Putin saying that this project was largely fulfilled and Borissov informing him that the interconnector link between Bulgaria and Turkey should be ready on 1 June.

“In this connection, the possibility of building a deviation from ‘Turkish Stream’, which reaches directly to the Balkan hub, has been considered”, the press service of the Bulgarian PM said.

Borissov and Putin also discussed the possibility of holding a bilateral meeting during the Bulgarian presidency of the Council of the EU. Bulgarian President Rumen Radev has invited Putin to visit the country in 2018. But the Bulgarian government readout doesn’t specify a visit of Putin to Bulgaria.

A Kremlin communiqué only says that Putin and Borissov “exchanged congratulations” on the occasion of the 140th anniversary of the liberation of Bulgaria following the Russo-Turkish war, and that energy projects were discussed.

An earlier version of this article was published on BulgarianPresidency.eu.