Renewables for heating, like solar thermal, have to go mainstream if Europe wants to attain its decarbonisation goals. [Dept of Energy Solar Decathlon / Flickr]

While renewable energies gradually assert their dominance in power generation, the heating and cooling sector remains far behind, with fossil fuels – heating oil, gas or even coal – still making up 84% of Europe’s heating consumption.

Paula Abreu Marques, head of unit at the European Commission in charge of renewable energy, has called for more efforts to raise the share of renewables in heating and cooling.

Renewables – such as biomass, solar or geothermal – currently represent only 18.6% of the total heating market. And the slow progress seen at national levels to increase this share is “unacceptable”, given the sector’s major contribution to energy consumption and global warming, she said.

Heating and cooling is responsible for 51% of final energy use in Europe and represents about 27% of CO2 emissions, according to the Commission.

“We need to achieve at least a 27% renewable share in heating and cooling” in order to reach the EU’s minimum target of 27% renewables in total energy consumption by 2030, Marques told a EURACTIV event on 30 May.

“This is essential if we want to achieve the target in a cost-effective way,” Marques emphasised. “If not, it means most of the burden will fall on the electricity sector. And that will make the target much more expensive to achieve,” she warned.

The challenge is indeed massive. Some 84% of boilers in Europe are currently powered by polluting fossil fuels like gas, heating oil or even coal, according to EU figures. And they’re spread out across millions of homes, which makes their replacement slow and more difficult to achieve.

“We have something like 120 million boilers all over Europe, which are very dispersed,” said Nigel Cotton of the European Copper Institute (ECI), a trade association.

According to Cotton, solutions seem pretty straightforward. “We should stop fossil fuel subsidies, promote renewable heat – and let people know that renewable heating options are available to them – and increase the renovation rate in our buildings,” Cotton told industry delegates at the EURACTIV event.

This is easier said than done, though. There are currently 28 different ways of dealing with heating and cooling across the European Union, remarked Siim Meeliste, an energy counsellor with the Estonian government, which picks up the rotating EU Presidency from Malta on 1 July for the next six months.

From an EU perspective, the aim is to promote renewable energies in heating, without locking Europe in any technology – whether relying on biomass, solar thermal or electrification, Meeliste said.

“Heating and cooling is mostly a regional market,” Meeliste stressed, saying anything the policymakers decide at EU level should take a strategic perspective. “We don’t know yet what the energy prices are going to be in the next 5 to 10 years, let alone 20 to 30 years from now. So we need to build a framework that is flexible,” he emphasised.

Claire Roumet, executive director at Energy Cities, an association of local authorities, could not agree more. Because of its local dimension, heating has stayed “below the radar” at EU level until now, she remarked. But she said attitudes were changing and policymakers were now looking at heating as part of the wider energy system.

There are few instruments to promote renewables in heating at the moment, however.

“If you want to have a sustainable or renewable heating and cooling system, you need to renovate your building stock,” said Maarten De Groote, head of research at the Buildings Performance Institute Europe (BPIE), a think tank.

But he said there was “hardly anything” in the Commission’s proposal for the revised Energy Performance in Buildings Directive (EPBD) to promote renewables in heating.

“On the level of renovation, there is nothing concrete either. That’s a huge failure,” he told EURACTIV in an interview.

All hopes on renewables directive

For proponents of renewables, this means all hopes at EU level now lie with the revision of the renewable energy directive, which was tabled last November as part of a wider package of legislation designed to decarbonise Europe’s energy system.

The European Commission’s proposed text stipulates that “Member State shall endeavour to increase the share of renewable energy supplied for heating and cooling by at least 1 percentage point every year.”

This is far too little for renewable energy advocates. José Blanco López, a Spanish socialist lawmaker who is the rapporteur on the directive for the European Parliament, wants to raise the objective to 2% and make it a legally binding obligation for member states.

But Marques conceded that “the 1% objective can be seen as quite ambitious” considering the very diverse starting points of European countries. “If you look at Sweden or Estonia, there is already a lot of renewables in heating and cooling. Their chance of increasing that share by 1 percentage point every year is a big challenge – it’s asking a lot.”

The Commission estimates that half of Europe’s heat demand is in areas where population density is high enough for district heating infrastructure, which is widespread in Nordic countries. District heating systems are often run by local authorities and use gas- or biomass-fired cogeneration plants that produce both heat and power close to residential areas, reducing the need for central power production and heavy power grids.

But a switch to district heating would be a huge change for most of western Europe, where households mainly rely on individual gas-fired boilers for space heating and hot water.

For Meeliste, this means EU ambitions have to remain modest and take account of national situations. “Targets are needed to show the way,” the Estonian official said but other instruments can be more effective in countries like Estonia, where renewables penetration is already high in large commercial and industrial buildings.

“In Estonia specifically, we have depleted all that potential,” so raising the share further “means we would need to get into people homes,” Meeliste said. “And the costs of those two measures are not comparable. We should pick the lowest hanging fruit first.” 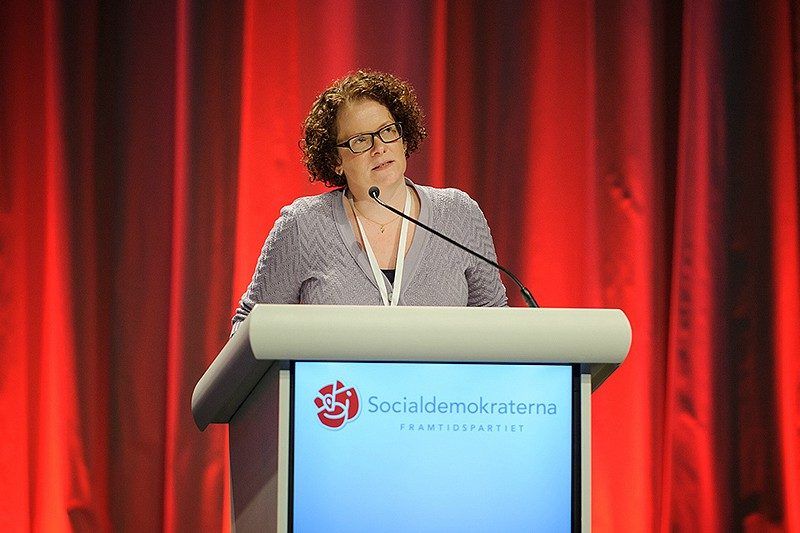 Others pointed to the limited role that grid-connected power can play in the short term to decarbonise the heating sector.

“Electricity will have a role in the future heating and cooling mix, but we must keep in mind that electrification is not the same as decarbonisation,” Cotton said in an opinion article for EURACTIV, underlining that fully decarbonising the electricity sector will take time and represent a “significant investment”. Renewables accounted for 27.5% of the EU’s gross electricity consumption, according to 2014 figures from Eurostat.

In the meantime, a range of renewable solutions is readily available, Cotton stressed, citing technologies such as biomass, co-generation that reuses heat from industrial processes, or geothermal electricity that can feed hospitals and schools via district heating networks.

What policymakers at European level can do is to set ambitious goals, he continued, backing calls by MEP López to raise the share of renewables in heating by at least 2 percentage point every year, instead of 1%.

“The stability of the regulatory framework for support to renewable investment planning at the local level is crucial,” Cotton said, calling on EU policymakers to back a higher target for renewables in heating.