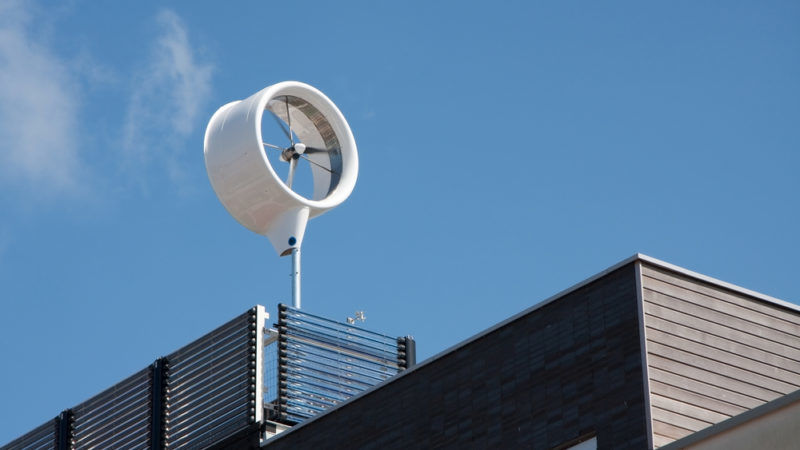 MEPs want to close a loophole that would allow renewable energy-powered homes to skip out on renovation and energy efficiency measures. [Shutterstock]

Lawmakers on the European Parliament’s energy and industry committee (ITRE) will vote on the revised EPBD Wednesday (11 October).

But the annex to the proposal has caused a stir among environmental groups, who have warned that it risks allowing houses powered by renewable energy to be classed as more energy efficient than others, even when they are poorly insulated and waste huge amounts of heat.

This would essentially allow people to invest in renewable-generating energy sources, such as solar panels instead of renovation, which is the whole point of the directive.

“This would be totally misleading, encouraging consumers to rent wasteful buildings under the illusion that they are energy efficient,” wrote the WWF in its energy efficiency blog. “Energy efficiency and renewables need to go hand in hand,” it stressed, calling on MEPs to delete the part of the text that would cause “the wasting of renewables”.

In a rare show of unity, industry groups in the building renovation business have teamed up with the WWF to denounce the part of the annex dealing with renewable energy discounts.

“80% of energy consumed in a building is for heating and cooling, reducing energy waste should be a key priority,” says a joint industry position paper led by Eurima, the European insulation manufacturers association. “The discounting of renewable energy production must be removed from Annex I EPBD,” says the paper, which was signed by CEFIC (chemicals), PlasticsEurope, Glass for Europe, European aluminium and PU Europe (insulation).

MEPs have also been keen to highlight that the EPBD is a tool that is intended to help regulate climate policy by contributing significantly to decarbonisation efforts.

While added benefits like improved health care, increased renewables use in the energy mix and better e-mobility infrastructure are not to be sniffed at, Danish rapporteur Bendt Bendtsen (EPP) has also underlined that the EPBD is not meant to regulate other policy areas like transport.

That is why his draft report actually attempts to close the loophole left open by the European Commission, by amending the annex so that member state calculations first consider the energy needs and then take into account renewables that are used on-site.

Bendtsen told EURACTIV.com that this part of the directive is a “clear concern and priority for me”, adding that other “shadow” rapporteur colleagues from separate political groups in the European Parliament “share that as well”.

But the Danish lawmaker also warned that the issue is made all the more complex by the fact that energy mix is a matter of national competence.

Bendtsen highlighted his dedication to the ‘energy efficiency first’ principle, insisting it must not be “just a buzzword” and that undermining it would erode away at the incentives to renovate and the safe investment environment his report strives so hard to create.

The annex is amended by compromise amendment 32 of Bendtsen’s report and it enjoys strong support among the main political groups. The Europe of Freedom and Direct Democracy group (EFDD) had actually pushed for a stronger revision of the Commission text but was ultimately unsuccessful in getting its position into the final draft.

ITRE lawmakers vote on Wednesday and will then decide whether to grant Bendtsen a mandate to go straight to trilateral negotiations with the Commission and the EU Council.

If unsuccessful, it will first have to go to a full sitting of the European Parliament but the Danish politician told EURACTIV he is confident of skipping that step and going straight to trialogue, which is tentatively earmarked for 7 November.