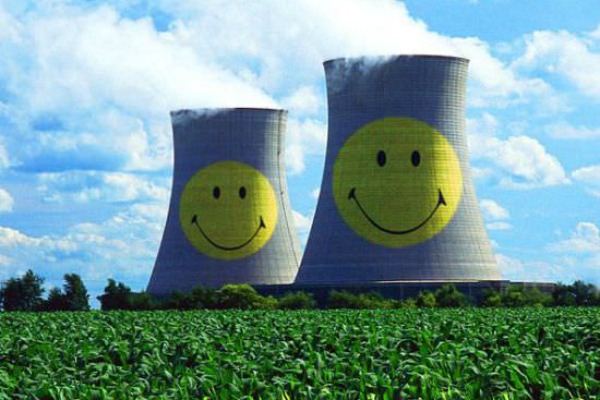 EXCLUSIVE / Big energy-guzzling companies will get a handout of up to €2 billion under proposed new state aid rules due to be finalised by the European Commission by 9 April, according to an analysis by the Öko Institute, which EURACTIV has seen.

The analysis says that industry’s contributions to financing renewable support schemes planned under the new guidelines could be slashed by a third of current revenues.

“This is clearly a gift to Germany and if industry is going to pay less, the consumer will have to pay more,” said the Green MEP Claude Turmes . “The commission will effectively be bankrolling windfall profits for big carbon emitters.”

The complicated new EU rules follow a Commission investigation into the market-distorting potential of Germany’s energiewende transition to a renewable-powered economy, which has been fuelled by feed-in-tariffs.

The Commission’s proposed text, which EURACTIV has seen, would allow exemptions from renewable levies for firms that fall within one of 65 identified sectors, and also for those with an electricity intensity of 25% – or a trade intensity outside the EU of 4% – albeit such intensities are not defined.

These businesses could be eligible for discounts of up to 80% of the surcharge due to German Feed-in tariff Law (EEG).

According to the Öko researchers, this model will lead to a significant expansion of ‘privileged’ industry not subject to surcharges with a “very high probability” of contributions falling – in extreme circumstances by more than a third of the current €5.1 billion.

“The contribution could conceivably fall by a third or more and could even drop to €2 billion,” the analysis says.

The Öko researchers are at pains to adopt conservative estimates and make clear that they possess neither the EU’s undisclosed ‘intensity’ definitions, nor all relevant company-specific data, and were obliged to rely on official statistics.

Nonetheless, one leading German economist, Professor Karsten Neuhoff of Berlin’s German Institute for Economic Research told EURACTIV that the Öko research, which he has seen, is “probablv the best estimate you can get at the moment.”

The Commission’s planned ‘market premium’ model is very different from the current feed-in-tariff system that obliges electricity suppliers to pay renewable energy generators and distributors a tariff for the power they produce.

Renewables are different from other energy sources in that they require large upfront investments to get off the ground – and no further fuel costs once they are in operation – but economists say this has been one contributing factor to electricity price rises in countries such as Germany.

Index-linked gas imports  and utility profit-taking may have been more relevant factors in other countries such as the UK, where gas and electricity prices spiked by 37% between 2010 and 2013.

Over roughly the same period, profits at the UK’s ‘Big Six’ energy suppliers rose by some 500%, according to the industry regulator, Ofgem, while gas imports last year soared to $69 billion.

Yet despite Europe’s commitments to decarbonise by 2050, a policy-making consensus has emerged that views renewable subsidies primarily as a cost to industry and a signature drag on its competitiveness.

This perspective has been challenged by 10 of Europe’s most eminent economists in a letter to the energy commissioner Günther Oettinger and competition commissioner Joaquín Almunia, which EURACTIV has obtained.

Shifting from a feed-in tariff system to one based on sliding market premiums would create long-term risks for consumers and investors, and make incumbent utilities less likely to agree long term contracts capable of meeting EU renewable energy targets, they argue.

“Feed?in systems are often criticized for being incompatible with short?term markets and for creating negative prices,” the economists write. “In fact, it is the priority dispatch rule and not the feed?in tariff that contributes to negative prices.”

The priority dispatch rule, which was intended to overcome structural discrimination against renewable energies, can create uncompetitive electricity prices for hours at a time when inflexible energy of any sort is generated. But, unlike premium systems, feed-in tariffs can compensate investors for energy ‘spilled’ this way, and so are less distorting, the economists say.

The inability of premium systems to protect consumers and developers alike creates barriers for new market entrants, and risks ineffective forward contracting and increased market costs, according to the economists.

“If the EU wants to achieve the policy objectives of advancing the EU energy market, reducing costs to consumers, and delivering the EU energy security, renewable and climate targets, it should allow for the option of using easier to manage feed?in systems,” they conclude.