Romania aims for energy independence in response to Ukraine war 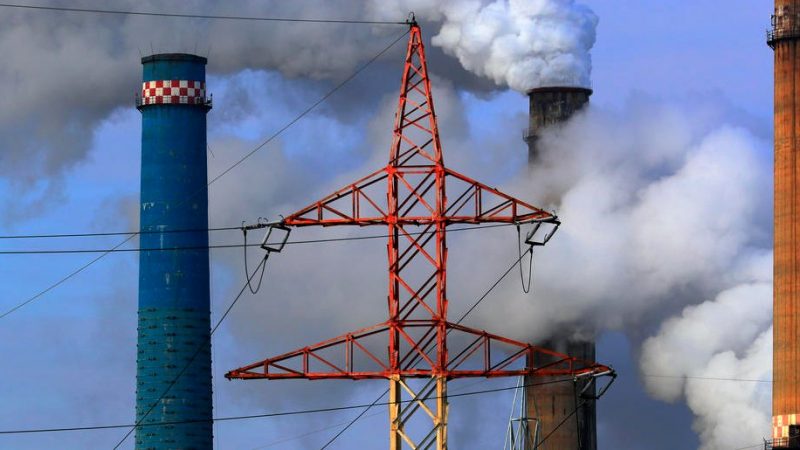 The Romanian government wants to transform the country’s energy infrastructure and energy mix to attain energy independence, but experts warn there are still issues while environmental groups call for a bigger role for renewables.

However, the Energy Ministry said Romania is one of the least dependent states on Russian gas as neither the Romanian state nor the companies have contracts with Gazprom. Still, there are intermediaries of the Russian company that sell gas in Romania.

“The vulnerability of a country is not only given by how much it imports in a year but by how much it matters in an hour/day of maximum consumption, what are the hourly resources stored that you can rely on if you do not have gas from import, which are the immediate energy alternatives that a consumer can use in the event of a lack of gas and especially if the import is the source on which you are going to lose your balance,” said Dumitru Chisăliță, president of the Intelligent Energy Association (IEA).

The situation could change later this year when the extraction of the 200 billion cubic meters of Black Sea gas reserve will start, as a law passed last month gives the government a pre-emption right to purchase.

More than a third of Romania’s electricity production is provided by hydropower, followed by coal and wind power (approximately 16% each), fossil fuels with 14.3%, and nuclear and solar energy contribution just over 7% each.

“Due to the country’s currently slow growth of renewable energy, projections show Romania will not meet the EU target of 32% renewables by 2030, even though their actual share in the energy mix is already 25%” – the 2022 Climate Change Performance Index shows, recommending policymakers to need to speed up policy ambition, as the National Recovery and Resilience Plan (NRRP) includes phase-out for both lignite and hard coal by 2032.

The Romanian government expects €16 billion of EU funds until 2030 to develop its energy sector in the transition to an environmentally friendly economy and to combat the effects of climate change.

The EU Modernisation Fund supports 10 lower-income member states in their transition to climate neutrality and could bring an additional €1.1 billion to strengthen the energy distribution network.

The European Commission already approved a €2.66 billion restructuring aid for the third-largest electricity producer in the country, Oltenia Energy Complex, to replace lignite-based electricity production with electricity produced from natural gas and renewables (1.2 GW in combined cycle turbines and 725 MW of photovoltaic energy).

Funds will also be directed to upgrading the power line next to the Black Sea to allow the installation of an additional 600 MW of renewable energy in that region.

Romania committed €1.6 billion to the energy sector in its national recovery plan adopted in the wake of the COVID-19 pandemic. This includes €460 million for renewable energy production, €300 million for high-efficiency cogeneration and €200 million for the integrated production capacity of photovoltaic batteries and panels.

But the president of the Intelligent Energy Association is pessimistic.

“Even if we manage to produce renewable energy for the entire domestic consumption, we will still be dependent on technology import,” he told EURACTIV.

From strategy to facts

Romania’s Integrated National Plan in the field of Energy and Climate Change (PNIESC) proposes 5.1 GWh of solar and 5.3 GWh of wind capacities by the end of the decade and increasing the number of energy prosumers.

Cristian Bușoi, the Romanian chair of the European Parliament’s Committee on Industry, Research and Energy, also thinks society has an important role through national programmes and the EU Solar Strategy.

“Romania took important steps towards energy independence on the levels of planning, policy and strategy. We need to make sure that it happens in practice as well, as the country, unfortunately, does not have a brilliant capacity of implementing projects,” the centre-right European People’s Party lawmaker told EURACTIV.

He thinks these investments take effort, but EU funds and low-interest loans cover most.

“With the offshore exploration law, we will have, in 2026-2027, important quantities of gas which will not only assure energy independence but also will help neighbouring countries,” Bușoi added, also reminding Romania’s nuclear energy projects and the possibility of using heat pumps for communal heating systems, which could be a solution for the capital city.

Market sources reported that Romania’s largest natural gas producers, Romgaz and OMV Petrom, plan to invest in a joint hydrogen production project in a wind farm close to the Black Sea, while Transgaz considers a €626 million investment in the construction of hydrogen pipelines.

A report commissioned by the European Union on hydrogen mentions a project that aims to produce over 80,000 tons of green hydrogen per year in the Romanian Dobrogea region and export it to Austria and Germany on the Danube river.

Talking to EURACTIV, Laura Nazare, Bankwatch Romania’s coordinator of the energy transition campaign said …. that if the Romanian government wants to make energy affordable, it needs to boost investments in energy efficiency, such as housing renovation programmes, targeting vulnerable consumers, installation of renewable energy production technologies and to prioritise renewable energy, while upgrading the electricity grid.

“Romania has huge potential for offshore wind that should be tapped. Such measures would prevent deepening the country’s fossil gas dependence and ensure to live up to its climate and energy commitments,” she concluded.