Russian gas giant Gazprom has already dramatically reduced the volume of gas transiting via the country, as Moscow and Kyiv remain at loggerheads over the annexation of Crimea and simmering conflict in the east of Ukraine.

Kyiv fears the loss of revenue from transit taxes, on top of being bypassed politically as well as physically by new gas pipes.

The meeting will bring together delegations from Gazprom and its Ukrainian counterpart Naftogaz, which have been locked in legal battles for years.

“It is clear that time is of the essence. The negotiations that lie ahead of us are complex,” said European Commission Vice President Maroš Šefčovič ahead of the talks. 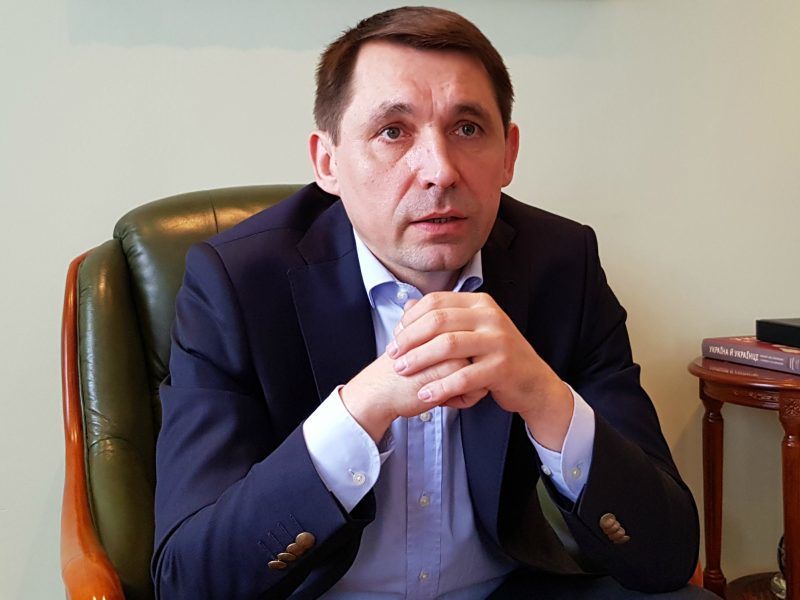 Ukraine’s Ambassador to the EU, Mykola Tochytskyi, explains in an interview with EURACTIV why Kyiv is against the planned Nord Stream 2 pipeline. He also talks about Ukraine’s relations with Brussels and its complicated ties with Moscow.

The meeting will focus on Gazprom’s plan to construct and put into operation by the end of next year the Nord Stream 2 gas pipeline, which would bring gas to Germany via the Baltic Sea, bypassing Ukraine.

The pipeline will follow the track of the existing Nord Stream 1 and will double the amount of Russian gas arriving in the European Union’s most powerful economy via this route.

Germany has long insisted this is a purely “commercial” project and in March lifted the final obstacles to its construction.

But the following month German Chancellor Angela Merkel delivered an unexpected blow to Moscow’s strategic initiative, insisting Ukraine should continue to play a key role in the transit of gas to Europe.

“There are also political factors to take into consideration,” Merkel said at a joint press conference in Berlin with Ukrainian President Petro Poroshenko at the time.

“(Nord Stream 2) is not possible without clarity regarding the transit role of Ukraine,” she said.

For his part, the Ukrainian president said the project was “absolutely political”.

“Why spend tens of billions of dollars to make the European economy less efficient, less competitive and the energy politics of the EU more dependent on Russia?”

The project has also been criticised by US President Donald Trump.

The United States has an interest in selling shipped liquified natural gas (LNG) to Europe, but for the moment this is much less economically viable than Russian gas.

“So we will be selling LNG and competing with the pipeline. I think we’ll compete successfully. Although there is a little advantage location-wise,” Trump said after meeting with Russian President Vladimir Putin in Helsinki on Tuesday.

Another project, the Turkish Stream pipeline, is further set to reduce the role of Ukraine in gas transit.

But Putin was conciliatory, saying Russia was ready to keep up transit via Ukraine after Nord Stream 2 becomes operational and extend the transit agreement.

Putin said this was possible if Ukraine’s national gas company Naftogaz and Gazprom resolve their gas dispute at a Stockholm arbitration court.

European demand for gas has been rising since 2015, largely because of a drop in production in the Netherlands.

Last winter Gazprom raised exports to the continent to a record high thanks to the cold weather.

On the record day of 2 March, gas pipelines delivering Russian gas to Europe were working at up to 99%  of their capacity, said researcher Jack Sharples in a recent publication by the Oxford Institute for Energy Studies.

“Gas transit via Ukraine will continue to be necessary in substantial volumes throughout the year until Nord Stream 2 and Turkish Stream are launched,” he said.

But after that the role of Ukraine would depend on an agreement reached with the European Commission or the demands of clients, he added.

Thierry Bros, a researcher at the Oxford Institute for Energy Studies, said the sides must not only reach an agreement about what happens after 2019, but also what happens now – given that Gazprom is turning to the courts to demand the annulation of its current contracts with Ukraine.

“Now a global contract must be reviewed with two unknowns – the Nord Stream 2 project and the transit tariff, since we do not know what Ukraine will propose,” he told AFP.

“If this were just a commercial question, Ukraine would be able to make Nord Stream 2 uncompetitive by lowering its own transit tariffs,” he said, though in fact Kyiv is asking in courts for the rate to be increased to make up for the decline in volume.