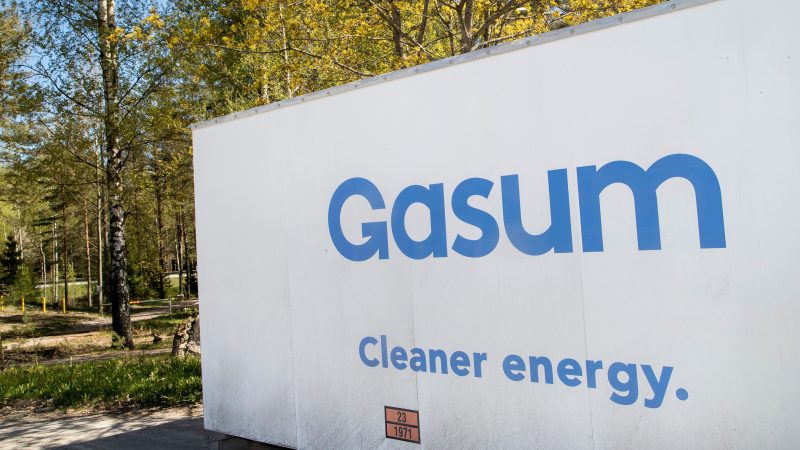 Russia on Saturday (21 May) stopped providing natural gas to neighbouring Finland, which has angered Moscow by applying for NATO membership, after the Nordic country refused to pay supplier Gazprom in rubles.

Following Russia’s February 24 invasion of Ukraine, Moscow has asked clients from “unfriendly countries” – including EU member states – to pay for gas in rubles, a way to sidestep Western financial sanctions against its central bank.

Gazprom said in a statement Saturday that it had “completely stopped gas deliveries” as it had not received ruble payments from Finland’s state-owned energy company Gasum “by the end of the working day on May 20”.

Gazprom said it had supplied 1.49 billion cubic metres of natural gas to Finland in 2021, equal to about two thirds of the country’s gas consumption.

However, natural gas accounts for around 8% of Finland’s energy.

In April, Gazprom Export demanded that future payments in the supply contract be made in roubles instead of euros. Gasum rejected the demand and announced on Tuesday it was taking the issue to arbitration.

Gazprom Export said it would defend its interests in court by any “means available”. 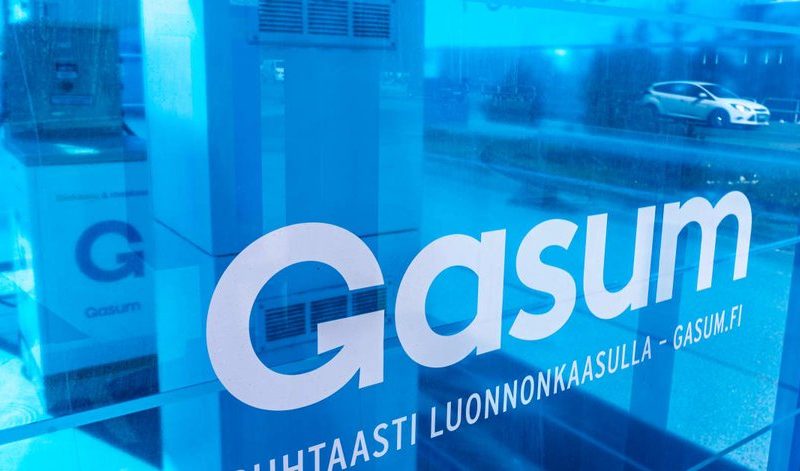 Finland prepared for gas cut off

Gasum said it would be able to secure gas from other sources. Gas used to heat households and required by essential services “can be covered in all situations”, the country’s Ministry of Economic Affairs and Employment said on Friday.

The ministry added that Finland had made preparations for such an eventuality, including the National Energy Supply Agency ensuring households, healthcare and social welfare providers as well as the food industry have the supply they need.

In efforts to mitigate the risks of relying on Russian energy exports, the Finnish government on Friday announced it had signed a 10-year lease agreement for an LNG (liquefied natural gas) terminal ship with US-based Excelerate Energy.

Gasum also said it would make up for the shortfall from other sources through the Baltic connector pipeline, which links Finland to Estonia.

According to the Finnish Chamber of Commerce, the cessation of Russian imports will not have a dramatic effect and enough gas can be supplied via the Baltic pipeline over the summer.

“Finnish companies have been preparing for the possibility of a gas supply shock by finding other supply routes and switching to other raw materials and energy sources. The high price of natural gas has already driven industries to look for alternatives and ways to decrease use,” Teppo Säkkinen from the Chamber told EURACTIV.

“The Finnish government has moved quickly to improve our LNG infrastructure. If in place by winter, the LNG terminal ship will secure the capacity to supply for the whole of Finnish industrial demand,” he added.

However, the Finnish economic and employment ministry admitted that replacing the gas would not be “without problems”.

“The precise impact on the availability and price of gas will depend on the import routes used and the development of demand. In summer, demand is clearly lower than in winter,” it said in a statement.

Finland, along with neighbouring Sweden, this week broke its historical military non-alignment and applied for NATO membership, after public and political support for the western alliance soared following the invasion of Ukraine.

Moscow has warned Finland that any NATO membership application would be “a grave mistake with far-reaching consequences”.

Both Finland and Sweden are seemingly on the fast track to joining the military alliance, with US President Joe Biden offering “full, total, complete backing” to their bids.

But all 30 existing NATO members must agree on any new entrants, and Turkey has condemned the Nordic neighbours’ alleged toleration of Kurdish militants and has so far voiced opposition to letting them in.

Russian Defence Minister Sergei Shoigu has said the Kremlin would respond to any NATO expansion by creating more military bases in western Russia.

Saturday’s halt to gas shipments follows Moscow cutting off Poland and Bulgaria last month in a move the European Union described as “blackmail”. 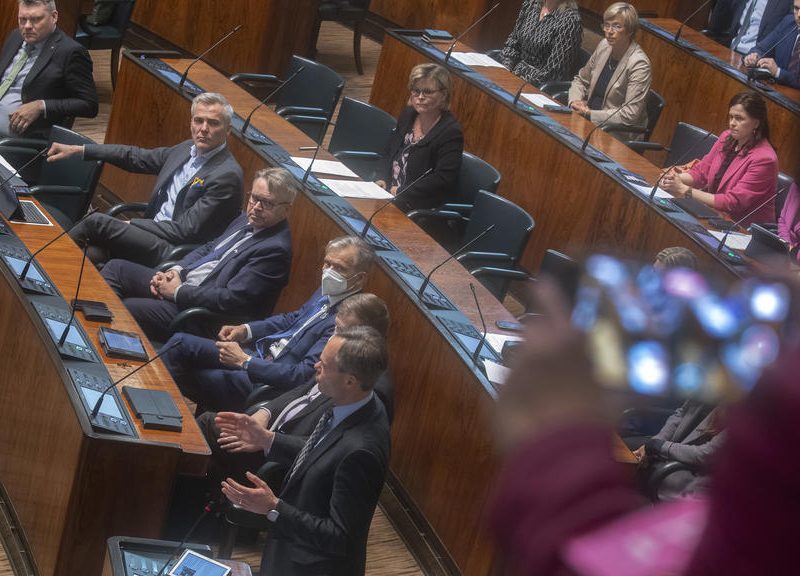 Russia’s decision to stop selling gas to Finland is not related to the country’s decision to apply for NATO membership, parliament Speaker Matti Vanhanen from the Center party said on Saturday.

“It would be easy to say that decisions concerning energy …