Russia invests in LNG project to ‘diversify’ from Europe 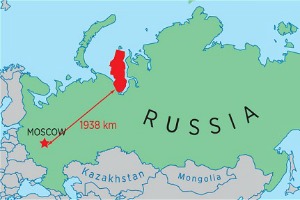 Russian President Vladimir Putin has ordered the government to expand tax breaks to more deposits that will supply gas for the Novatek-led liquefied natural gas project in Russia's Yamal peninsula, according to the Kremlin's website.

Putin has urged domestic companies to develop seaborne liquefied natural gas (LNG) and diversify away from cash-strapped Europe where demand for gas has weakened.

Putin has ordered tax breaks for the fields from the neighbouring Gydan peninsula in the Arctic, where Novatek also has exploration licences, according to documents posted at the Kremlin web site.

"The news of the potential extension of the tax incentives is welcome," Sberbank CIB analysts said in a note.

"Novatek's Salmanovsky and Geofizichesky fields in Gydan, right across the narrow Ob Bay from (Yamal's) South Tambey, have resources to be producing up to 30 billion cubic metres of gas and 1.2 million tonnes of condensate as soon as 2020, with output potentially starting in 2017."

Russia's only LNG plant, with annual capacity of 10 million tonnes, is located in the Russian far eastern island of Sakhalin and is operated by a Gazprom-led consortium, which includes Anglo-Dutch major Royal Dutch Shell.

The government is working on amendments to the law to liberalise LNG exports – so far exclusively handled by state-controlled Gazprom – with a view to implementing the new regulations from 1 January 2014.

The exports liberalisation is crucial for Yamal LNG, which is slated to produce 16.5 million tonnes of the frozen seaborne gas in 2018.

On the Yamal peninsula in northwest Siberia have been discovered 11 gas fields and 15 oil, gas and condensate fields. They consist of 16 trillion cubic meters (tcm) of explored and provisionally evaluated gas reserves and nearly 22 tcm of in-place and forecast gas reserves. Condensate reserves are estimated to consist of 230.7 million tonnes and oil reserves to consists of 291.8 million tonnes.

Russia’s proven gas reserves are the largest in the world and are estimated at over 32 tcm.