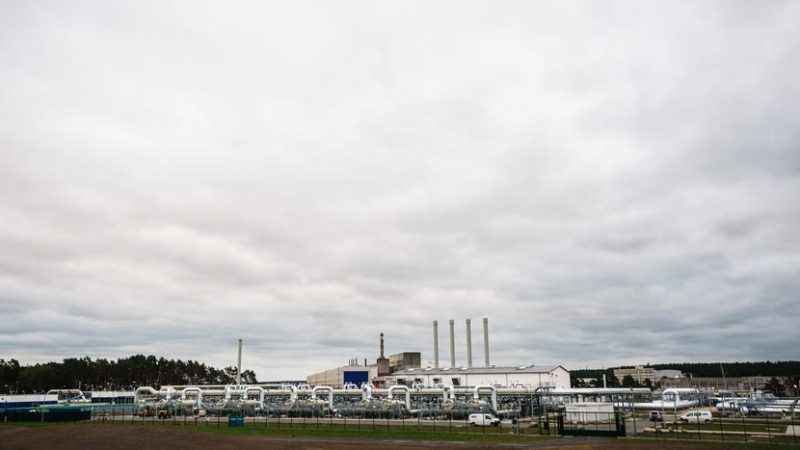 Russia’s Energy Ministry is due to prepare a report in the coming days about the possibility of Rosneft exporting natural gas to Europe via the new Nord Stream 2 pipeline, Interfax cited Deputy Prime Minister Alexander Novak as saying on Wednesday (15 September).

The Energy Ministry and Rosneft did not immediately respond to requests for comment.

Oil-focused Rosneft and its shareholder, BP, have long sought to export natural gas to Europe as exports are more lucrative than domestic sales.

Russia announced last week that it had completed construction of the $11 billion Nord Stream 2 to Germany, doubling its gas exporting capacity via the Baltic Sea.

Europe is hungry for the gas, particularly with prices in the region having hit record highs ahead of winter.

Spot prices in the Dutch TTF gas hub exceeded 66 euros per megawatt hour, or more than $800 per 1,000 cubic metres, on Tuesday amid low levels of underground gas storage in Europe.

“The German regulator … will probably try to issue all the necessary permits in the fastest possible way,” said Dmitry Marinchenko, a senior director at Fitch.

Gazprom said in August that Nord Stream 2 could deliver 5.6 billion cubic metres of gas by the end of the year.

The Bundesnetzagentur gas regulator’s website, which was updated on 13 September, said that the four-month period to certify Nord Stream 2 started on 8 September.

Alexei Grivach of the National Energy Security Fund, a pro-Kremlin think-tank, also said it was possible that German authorities will hasten clearance despite the resistance from the United States and some European countries.

“This will not be easy, taking into account the political environment … but in order to stabilise the market the artificial barriers should be overtaken,” he said.

Nord Stream 2 has drawn criticism from the United States and Ukraine among others, with Washington saying the pipeline will increase Europe’s reliance on Russian energy supplies.

Ukraine reiterated its stance on Tuesday.

“This threatens the energy independence of many Eastern European countries and undermines Ukraine’s security,” Energy Minister Herman Halushchenko said of the pipeline.

Russia, meanwhile, has said Nord Stream 2 is a commercial project that will strengthen Europe’s energy security.