This week’s oil price rout had become inevitable and cutting output has ceased to make sense because it is unclear how deep the impact of the coronavirus on demand will be, Russia’s deputy energy minister said in an interview with Reuters on Wednesday (11 March).

Last week, Saudi Arabia failed to secure Moscow’s support for deeper output cuts at a meeting of the Organization of the Petroleum Exporting Countries and its allies, known as OPEC+. 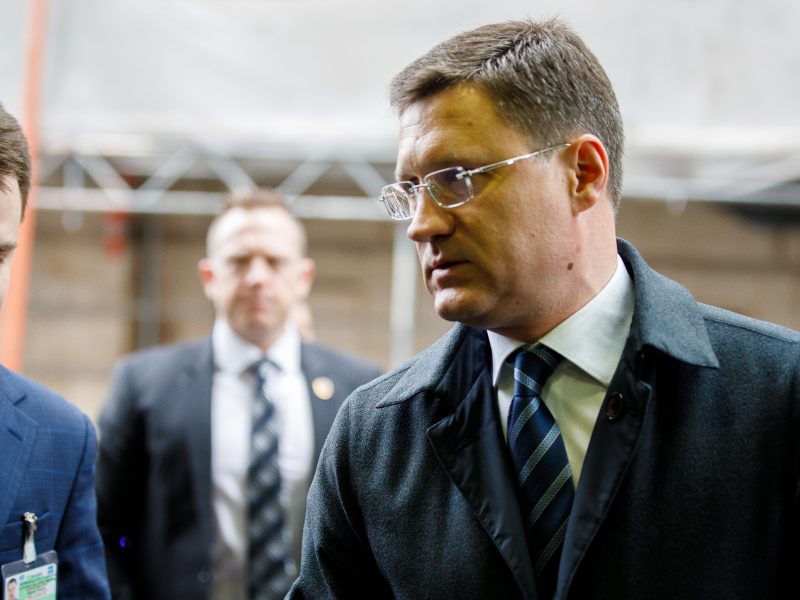 Following the disagreement, Saudi Arabia has threatened to flood the market with oil. Oil prices LCOc1 dropped by as much as a third on Monday and fell again on Wednesday to around $36 a barrel.

OPEC had proposed to deepen cuts by 1.5 million barrels per day (bpd) and Russia was asked to cut an extra 300,000 bpd.

Pavel Sorokin, Russia’s deputy energy minister, described that task, which would have doubled Moscow’s commitment to 600,000 bpd, as technically challenging.

He said there was no point in cutting until after everyone understood how sharply demand could fall.

“We cannot fight a falling demand situation when there is no clarity about where the bottom (of demand) is,” Sorokin said. He attends all joint meetings with OPEC with his boss Alexander Novak and gave Reuters his first interview since last week’s meeting.

“It is very easy to get caught in a circle when, by cutting once, you get into an even… worse situation in say two weeks: oil prices would shortly bounce back before falling again as demand continued to fall.”

Russia had proposed extending existing OPEC+ combined cuts of 1.7 million bpd for at least one more quarter to try to assess the real impact on demand from the coronavirus, but OPEC refused. From 1 April all OPEC+ producers can now pump oil freely.

“We see the (current) market situation as predictable yet unpleasant… Market and market forces will regulate it fairly quickly,” Sorokin said, adding he expected to see the first signs of lower oil production activity at costly projects worldwide in 4-6 months.

Sorokin said Russia was open to talking to OPEC again if the situation arises and was not engaging in a price war.

“All communication channels are open, but I cannot predict when we will meet again – this largely depends on our partners,” he said.

Russia’s oil producers, who price their crude in dollars on world markets, would be sheltered by the dollar-rouble exchange rate.

“We are not in a price war with anyone… We are competitive. We watch the market and understand that such a situation will help the market to recover. High-cost projects will disappear,” Sorokin said.

Russia can quickly add 200,000-300,000 bpd to its production, raising it further to 500,000 bpd in the next couple of months, which would take Moscow’s oil and gas condensate output to around 11.80 million barrels of oil equivalent per day (boepd).

That would be a post-Soviet high but still below the more than 12 million bpd the Saudi energy ministry has said it will produce in April.

Last week’s split between Russia and OPEC ended nearly three years of coordination, during which time the market accepted the idea producers would prevent a market collapse.

A fresh cut last week would have boosted prices and in turn brought on new projects that would flood the market in three-to-four years’ time, he said.

“Sooner or later, we would have faced an oil price fall to $40 and lower, with the exit (from the deal) in six months or a year,” Sorokin said.

The deputy minister sees oil market equilibrium at $45-55 per barrel, which is comfortable for producers and low enough for the global economy to recover from the coronavirus impact.