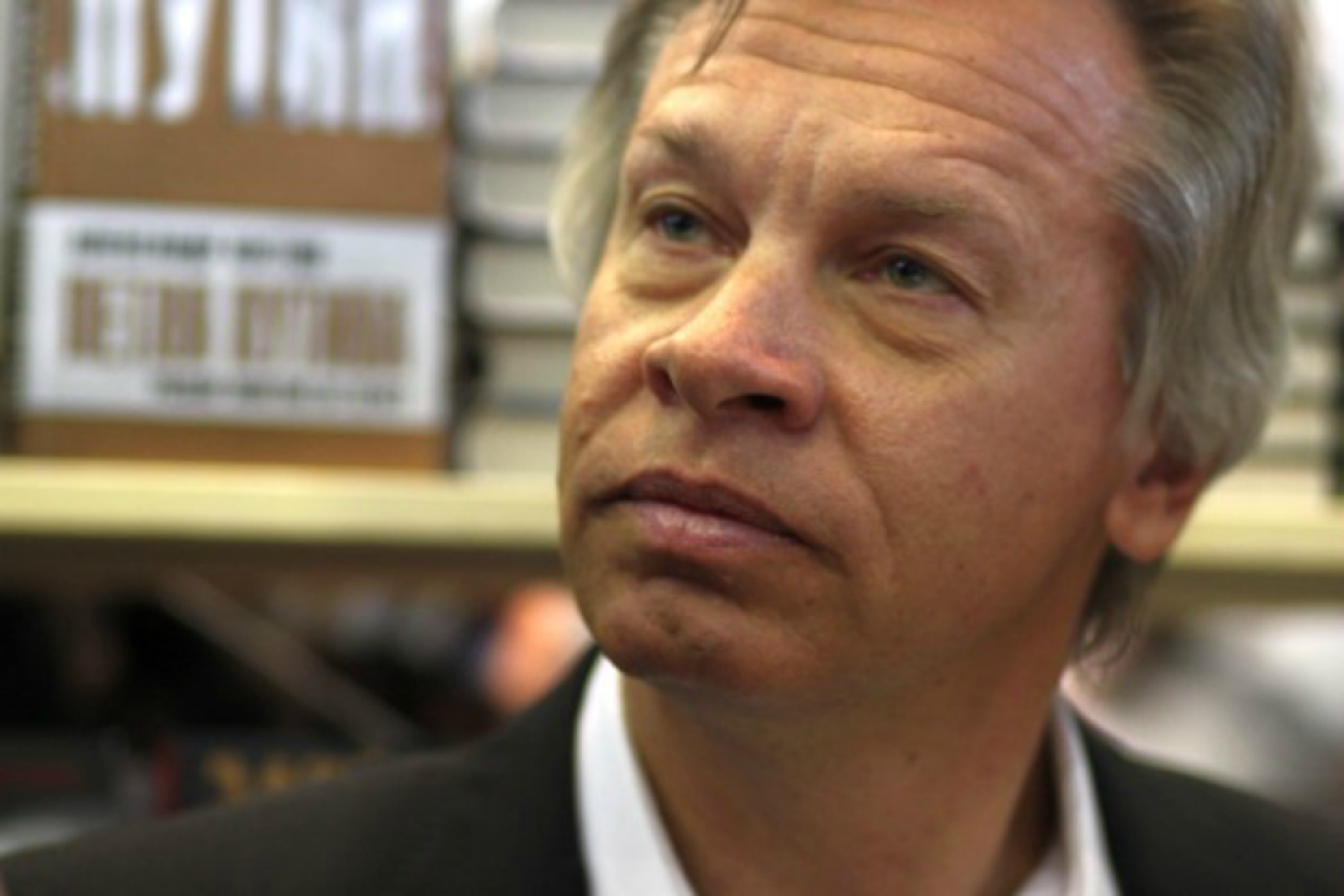 Alexei Pushkov, head of the international department of the lower chamber of the Russian Parliament, the Duma, has said Russia must stop its gas talks with Ukraine and adopt sanctions against its neighbour.

Speaking to TV channel Rossia 24, Pushkov said that “degree of aggression” by the authorities in Ukraine vis-à-vis Russia was increasing and that talks could not continue under such circumstances.

Protests in Kyiv turned violent against the Russian embassy on Saturday, following the downing of a Ukrainian military plane by pro-Russian separatists outside Luhansk, in which 49 Ukrainian servicemen were killed. A video shows Ukrainian foreign minister Andriy Deshchytsia at the protest, calling Putin “a dickhead” [read more].

The developments don’t augur well for talks aimed at preventing a new gas crisis over a payment dispute between Moscow and Kyiv.

Ukraine and Russia made a last-ditch attempt to reach a deal in a gas pricing dispute yesterday (15 June), hours before a deadline for Kyiv to pay a $1.95 billion debt or have its gas supplies cut off.

Sources close to the talks in Kyiv said no breakthrough was made in the initial stages of the talks on Sunday evening, but the sides continued talking after a pause.

Russia and Ukraine disagree on how much Kyiv should pay for the natural gas it receives from Russia. Russian state-owned natural gas producer Gazprom plans to switch to an system requiring payment in advance if Kyiv does not start paying its bills.

The deadline is 0600 GMT on Monday, after which Russia has threatened to halt supplies to Ukraine.

This could disrupt the gas flow to the European Union, which gets some of its imports via Ukraine, but prospects of a breakthrough have been hit by political tensions and clashes between government forces and pro-Russian separatists in east Ukraine.

The European Commission has tabled a compromise in the gas talks along the following lines, according to a press release published during the night of 15 to 16 June:

The Ukrainian side was ready to accept this, but for the moment the Russian partners were not, the Commission said, adding that the Russian side insisted on the immediate payment of $1.9 billion, and an overall price of $385.

As the Commission is convinced that a solution is still possible and in the interest of all parties concerned, it will reflect on the next steps, and on when to bring the parties together again.

As of 8.00 am today CET, Gazprom has switched “Naftogaz Ukraine” to the prepayment mode for gas supplies, the Russian gas export monopoly announced, adding that the move was “in full compliance” with the existing contract. The statement says:

“According to the preliminary bill for gas deliveries in June, no payment has been received either. As of today, the Ukrainian company will receive the amount of Russian gas it will have paid for.”

Gazprom also said it was turning to the Arbitration Institute of the Stockholm Chamber of Commerce over the issue.

Ukraine insists on a price of $268.50 per 1,000 cubic meters while Russia stands by its demand for $485. The European Commission is trying to get the two sides to agree in the middle.