According to the reports, Gazprom chief Alexei Miller accepted the settlement — originally ordered by an arbitration court in Stockholm in February 2018 — after both sides reached an agreement in principle last week on the transit of Russian gas to Europe.

Ukraine is a key transit route for Russian …

Earlier this week, Moscow and Kiev signed a preliminary deal on the transit of Russian gas to Europe via Ukraine, after months of difficult talks but ahead of the looming New Year deadline.

The current gas transit contract between the two ex-Soviet countries expires at the end of the year and ties between them have been strained since Moscow annexed Crimea in 2014 and supported a separatist insurgency in eastern Ukraine.

Gazprom CEO Miller said that in return for the payment — which is to be made before the end of the year — Naftogaz had agreed to drop all other legal action.

That information was confirmed by Ukraine’s Energy Minister Oleksiy Orzhel at a news conference in Kiev.

Orzhel said the gas transit deal would run for five years and that the minimum guaranteed volume will be 65 billion cubic metres in the first year and 40 billion in the following four years.

The deal was reached at three-way talks between Kiev, Moscow and the European Union on Thursday and Friday. 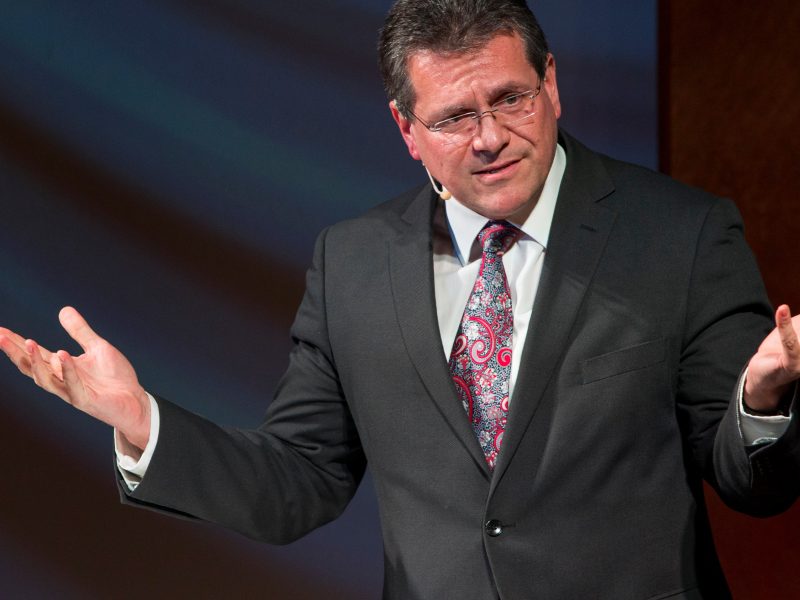 An agreement was reached Friday (20 December) on transit rules for Russian gas going through Ukraine. Maroš Šefčovič explains why this is good news for Europe and all parties concerned.

Transit problems for Russian gas began after the fall of the Soviet Union when an independent Ukraine won control of the pipeline infrastructure.

Several supply crises followed, with Russia using gas as a weapon against Ukraine and cutting supplies repeatedly in 1992, 1993 and 1994.

The current contract between Russia and Ukraine was signed following the last gas crisis which ended up disrupting European supplies in 2010.