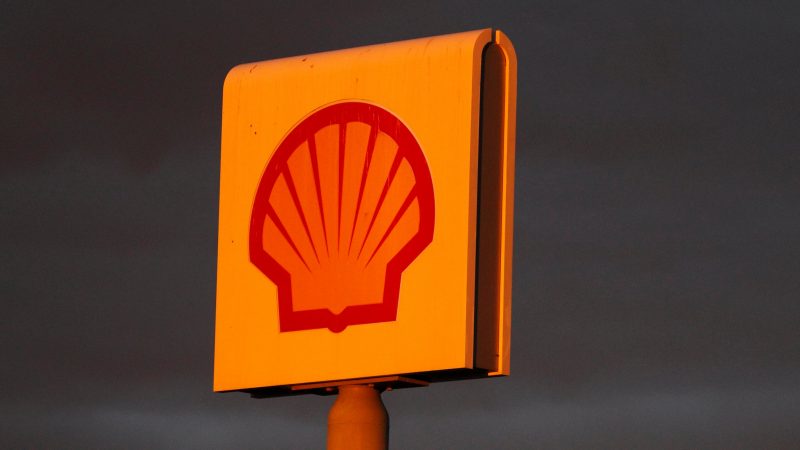 Seven environmental groups, including Greenpeace and Friends of the Earth, filed the lawsuit against Shell in April last year, on behalf of more than 17,000 Dutch citizens. [Ed Dunens / Flickr]

It is the first ruling ordering a company to reduce its emissions in line with the Paris Agreement. The case was heard by the district court in the Hague, where Shell is headquartered.

Campaigners say the outcome sets a precedent for future lawsuits against the fossil fuel industry and could unleash a wave of climate litigation against big polluters.

Seven environmental groups, including Greenpeace and Friends of the Earth the Netherlands, also known as Milieudefensie, filed the lawsuit against Shell in April last year, on behalf of more than 17,000 Dutch citizens.

Campaigners argued that Shell is violating its international climate obligations and threatening the lives of these citizens by continuing to invest billions every year in expanding its oil and gas production.

The judge ruled that Shell’s current climate strategy is “not concrete enough and full of caveats,” adding that the oil major has a legal obligation to reduce its emissions in line with international climate goals.

Sara Shaw, a campaigner for Friends of the Earth International, described the ruling as “an extraordinary victory for the climate justice movement”.

“For the first time a fossil fuel corporation has been held responsible for their role in causing the climate crisis,” Shaw told Climate Home News.

Harro van Asselt, a professor at the University of Eastern Finland Law School, told Climate Home the ruling suggests that a fossil fuel company has a responsibility to reduce its own emissions as well as emissions from its suppliers and its customers. “In effect, this suggests that Shell has to reconsider its fossil fuel production plans,” he said.

“Urgent action is needed on climate change which is why we have accelerated our efforts to become a net-zero emissions energy company by 2050, in step with society, with short-term targets to track our progress,” they added.

Shell faced a growing revolt among its shareholders over its emission reduction plan at its annual general meeting last week. A climate resolution presented by campaign group Follow This, demanding Shell set new climate targets to reduce its emissions in line with the Paris Agreement across its operations and supply chain, received more than 30% of the votes.

This is at odds with the International Energy Agency’s first comprehensive scenario aligned with limiting global heating to 1.5C, which found that all new exploration projects must stop now if the energy sector is to reach net zero emissions by 2050.

Campaigners have accused Shell of planning to offset emissions by planting trees, rather than cutting emissions at source. To offset its carbon emissions in line with 1.5C, Shell’s strategy requires planting a forest the size of Brazil.

Climate experts have criticised Shell for “taking colossal risks with our common future” by betting on tree planting rather than rapidly scaling down fossil fuel production.

Campaigners built their case on a precedent set by the ‘Urgenda case’, a landmark climate lawsuit taken to the top of the Dutch court system in 2019.

In December 2019, the Supreme Court in the Netherlands ordered the Dutch government to cut its greenhouse gas emissions 25% by the end of 2020, compared to 1990 levels, as its fair share to tackle climate change.

The court ruled that the Dutch government was causing an “unacceptable danger” to its citizens and violated its duty of care to them by continuing to pollute.

Korey Silverman-Roati, a climate fellow at Columbia University’s Sabin Center for Climate Law, said the 2019 Urgenda case inspired activists around the world to sue their government for failing to cut emissions. “This case may do the same for cases against fossil fuel companies,” he said.

The Dutch court ruling on Shell in an English summary here: https://t.co/ECEG8xBkxU