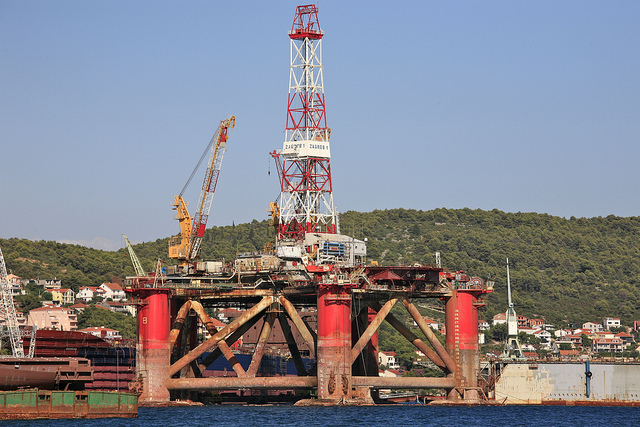 Spurred by the demise of Russia’s South Stream gas pipeline project, Croatia has revived a decade-old idea of building a liquefied natural gas import terminal at the deepwater oil port of Omisalj, on the island of Krk.

The idea had foundered primarily because Europe’s demand for gas fell in the global financial crisis, making the project no longer economically viable for investors, including some major European energy companies.

But the Ukraine crisis and the collapse of South Stream have refocused minds in central and eastern European nations on their need to reduce dependence on Russian gas and their vulnerability to disruptions of supply that come via pipelines across Ukraine.

Croatia is poised to launch a fresh feasibility study on a terminal with a projected annual capacity of 4 to 6 billion cubic metres (bcm) and hopes to win political and financial backing of EU states and Washington.

US Vice President Joe Biden, on a trip to Istanbul last month, commented on Croatia’s potential to become an energy hub, “if it makes smart investments now, with EU support, and works collaboratively with its neighbours”.

Croatian Economy Minister Ivan Vrdoljak said on Sunday the government would declare the Krk terminal a “strategic project” this month or next. The terminal is already on an EU list of 30 projects it considers important for energy security, although it has been quiet on funding.

“The financial viability, with all the necessary documentation, should be clear and ready by mid-2016,” a senior Croatian energy official said, speaking on condition of anonymity.

“If all goes well, the terminal can be completed in three years and start operating in 2019. We will guarantee the capacities and gas flow, but the gas trading companies will have to take risk when it comes to prices and supply.”

The project aims to supply gas to Hungary, Slovenia, Serbia and beyond. Croatia itself consumes about 3 bcm annually, with domestic sources providing 60-65 percent.

The terminal is estimated to cost about 600 million euros, a big bill for a country in its sixth year of recession.

Croatia wants to own up to 25 percent, and because the terminal paves the way for trading gas on EU markets, it hopes to attract big European or US companies.

Washington’s acting special envoy for energy, Amos Hochstein, said last month he was a “big champion” of the Krk terminal.

“Some of these projects are not necessarily financeable on their own, and that’s where it requires government leadership and EU leadership.”

Concerns about the financial viability of the project arise partly because LNG from Qatar, Africa or North America is more expensive than piped Russian gas.

The Krk terminal would compliment Poland’s new LNG terminal on the Baltic Sea, also built to reduce the region’s vulnerability to the disruptions that have repeatedly hit supplies of Russian gas through Ukraine.

But Warsaw’s deal to import Qatari gas for 20 years could saddle Poland with some of the highest prices in the world.

Most LNG cargoes currently go to Asia, where prices are higher than in European gas hubs. By 2018, however, new Australian and North American LNG export plants are expected to boost global supply.

Poland, the Czech Republic, Hungary and Slovakia have accelerated efforts since 2009 to link gas networks and create a north-south pipeline, which could extend as far south as Krk.

Croatia, meanwhile, has launched tenders for oil and gas exploration in the Adriatic with a goal of becoming a net gas exporter by the end of the decade.

“Southeast Europe can hardly get an alternative gas supply route without Croatia,” Vrdoljak said last week. “It is not because we decided so, but because of our location.”