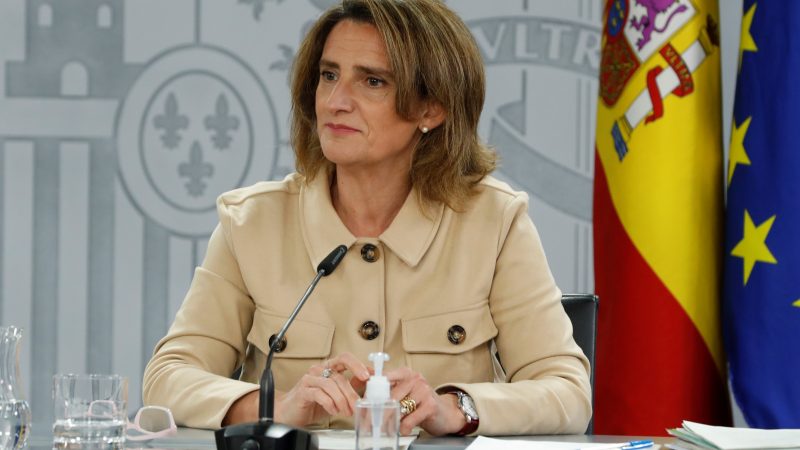 Surging natural gas demand and the rising cost of European Union permits to emit planet-warming carbon dioxide have pushed up electricity prices in many countries and sparked a political blame game in Spain.

Ribera said she told the European energy commissioner in July that EU rules meant cheap renewable energy was being sold for the same price as costlier fossil fuel-based power, forcing prices up further, and should be reviewed.

On Thursday, she said the European Commission had replied.

“It answered that it has no intention of introducing changes in the marginal system since it is the easiest, the simplest and the most efficient,” Ribera told Cadena Ser radio.

Most power markets rely on the marginal cost to set prices, meaning the overall price is set by the cost of bringing the next unit of power to the market. Renewable generation is intermittent so even relatively green grids have kept fossil and nuclear facilities for back-up.

As renewable power has got cheaper and more widespread, the marginal system has found detractors who say green power should not carry fuel costs inflated by record EU carbon permit prices.

Spain’s main electricity providers EDP, Endesa , Iberdrola and Viesgo said in a joint statement on Wednesday they were not benefiting from rising prices.

The Commission said it had responded to a letter from Spain and was monitoring the situation.

“An integrated European energy market is the most cost-effective way to ensure secure and affordable energy supplies to European citizens,” a Commission spokeswoman said.

In June, Madrid cut value-added tax on electricity bills to try to cushion the impact on consumers.

A heat wave in Spain and Portugal is boosting air conditioning use, further driving prices that have climbed to record highs this summer, market operator OMIE said.