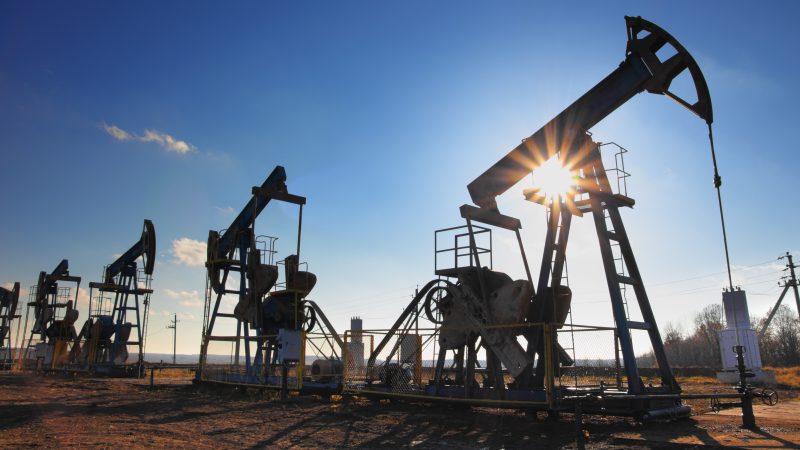 If the same pace of investment is maintained, peak oil will happen “around 2030,” according to CMS research, a global law firm which commissioned the analysis. [Kokhanchikov / Shutterstock]

The world’s largest oil and gas companies increased investment in clean energy by 23% compared to 2018, despite a 6% fall in global energy demand last year caused by the coronavirus pandemic, according to new research published on Tuesday (8 June).

Investment in renewables was the least affected by spending cuts and emerged as the most resilient during the COVID-19 crisis, with oil and gas majors investing 4.2% of their overall capital expenditure on renewables last year, up from 3.6% in 2019.

If the same pace of investment is maintained, peak oil will happen “around 2030,” according to CMS research, a global law firm which commissioned the analysis.

It showed that overall investment in the energy transition fell only marginally last year because of the pandemic, with oil and gas majors investing $8.1 billion in clean technology, down from $8.8bn the year before.

According to the analysis, those investments proved 10 times more resilient to spending cuts than oil and gas.

“The pandemic may prove to be an action accelerator necessary to meet the Paris [Agreement] aspirations,” said Bob Henderson, general counsel at Shell who is cited in the report.

The largest single investor in renewables in absolute terms was Royal Dutch Shell with $2 billion, followed by Total ($1.7 billion) and Eni ($1.6 billion). If existing policies are maintained, renewable energy investments will increase from an annual $8.1 billion currently to reach $10 billion by 2030, CMS said.

And the trend is expected to continue. Of the 15 majors in the survey, 10 had announced net zero emissions pledges by the end of 2020, compared with just one (Repsol) at the end of 2019.

This means “peak oil” could arrive before the end of the decade, driven by rapidly falling demand from OECD countries. Peak oil refers to the hypothetical point at which global crude oil production will hit its maximum rate, after which it will start to decline.

“CMS forecasts peak oil globally to occur around 2030, implying a scenario of falling demand, an ample supply of oil and gas, and lower marginal costs,” the law firm said in a statement. “The prospect of an earlier date for peak oil is already being seen in asset disposals and balance sheet write-downs,” it added.

The findings are consistent with changes brought by policy. In April, the European Union agreed a landmark climate law, which mandates a reduction in greenhouse gas emissions to net-zero by 2050, and a 55% cut by 2030.

Achieving the EU’s updated climate target “would result in a new and greener energy mix,” with oil and gas consumption reduced “by more than 30% and 25% respectively” by 2030 compared to 2015, the European Commission said. 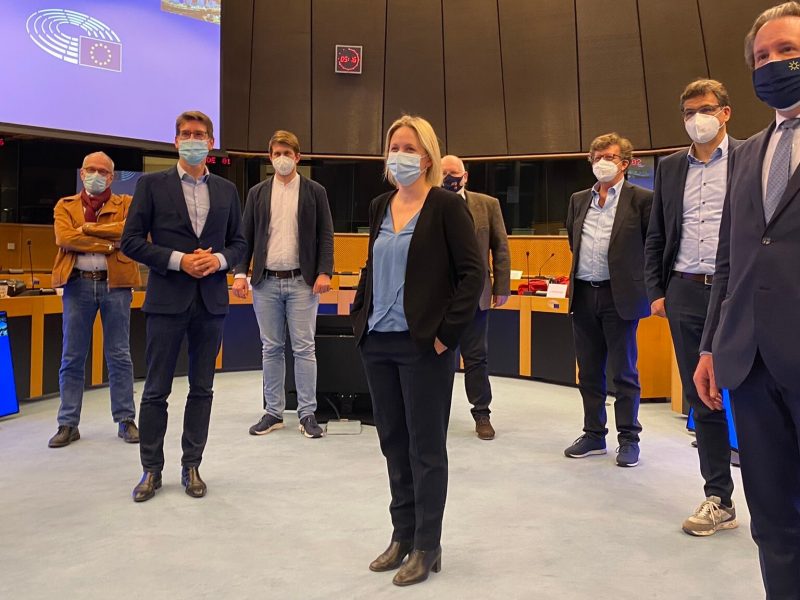 Last month, the International Energy Agency (IEA) reported a 45% increase in the amount of renewable energy installed in 2020 globally, the steepest year-on-year increase in three decades.

But despite the acceleration in clean energy investment, CMS said the pace of the transition is still too slow for the world to stand a chance of limiting climate change to 2 degrees Celsius, the objective of the Paris Agreement.

“While many energy majors are on track with their emissions pledges made as part of the Paris Agreement,  all of them still fall short in limiting climate change, which calls for more ambition, urgent investment and rethinking traditional strategies,” said Munir Hassan, head of the CMS Energy & Climate Change Group.

Hassan declined to speculate on what levels of investments would be needed for oil and gas majors to fall in line with the 2 degrees Celsius warming target set out in Paris. “We’re looking at multiples” of the $8.1 billion invested in 2020, he told EURACTIV, “many multiples possibly”.

Under a more optimistic scenario consistent with the Paris goals, demand for renewable energy would increase by 5% a year, and the annual investment in renewables by oil and gas majors would rise to $28 billion in 2030, CMS said.

Clean energy technologies in which oil and gas majors have shown the most interest include wind, solar, hydroelectric, geothermal, biofuels, hydrogen and carbon capture and storage (CCS).

Hydrogen investments in particular “are now following the successful path laid down by solar and wind power, which are increasingly viewed as mainstream,” CMS said.

Offshore wind, CCS, and hydrogen in particular are all areas in which oil and gas companies have expertise and are the most comfortable diversifying, Hassan said. In other areas, like solar, acquisitions will be expected to fill the gap, he added.

“O&G majors need to get closer to the electricity and clean energy markets,” CMS said.

To fuel their diversification strategy, oil and gas majors are also turning to mergers and acquisitions, like BP’s purchase of Chargemaster (now called bp Pulse), or Total’s acquisition from SSE Renewables of a 51% interest in the Seagreen offshore wind farm project.

Mergers and acquisitions are “the clear direction of travel,” said  Norman Wisely, partner in CMS’s oil and gas team. However, “we are yet to see an O&G major involved in the large-scale acquisition of an entire renewables business,” the report said.