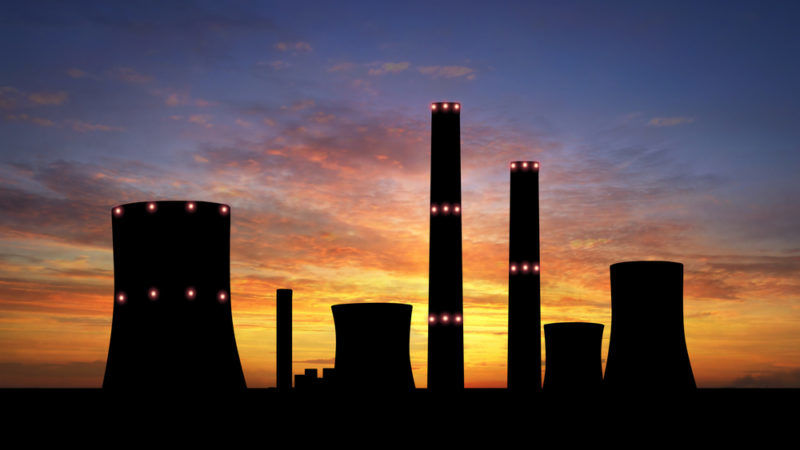 By the end of year, solar capacity is likely to outstrip nuclear power. [Shutterstock]

By the end of 2017, solar power plants around the world are predicted to have an installed capacity of 390GW, according to estimates by Greentech Media. That is just shy of the 391.5GW of nuclear capacity currently in operation.

GTM’s research shows that, for the very first time, solar and nuclear capacity will be on equal footing and demand in China could even push photovoltaics beyond atomic capacity by year’s end.

GTM acknowledged that installed capacity does not tell the whole story and that atom-smashing still dominates in terms of total electricity generated. Nuclear power provides nearly 2.5 million GWh annually, whereas solar only provides 375,000GWh. That translates to 11% and 1.1% of worldwide generation.

But GTM insists that the International Energy Agency’s 2014 study of PV growth rates, which predicts that 16% of global demand could be satisfied by solar by 2050 under a high-growth scenario, “basically mirrors the current real-world scenario”.

As growth rates and cost reductions have exceeded expectations over the last three years, the IEA’s predicted 16% capacity would make solar the main global energy source by mid-century.

Despite the growing demand for solar panels, scientists continue to seek innovative new ways of turning the sun’s rays into energy.

Researchers in the United States have presented a project to the American Chemical Society that furnishes bacteria with tiny semiconductors, effectively turning them into living solar panels.

The BBC reported that this technology works by growing the right organisms in a solution containing traces of cadmium. The bacteria’s natural processes turn the metal into a sulphide which attaches itself to the cell’s outer layer, acting as a microscopic semiconductor.

These enhanced bacteria are then exposed to sunlight and create acetic acid, carbon dioxide and water from the rays. The result can then be used as fuel or turned into plastics.

Project leader Dr Kelsey Sakimoto claimed that this technique has a number of advantages over other ideas, as the bacteria are self-replicating and self-repairing, as well as doing away with the need for expensive solid electrodes.

He described the “cyborg” bugs as a low-waste technology which could be best utilised in rural areas or the developing world.