The Brief – Forget guns, here’s how you fight a hybrid war 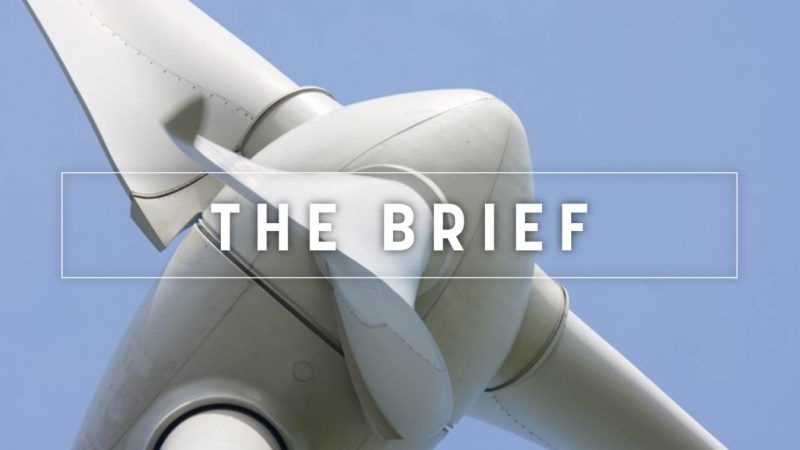 Donald Trump wants Europe to spend more on defence. He’s right. But forget about tanks, missiles and guns: we need to pump cash into an energy arms race. There’s no doubt we’d win it.

It’s not often (or at all) that the Tweeter-in-Chief makes a valid point about anything. But his insistence that European countries start spending 2% of their GDP on defence is bang on the money.

The US spends 3.8% of its GDP, more than half a trillion dollars, on its armies, jet fighters and destroyers while the rest of the transatlantic alliance is all too ready to let our cousins across the Pond prop up NATO.

During the Wales summit in 2014, NATO members promised to meet the 2% target within a decade but many aren’t on track to satisfy Trump’s thirst for weapon spending.

So it’s time to do what the US president himself loves to do: renegotiate the terms of the deal. In fact, the deal should even be tweaked so that the overall spending reflects Trump’s inflated 4% wish.

But it should also be renegotiated so that “defence spending” includes public investment in renewable energy capacity, because energy is the only leverage Russia has over us. It’s time we broke that dependence.

Warfare has changed almost unrecognisably over the past two decades, largely thanks to advances in technology, but it doesn’t matter how many drones or APCs we buy from the US, France or Germany if Russia can still blackmail us with energy imports.

Moscow has already launched its own hybrid war by using cyber attacks, election manipulation, seizing Crimea and, unfortunately, hosting one of the best World Cups this century. Cutting our addiction to Russian fossil fuels is an easy way to strike back.

Think about it: the whole point of the energy union was to make Europe self-sufficient. Ratcheting up investment in renewable energy production achieves that but it also puts us more on track to fulfil the Paris Agreement on climate change.

Plummeting solar and wind costs mean that Europe’s leaders could easily sell this as the best business decision too. Any notion that clean energy is merely an ideological pursuit is dead in the water.

Trump himself gave us all the ammunition we needed last week when he, rightfully, gave the Nord Stream 2 gas pipeline both barrels. Europe’s NATO contingent should focus on installing wind turbines and solar panels, rather than anti-aircraft missiles and advanced weaponry.

Russia spends $70bn, 5.3% of its GDP, on its military. At the moment, 40% of Europe’s gas comes from Russia. It doesn’t take a very stable genius to work out that if you cut the latter, you disrupt the former.

We’d have to sell the idea shrewdly, of course, because massively increasing our renewables would drastically cut any chances of Europe becoming a major market for US LNG. And Trump and his gas diplomats won’t like that.

But we’ve cut our dependence on the States before: just take a look at this history of weapons imports to see how.

Trump is a dinosaur, his infamous comments on climate change, coal and women illustrate that perfectly. Defending yourself with assault rifles and tanks falls into that bracket too. So let’s start to be smart about this.

After all, we never said we “would” spend all our money on defence, Mr Trump. We misspoke.

Trump is worried that protecting Montenegro, the newest NATO member and potential EU hopeful, could trigger “World War III”, labelling the inhabitants of the Balkan nation as “aggressive”. Here’s a reminder of how he treated the Montenegrin PM last year.

Big meat and dairy companies emit more emissions than oil companies according to a new report. European Commission VP Maroš Šefčovič sat down for a coffee with us to talk climate policy and why he wants to be the next big cheese in Brussels.

The current boss, Jean-Claude Juncker, is off to America next week and has a lot to say about trade and accusations that he was drunk at last week’s NATO summit. The IMF is concerned about the prospect of a global trade war.

Talks about further EU enlargement for Macedonia and Albania might start in mid-2019. There’s always a party-pooper: newest EU member and World Cup heroes Croatia have been accused of being “too white”.

Electric vehicles are going from strength to strength but still need enough energy storage to really take off. The Tour de France is underway and one of the best riders in the world, Peter Sagan, raced an old lady on an electric bike. Check out how it went down here.

New UK Brexit negotiator Dominic Raab will meet EU counterpart Michel Barnier for the first time. Maybe he will spend more than the four hours his predecessor spent at the negotiating table.

2 responses to “The Brief – Forget guns, here’s how you fight a hybrid war”