The cost of caring for Europe’s elderly nuclear plants 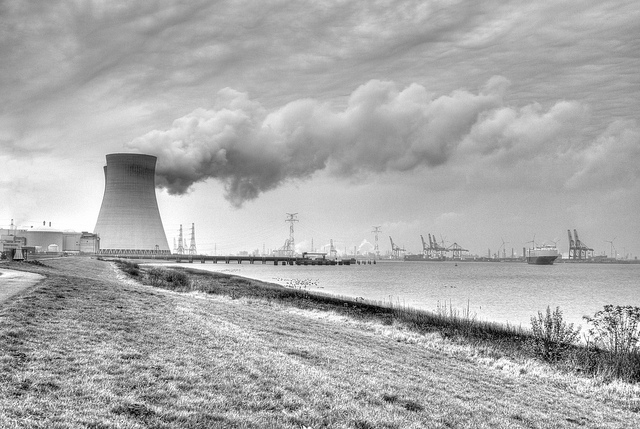 Europe’s ageing nuclear fleet will undergo more prolonged outages over the next few years, reducing the reliability of power supply and costing plant operators many millions of dollars.

Nuclear power provides about a third of the European Union’s electricity generation, but the 28-nation bloc’s 131 reactors are well past their prime, with an average age of 30 years.

And the energy companies, already feeling the pinch from falling energy prices and weak demand, want to extend the life of their plants into the 2020s, to put off the drain of funding new builds.

Closing the older nuclear plants is not an option for many EU countries, which are facing an energy capacity crunch as other types of plant are being closed or mothballed because they can’t cover their operating costs, or to meet stricter environmental regulation.

Though renewable energy sources such as wind and solar power are slowly rising in the mix, they do not produce a constant output, so other sources will always be needed for backup. [ID:nL6N0QK2K0]

But as nuclear plants age, performance can suffer, and outages – both scheduled and unplanned – rise.

With nuclear safety in the spotlight since the 2011 reactor meltdown at Japan’s Fukushima plant – which in turn prompted Germany to call time on its entire nuclear fleet – operators can take no chances with their elderly plants, but the outages get longer and more difficult.

“These reactors were designed over 30 years ago. The people involved are either retired or dead, and most of the companies involved no longer exist,” said John Large, an independent nuclear engineer and analyst who has carried out work for Britain’s Atomic Energy Authority.

Jean Tandonnet, EDF Group’s nuclear safety inspector, said in January that its French fleet last year had a series of “problematic unit outages”, and scheduled outages were extended by an average of more than 26 days. Regular maintenance and major equipment replacement jobs had increased by 60 percent in the last six years, he said.

“(At an ageing plant) outages take slightly longer, and there is more work to do to make sure it is in top condition. Safety comes ahead of anything else,” a spokeswoman for EDF Energy in the UK said.

France is the EU’s nuclear leader, its 58 reactors producing nearly three quarters of the country’s electricity. France’s nuclear watchdog will make a final decision on whether to extend the life of the French fleet to 50 years in 2018 or 2019. EDF has estimated the extension would cost 55 billion euros.

“The average age of the (French) reactors is now about 30 years, which raises questions about the investment needed to enable them to continue operating, as ageing reactors increasingly need parts to be replaced,” according to the World Nuclear Industry Status report 2014.

Though the EU has conducted risk and safety tests on the bloc’s nuclear plants, environmental campaigners say the tests failed to address risks associated with ageing technology, among other things.

With exposure to radiation, high temperatures and pressure, the components of nuclear plants take a battering over time.

“While this can be monitored, it can be problematic if ageing occurs at a greater rate than anticipated or it occurs in areas which are difficult to access or monitor,” he added.

As reactors age, there is also a risk of finding a generic design flaw that could affect all the reactors in a country if they are of the same design.

At the Wylfa plant in Wales – Britain’s oldest, at 43 years – the one remaining operational reactor was out of service for seven months this year. It was first taken down for maintenance, but the restart was delayed as new problems were discovered.

The reactor is scheduled to be taken out of service for good in September, but operator Magnox is seeking an extension to December 2015.

This week, EDF Energy took offline three of its nuclear reactors at its Heysham 1 and Hartlepool plants in Britain for inspection which are both 31 years old, after a crack was discovered on a boiler spine of another Heysham 1 reactor with a similar boiler design, which had already been taken offline in June. [ID:nL6N0QH107] [POWER/GB]

The boilers will be checked for defects with thermal imagery done using robotics, and the firm will know more about what caused the fault after the inspections, which should take around eight weeks, the EDF Energy spokeswoman said.

EDF Energy has been incorporating extra checks into its strategy for its ageing nuclear plants since it inherited them from previous operator British Energy, she said.

British Energy was delisted in 2009 following financial collapse. Several unplanned outages had reduced its power output, and its load factor – the ratio of actual output to its maximum capacity – fell to its lowest level of 56 percent in 2009, Britain’s National Archives show.

This compares with EDF’s average load factor for its French nuclear fleet of 73 percent in 2013, which is also down from its highest level of 77.6 percent in 2005, the company’s 2013 results show.

The fleet’s net output of electricity has declined from 429 terawatt hours in 2005 to 404 TWh last year, though this could be for a range of reasons, including weak energy demand.

Apart from reducing the reliability of Europe’s electricity supply, operators stand to lose many millions of euros from a single outage from lost electricity sales alone.

Reuters calculations, based on industry estimates of lost daily electricity sales, show the outages at two EDF Energy plants could cost the firm some 155 million pounds during the outages from when they began in June or August to October, not including the costs of inspection and maintenance work.

Industry sources say the lost revenue from the loss of output at a 1 gigawatt plant could reach 1 million pounds a day.

British utility Centrica, which owns 20 percent of EDF Energy’s nuclear fleet, said on Monday the reduction in output would reduce its earnings per share by around 0.3 pence this year.

More than half of Belgium’s nuclear capacity is offline for maintenance. The three closed reactors are 29, 31 and 32 years old.

Though it doesn’t break out the nuclear data separately, statistics from Europe’s electricity industry association Eurelectric show both planned and unplanned outages mostly increased at thermal power plants in eight European countries examined, and periods of energy unavailability increased from around 12.8 percent in 2002 to 18.3 percent in 2011.

As the plants age, that can only increase.