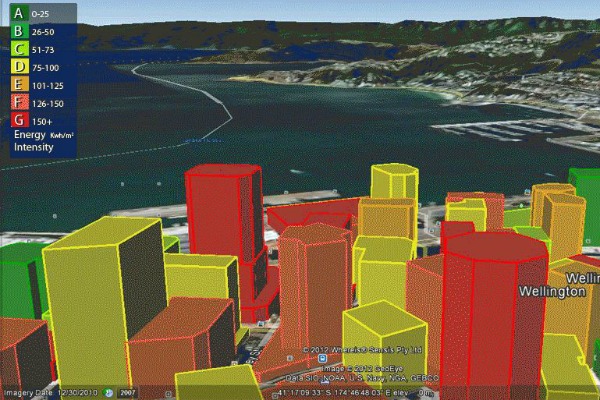 This article is part of our special report Energy Efficiency in Buildings.

SPECIAL REPORT / Europe’s struggling bid to rein back energy wastage in the building sector could be boosted by a renovations directive implemented under a new Directorate-General for Resource Efficiency, says the sustainable energy think tank E3G.

Cutting CO2 emissions in the building sector, which currently accounts for 43% of the EU’s total, will be essential for the bloc to meet its goal of decarbonising its economy at least 80% by 2050.

But only 16 of the EU’s 28 countries have written the flagship Energy Performance of Buildings Directive (EPBD) into law, and proposals have been beset by loopholes and implementation issues.

“The current approach of dragging the market through a series of mainly voluntary measures has taken us as far as we can go,” Ingrid Holmes, the associate director of E3G told EURACTIV. “We now need to transform the approach with a renovations directive that can mainstream efficiency by focussing on the use of mandation and regulation to take the market to scale.”

One building company contacted by EURACTIV, Balfour Beatty, said that at present, energy efficiency was seen as a “low consideration” for buyers, compared to factors such as location, amenities, design, layout and furnishings.

“For more investment to be made in energy efficiency measures in refurbishment projects, the cost of energy would need to be higher,” said Paul Toyne, Balfour Beatty’s head of sustainability.

“Sometimes access to capital stops energy measures as they are value-engineered out of the final solution,” he went on. “Legislation is another tool. In the UK, our regulations closely follow EU and revisions of building regulations constantly raise the bar in terms of energy efficiency.”

The EPBD, which is due for review next year, requires energy performance certificates to be issued to buildings over 250 metres squared by 2015 and sets a binding target for all new European buildings to be nearly-zero emitters by 2021.

But just 1% of the continent’s building stock in any given year is newly-built, and only major renovations of Europe’s existing 180 million buildings are covered by the EPBD. Definitions of what ‘nearly-zero’ means are also contested.

Professor Christian von Hirschhausen of the Berlin Technical University told EURACTIV that the lack of a level playing field between EU states was one key problem.

Energy efficiency measures could be strengthened by “a combination of European standards – perhaps a renovation directive and a much stronger commitment by the member states,” he told EURACTIV. “For example in Germany, we are lagging behind in implementation at the city and regional level because of staffing and finance [shortages].”

The European Commission is thought to be considering proposals to strengthen the EPBD in the current energy efficiency review, which could propose tougher building regulations as a way of meeting an energy savings target for 2030.

Loopholes could also be removed from an article in the Energy Efficiency Directive mandating public authorities to renovate 3% of their building stock every year. In Ireland, for example, only 81 buildings fall into the remit of the regulation.

Denmark is one EU state that has called for Europe’s public sector to “be obliged to implement identified [buildings efficiency] measures which are economically profitable.”

“It is clear that there is a lot of potential for energy efficiency improvement in the buildings sector but the system has no trigger,” Samuele Furfari, an advisor to the Commission’s Director-General for Energy, Dominique Ristori, told EURACTIV.

In the wake of the EPBD’s poor implementation at national level, and a lack of trust in its main tools – energy performance certificates, company audits and inspection systems – the buildings efficiency sector favours a legislative approach.

Adrian Joyce, the secretary-general of the European Alliance for Energy Efficient Buildings (EuroACE) told EURACTIV that his group would be “very happy” to see a renovations directive that would simplify the building sector’s Byzantine regulatory regime.

“You could bring all the various aspects of good building design into one place, starting with energy efficiency, and ending with buildings that are high-performance, high-quality, with a healthy indoor climate that is desirable for people to live in,” he said.

“But I think this is definitely not going to happen,” Joyce cautioned. The EU’s energy efficiency file is subject to the jurisdiction of several competing directorates – Energy, Climate Action, Enterprise and Environment. Imagining a more integrated and structural approach was a fantasy, he added.

Instead, EuroACE proposes a “clusterisation” of commission officials who could cooperate on overlapping dossiers more closely, in keeping with the zeitgeist.

Holmes countered that “things never work, until they work” and said that with the upcoming arrival of a new Commission – and an imminent proposal on the circular economy – the time was ripe for creating a resource efficiency directorate, with responsibility for energy saving too.

She said: “At the moment, we’ve got water in DG Envi. We’ve got energy efficiency as part of DG Ener, fighting against the business-as-usual power generation side. But with sustainable buildings, you have to think about water use and management, energy use, shared access to land, and flood risk.”

“By creating a hub,” Holmes continued, “you can address these issues and signal that this no longer a Cinderella issue but a mainstream concern for governments and Europe.”

In the realm of mundane policy though, Furfari said that a focus on heating – “the poor relative of energy policy” – would be particularly important in the upcoming efficiency review, not least because of its contribution to building emissions.

Speaking at the EU’s sustainable energy week conference on 24 June, Marie Donnelly, the Commission’s top official for energy efficiency and innovation, said that “given the central role of heating within Europe’s wider energy picture, it is difficult to imagine a credible strategy for an energy transition in which it is not explicitly and thoughtfully addressed”.

EU nations have signed up to a voluntary objective of reducing the EU's primary energy use by 20% by 2020, measured against 2005 levels. Such savings would slash the EU’s CO2 emissions by an estimated 780 million tonnes and save €100 billion in fuel costs.

One of the EU's main policy tools to achieve this objective is the Energy Performance of Buildings Directive (EPBD), which was initially supposed to reduce the EU's energy consumption by up to 6%.

The directive was recast in 2010 to cover residential and non-residential constructions. It provided a common methodology for calculating the energy performance of buildings and covered five main categories of end-uses: heating, cooling, ventilation, lighting, and hot water.

All new structures in the EU were required to be nearly zero-energy buildings by 2021, with a 2019 target for the public sector.

The EPBD was also designed to make energy saving measures in buildings more attractive for consumers by obliging national authorities by ensuring that "energy performance certificates are made available when buildings are constructed, sold or rented out."

However, monitoring and compliance with building codes and standards are lacking, according to the Buildings Performance Institute Europe.