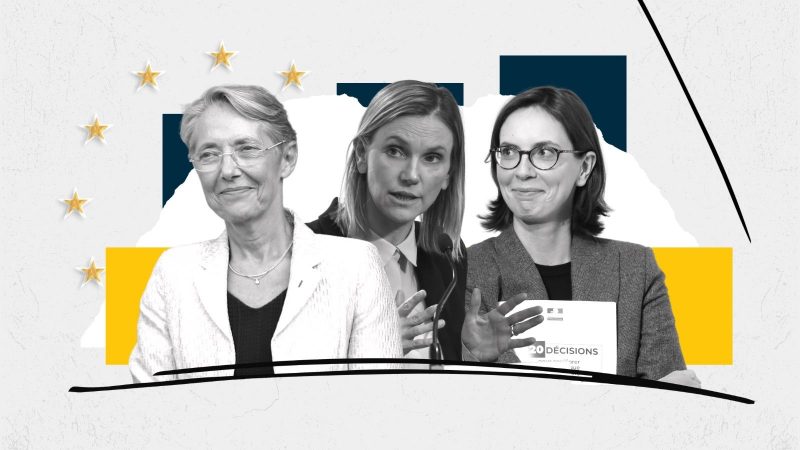 On top of the 'super ecological transition ministry', Borne said "ecological planning will concern all the ministers, who will each have a roadmap to meet our objectives, at a time when we absolutely must accelerate" in response to the climate emergency. [Esther Snippe]

Environmental policy will be among the priorities of re-elected French President Emmanuel Macron, who appointed former ecological transition minister Elisabeth Borne to head the entire government, entrusting her with “ecological and energy planning” – a slogan borrowed from radical-left leader Jean-Luc Mélenchon’s campaign..

Borne pointed to the priorities that de Montchalin and Pannier-Runacher will take on at the Jardin des Plantes in Paris on Monday (23 May), during a discussion on biodiversity protection that marked the new government’s first public trip since it was announced last week.

Former public transformation and service minister de Montchalin will be responsible for “the territorial implementation of ecological transition policies”, while former industry minister Pannier-Runacher will aim to “move away from fossil fuels.”

The general objective set by Borne is to “achieve carbon neutrality and protect biodiversity.”

On top of the ‘super ecological transition ministry’, Borne said “ecological planning will concern all the ministers, who will each have a roadmap to meet our objectives, at a time when we absolutely must accelerate” in response to the climate emergency. 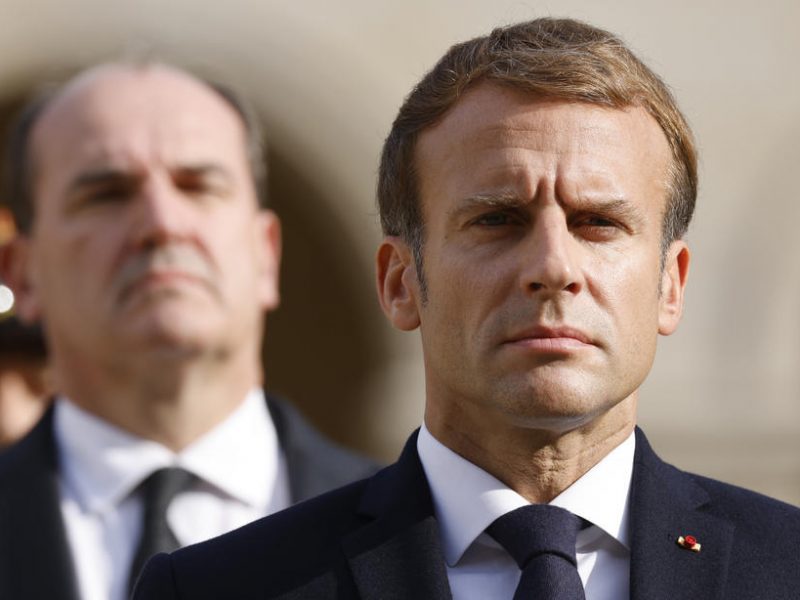 Macron on the lookout for France’s first ‘climate’ prime minister

Re-elected President Emmanuel Macron will, as promised, soon name his new Prime Minister in charge of “ecological planning”, though with the legislative election just around the corner, the cards could soon be reshuffled. EURACTIV France reports.

However, Borne’s two appointments have been criticised for lacking experience in the environmental field.

Greenpeace, for example, accuses the new ministers of having “a blind belief in the chimaeras of green growth and technologies that do not exist.”

According to Pannier-Runacher, her lack of previous political commitment to the environment is not synonymous with inaction. Under her watch in ex-Prime Minister Jean Castex’s government, France “reduced [its emissions] by 3.6 million tonnes of CO2 equivalent” due to her commitment to reducing greenhouse gases from industrial sites, she emphasised.

Faced with complex issues, government action cannot be summed up in phrases or slogans, she told broadcaster BFMTV during her first interview as energy transition minister on Tuesday, adding that “we have to take action.”

Faced with the same criticism, Montchalin said that she “belongs to a generation that has seen all these changes [in climate and biodiversity] become concrete.” Like her colleague, she says she is “a woman of efficiency”.

She said that her objective is neither to send political signals nor do political ecology, but to lead an “ecological policy that provides the French with ‘better living’,” she told broadcaster France Inter Tuesday morning.

Montchalin described herself as a “woman of results”, claiming her first mission is to “create unanimity on carbon neutrality in 2050”. “At the start, we were all alone,” she said, pointing to the unanimity that was later reached at the December 2019 European Council.

Criticised for voting against a glyphosate ban, the minister said she wanted to “act in Europe”, noting that a national pesticide ban would have very practical consequences since France would have continued importing from countries that did not ban it. 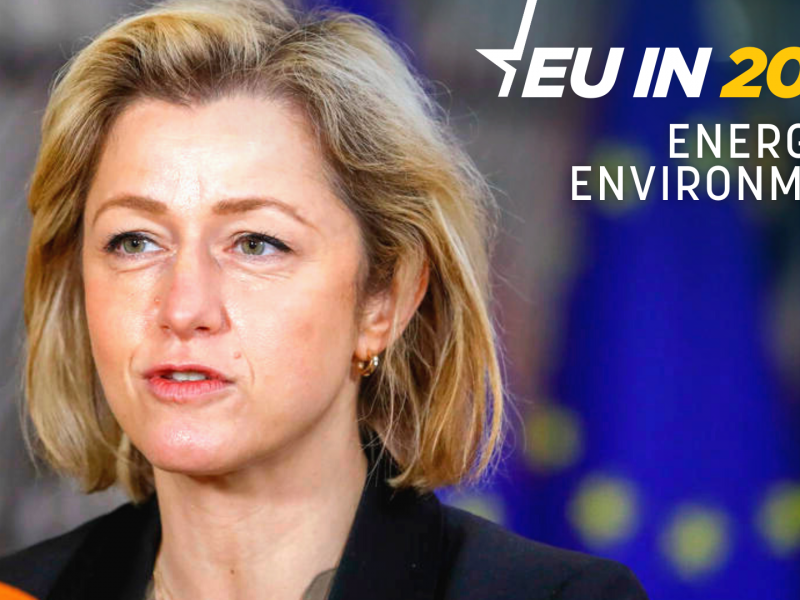 Under the supervision of Pannier-Runacher, France is aiming to become the first country to be phase-out fossil fuels.

On Monday (23 May), the minister insisted on the need to move towards “energy sobriety” and the development of renewable and low-carbon energies while supporting economically vulnerable households throughout the transition.

Among the flagship measures, the minister listed increasing solar power tenfold and the construction of 50 marine wind farms.

Montchalin, for her part, wants to ensure 700,000 of the homes most responsible for high greenhouse gas emissions and energy consumption are renovated each year.

She, too, emphasised the need to support low-income French citizens throughout the transition, outlining her plan for an “ecology of the territories” that is as close to the citizens as possible. Under the scheme, low-income households would benefit from a leasing system in which they can acquire a low-carbon vehicle thanks to the state’s support, she added.

To reach these goals, the newly appointed minister said she will use dialogue and planning. “We want radical results, not radicalism in the street,” she said – as if already anticipating a possible future social conflict.

A general secretariat for ecological planning has also been created within the prime minister’s office. Entrusted to Antoine Pellion, an engineer close to Macron and familiar with ministerial cabinets, he will “make sure” ministers stick to the roadmap they receive and that coordination between them is fluid, Borne also said.

But with the upcoming June elections looming, and Mélenchon’s left wing-bloc eyeing the prize, the newly formed trio may be facing an imminent shift of roles pending the legislative result. 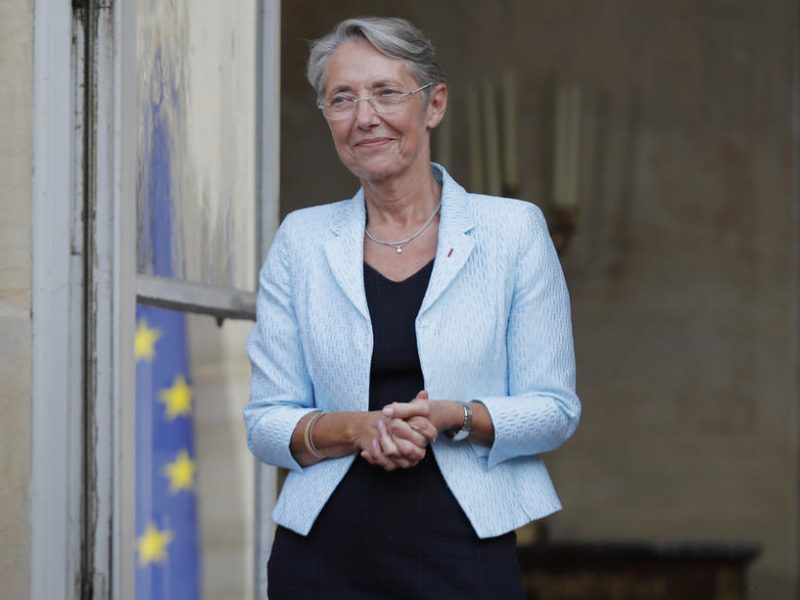