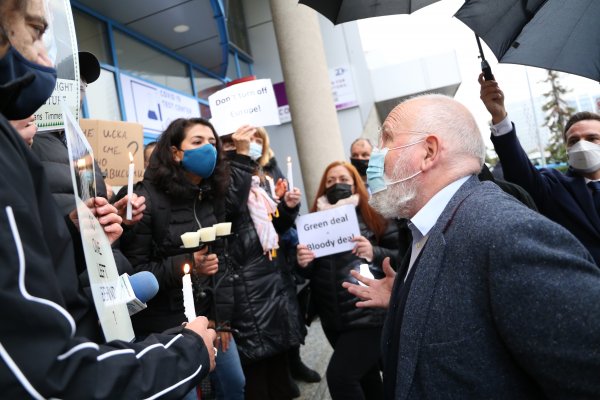 Before he attended a conference in Sofia on 15 October 2021, Timmermans was received by syndicalist waving banners “Green deal=Bloody deal”. [BGNES]

During a visit to Sofia on Friday (15 October), the Commission’s First Vice President Frans Timmermans advised Bulgaria to phase out coal production and said the EU would help if it restarts a previous nuclear power plant project. EURACTIV Bulgaria reports.

Timmermans, who is in charge of the EU Green Deal, is visiting Bulgaria to meet with caretaker Prime Minister Stefan Yanev, just as the country submitted its coronavirus recovery plan to the EU executive.

Sofia has to negotiate a target deadline for shutting polluting coal-fired power plants to secure its share of the funds. Bulgaria is heavily dependent on coal to cover its energy needs, and it is not among the EU members that pledged to phase out coal-powered electricity by 2030. Actually, the plan aims to stop coal entirely by 2040. 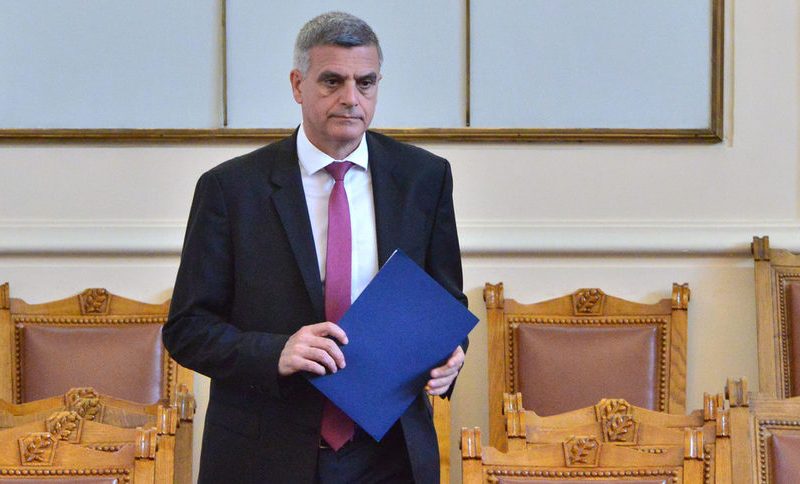 “There is no future in coal”, Timmermans told bTV channel, adding it is necessary to ensure a better future for people employed in coal mining and plants. The Dutch commissioner said that he was the grandson of two miners and took the issues to heart.

Before he attended a conference, Timmermans was received by protestors waving banners “Green deal=Bloody deal”.

Timmermans did not indicate whether the 2040 deadline for decommissioning coal-fired power plants in Bulgaria was acceptable to the Commission, saying only that the EU executive would first need to look into the Bulgarian recovery plan, which would take some time.

According to the European Commission, green energy is the only long-term solution to ensure lower electricity prices. Timmermans also said that natural gas was a good solution and that nuclear energy should play a role in the future.

He said that Brussels would help Bulgaria if the country decided to go forward with a second nuclear plant in Belene. Bulgaria has a plant with two functioning reactors at Kozlodui.

Last January, under former PM Boyko Borissov, Bulgaria abandoned the plant’s construction near Belene on the Danube after stopping and resuming the project twice. 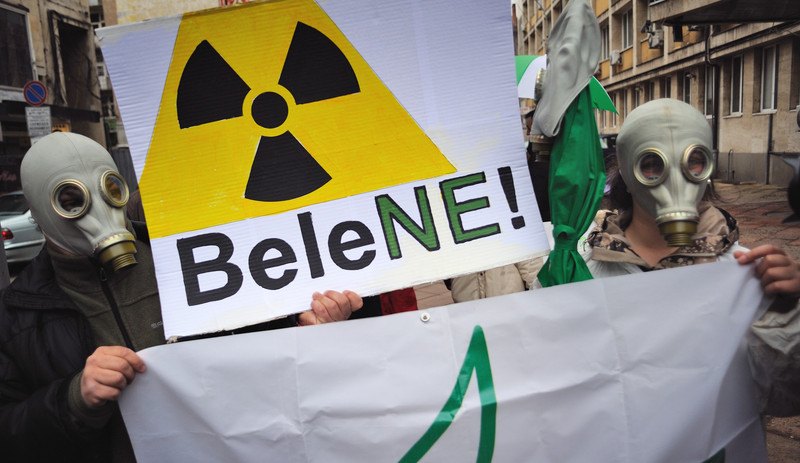 However, the recent spike in energy prices prompted several EU countries to review their plans to develop nuclear energy.

Timmermans said it was up to Bulgaria to “check the numbers” and the pros and cons regarding Belene, adding, “make a decision for which we will support you”.

Asked by journalists how much he paid for electricity, Timmermans said that he now lives with his wife in Brussels, and they pay €220 a month, but he expects the amount to go up.

Timmermans also said that Russia was fulfilling its agreements with the EU, and Brussels has no reason to believe that Moscow was tweaking the market.

Regarding Nord Stream 2, he said it was up to the German authorities to certify the pipeline. After that, the Commission has two months to make its assessment.

The Commission Vice President said that Bulgaria was on the right track regarding judicial reform and that Brussels would support the process.

Bulgaria is, in fact, without a government and a parliament until the 14 November elections.