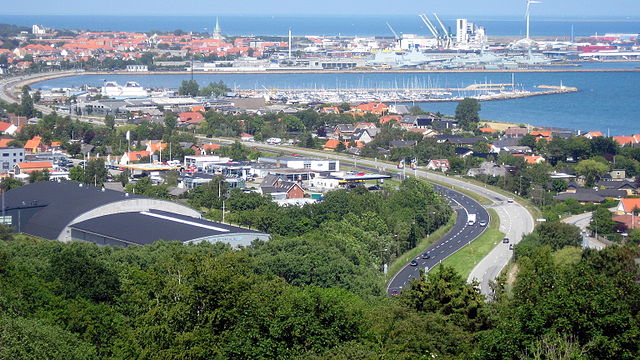 French energy company Total said it had stopped exploring for shale gas in Denmark on Monday (17 August), as only a limited amount had been found.

Near the northern town of Frederikshavn, the project has so far cost Total an estimated €40 million since it first began in 2014. Though the French company has given up on the endeavor, the money might not be wasted, Total told Danish broadcaster DR.

“It’s positive that we have proven that there is shale gas. This was not certain. So it may not mean that the search for shale gas in Denmark is over. We still have a license until June 2016,” Total spokesman Henrik Nicolaisen said.

The project was widely protested by environmental NGOs such as Greenpeace, as well as many of area residents when it was first announced, due to the fracking method for exploration.

Shale gas is an unconventional fossil fuel that is found within natural fissures and fractures underground. Energy companies exploit shale gas by pumping water, sand and chemicals into rock formations under high pressure. Frederikshavn area residents feared fracking would cause earthquakes and pollute their groundwater.

Nearly a third of the EU’s gas is imported from Russia, via the Ukraine. A dispute between Moscow and Kyiv disrupted supplies in 2009.

Lars Lilleholt, Denmark’s Minister for Energy, said that he did not expect more fracking in the country in the near future, as the government has not approved new licenses to other oil and gas companies. Meanwhile, leftist members of parliament hailed the news and called for a national ban on shale gas.

Though the small Scandinavian country might not have large deposits of shale, it is a net exporter of oil and natural gas from the North Sea.

However, Denmark is transforming its energy sources domestically, turning towards renewables. Wind energy accounts for more than 30% of the electricity demand, and the country expects to be fully independent from fossil fuels by 2050.

On 10 July, a particularly windy day in Denmark, wind energy produced 140% of Denmark’s energy consumption, which meant that 40% was exported to Germany, Sweden and Norway.

instead, Commission Vice President Maroš Šef?ovi? has stated that smart grids balancing intermittent solar and wind energy with flexible power demand could do for Europe what shale gas has done for the US.