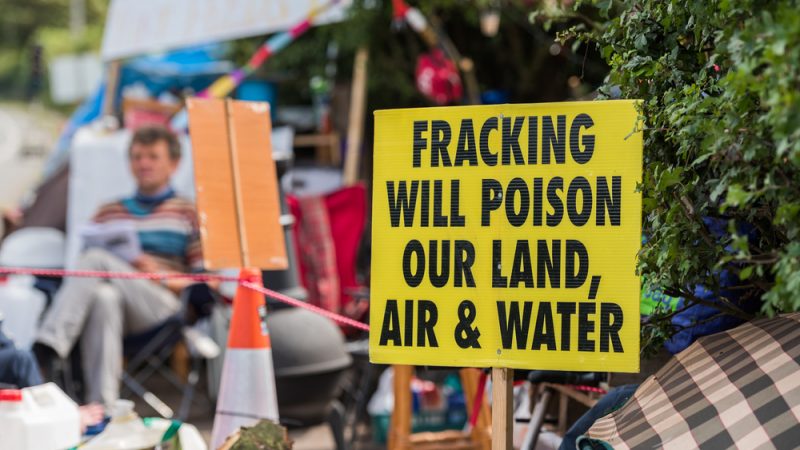 File photo: Fracking was once considered a possible saviour, but in recent years, it has all but been forgotten. Photo: Shutterstock, seeshooteatrepeat

With the third biggest recoverable shale gas reserves in Europe and the necessary technology at its disposal, Romania has all it takes to benefit from unconventional energy sources however, the topic is sensitive for the public.

In the not-so-distant past, hydraulic fracturing was considered a potential game-changer for the European energy market.

A 2014 briefing note from the European Parliament states that the technically recoverable reserves of shale gas in Europe amount to 14 trillion cubic metres (tcm), most of them in Poland (4.2 tcm), France (3.9 tcm) and Romania (1.4 tcm).

As of 2018, Poland and the United Kingdom had active licences targeting shale gas, according to a study ordered by the European Commission on the principles for the exploration of hydrocarbons. Denmark, Germany, Romania, and Spain had all granted concessions, which ended up expiring as some did not even progress to site operations.

Since then, France banned the technology and exploration in northern Denmark has stopped as only a limited amount of shale gas was found.

Could the fortunes of shale gas in Europe be reversed because of Russia’s war in Ukraine?

The European Commission’s REPowerEU plan, tabled on 18 May, puts forward a range of measures to diversify gas supplies. But when it comes to alternative energy sources, it does not mention shale gas, focusing instead on solar and offshore wind energy, heat pumps and renewable hydrogen.

A decade ago, Romania’s largest natural gas producer analysed the possibility of shale gas extraction, as companies that closed oil agreements with the National Agency for Mineral Resources could carry out exploration works.

“Tests from 1994-1995 made on fields in Transylvania had very good results. The 3D seismic analysis show results in the deep zone, below 3,000 meters,” an executive of Romgaz said at the time.

Shale gas was also a hot topic in Romania in 2012 when Chevron Corp. started exploring in the northeastern county of Vaslui. Officials weighed in on several occasions, with different positions, including the then prime minister.

But fears of harmful environmental effects of hydraulic fracturing used in shale drilling triggered demonstrations from students, teachers, employees, local authorities and priests. Protests culminated in October 2013 with a three-day-long “revolt” and clashes with the police.

Eleven Green MEPs expressed concerns about the “violation of the rule of law and rights and freedoms of European citizens,” calling on the president of the European Parliament to denounce the situation.

The American oil company closed exploratory drilling in 2014 as the “project in Romania does not currently compete favourably with other investment opportunities in our global portfolio” – EURACTIV quoted a company statement at that time.

The government sued the company, and the ICC International Court of Arbitration in Paris ordered Chevron to pay damages of $73 million following the annulment of three oil concession agreements.

Chevron Corp said it will give up shale gas exploration plans in Romania, after an assessment showed the Black Sea state does not compete favourably with other investment opportunities.

In terms of the technology needed for shale gas extraction, Romania has more than a century of activity in the oil and gas industry.

Seven major oil and gas companies operate in Ploiești, about 78 kilometres north of the capital city. One of them is leading American oilfield equipment manufacturer Lufkin Industries, which received state financing for almost a third of the $126 million investment in its strategic regional centre, inaugurated in 2013 by president Traian Băsescu.

No shale exploration for now

The debate on fracking reignited in February 2014 in Western Romania when residents of Curtici, a town of 7,500 people and other 11 nearby townships attended a public meeting of protest against shale gas exploration in the area.

In August 2020, local officials from the same towns in Arad county expressed their concerns after Panfora Oil & Gas, a subsidiary of Hungary’s MOL Group, bought land in the area for exploratory drilling.

Romania’s National Agency for Mineral Resources confirmed several times that working plans in the Curtici area “do not include any reference to shale gas”.

“To address farmers’ concerns in the area, the company will perform 3D Geophysical surface computerised measurements exclusively on public roads. The measurements will be performed by special trucks driving around, without blocking the traffic and using small wireless microphones,” the MOL subsidiary explained.

In mid-May, some farmers were angered by new measurements on agricultural roads and complained to local authorities.

“There is a huge reserve of tight gas – clay gas, also shale gas, which is much easier to remove, estimated at 1.4 trillion cubic meters, in the Transylvania area,” said Dumitru Chisăliță, the president of the association.

“But since everyone was scared of Pungești, no one talks about this reserve anymore,” he told EURACTIV.

Romania’s Integrated National Plan in the field of Energy and Climate Change for 2021-2030 does not mention the possibility of using hydraulic fracturing.

“Stop this thing because no country in Europe has started to exploit shale gas,” said Dimitrie Muscă, one of the region’s largest landowners. “We have as much gas in the Black Sea as we want. There is a great potential for agriculture, and we are developing it,” she said.