File photo. US President Donald J. Trump attends a meeting with NATO Secretary General Jens Stoltenberg (unseen) ahead of a NATO Summit, at the US Embassy in Brussels, Belgium, 11 July 2018. [EPA/EFE]

Meeting with NATO Secretary General Jens Stoltenberg over breakfast in the US embassy in Brussels, Trump said Germany was “captive to Russia” and criticised its failure to raise defence spending.

Trump said Germany was paying “billions and billions of dollars” to Russia, “the country that we are supposed to be protecting you against”, adding that NATO had to look into this.

"Germany is totally controlled by Russia," Pres. Trump tells NATO Secretary General Stoltenberg as they sit down together for bilateral breakfast ahead of Brussels summit. https://t.co/CmyplgrxzN pic.twitter.com/6RnFk8Drgs

This is not the first time Trump has taken aim at Nord Stream 2. On 17 May, the Wall Street Journal reported that Trump is demanding that Germany drop Nord Stream 2 as one of the conditions for a trade deal with Europe that would not include high tariffs on steel and aluminium.

Trump previously tried to promote America’s own liquefied natural gas (LNG) at a July 2016 Warsaw meeting with leaders from Central and Eastern Europe.

Poland is reportedly encouraging Trump to oppose the pipeline because of Warsaw’s own anti-Russian motivations. But Trump may very well have his own reasons to project himself as the promoter of the US alternative to Russian gas and to hit at what he sees as ‘free-riders’ in NATO.

NATO is not the framework where decisions concerning Nord Stream 2 could be taken. The European Commission is looking at the legal aspects of the project, but it doesn’t seem to have found any real arguments to stop it. 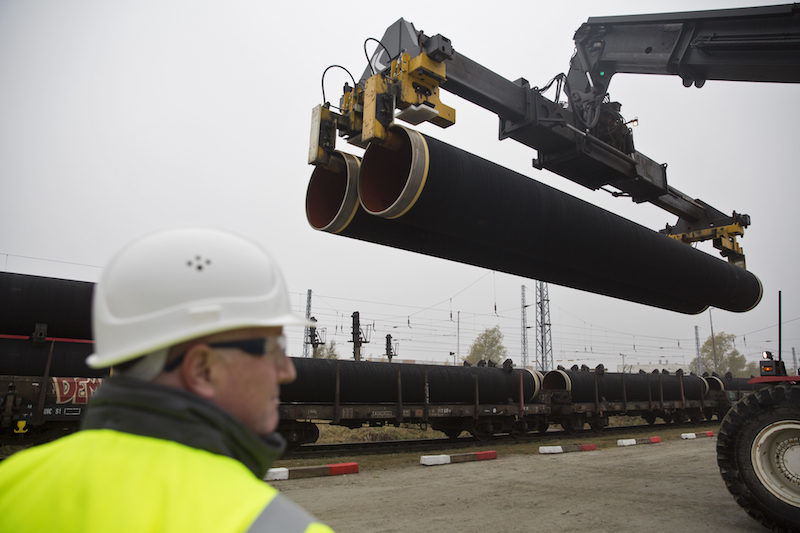 “For Nord Stream, there are different views. It’s not for NATO to solve that issue”, Stoltenberg said later in the NATO headquarters.

Asked to comment, Latvian President Raimonds Vejonis attempted to defuse tensions by saying that all countries in Europe were using Russian gas.

Trump is due to meet German Chancellor Angela Merkel at the NATO summit later in the day and will hold talks with Russian President Vladimir Putin in Helsinki on Monday.