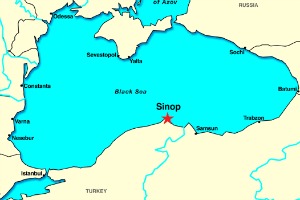 Turkey's energy minister has confirmed that the government has picked a Japanese-French consortium to build the country's second nuclear power plant, a project expected to cost an estimated €15 billion.

The deal was expected to be signed on Friday (3 May) by Turkey's Prime Minister Recep Tayyip Erdo?an and his Japanese counterpart Shinzo Abe, who will be visiting Ankara, Energy Minister Taner Y?ld?z told reporters.

The consortium consists of Japan's Mitsubishi Heavy Industries Ltd, one of the builders of the Fukushima plants, Itochu Corporation and French utility group GDF Suez, which will operate the 4,500-5,000 megawatt (MW) plant. The group has pledged to instal an Atmea-type nuclear plant, built by French nuclear engineering group Areva .

Y?ld?z said Turkey will also be a shareholder. "Turkey will have a stake in the nuclear power plant that will be constructed in Sinop," he said, but did not say by how much. Sinop is a peninsula on the Turkish Black Sea coast.

Fast-growing Turkey's scarce energy resources mean it imports almost 97% of its energy needs. Erdo?an has been an advocate of the country's ambitious nuclear programme, which aims to help reduce its dependence on hydrocarbon fuels by providing 10% of the country's total electricity needs by 2030.

Russia's Rosatom is to build Turkey's first nuclear power station, with its construction due to start in mid-2015 and first power due to flow in 2019, its deputy general manager said in February.

That €15-billion plant at Mersin Akkuyu on the Mediterranean coast will also have four power units with an installed generating capacity of 4.8 GW.