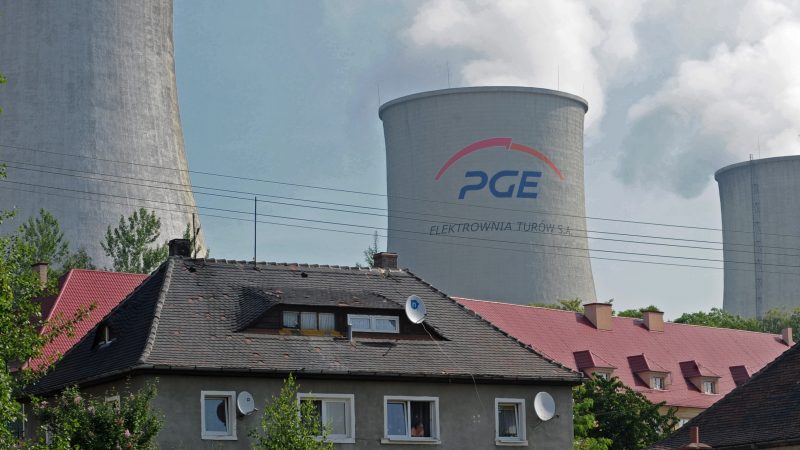 epa02193676 Residential houses are seen in front of cooling towers of brown coal power plant Turow, Poland, 09 June 2010. The power plant is one of Poland's most productive with a capacity of 2,106 megawatts. It is to be noise-reduced due to persistent noise pollution noticed in the adjacent communinities of Hirschfelde and Rosenthal. EPA/MATTHIAS HIEKEL [MATTHIAS HIEKEL / EPA]

In a rare move for an EU country, the Czech Republic took Poland before the European Court of Justice in February this year for extending a mining concession for an open-pit coal mine near Turów, a Polish village just over the border.

The Czech Republic said Warsaw had violated the EU’s Environmental Impact Assessment Directive which requires transboundary consultation, and the principle of cooperation enshrined in the EU Treaty.

EU judges are now considering the case and will make a decision on the Czech Republic’s call for a temporary closure of the mine soon.

Poland’s climate ministry said its decision to extend the concession was in the public interest as Turów supplies lignite, or brown coal, to a nearby electricity plant, which provides around 5% of Poland’s power.

PGE, the state-run energy group running the plant, has also said that a sudden closure of Turów could lead to economic collapse in the province and shake “the stability of Poland’s power system”.

Critics have also queried PGE’s claim that the Turów power plant provides “up to 7%” of Poland’s electricity, saying the number was more like 3% in 2019.

“Polish citizens are afraid they could lose their jobs from one day to the next. That is the message that is being circulated on the Polish side,” said Petra Urbanová, a Czech lawyer involved in the case. 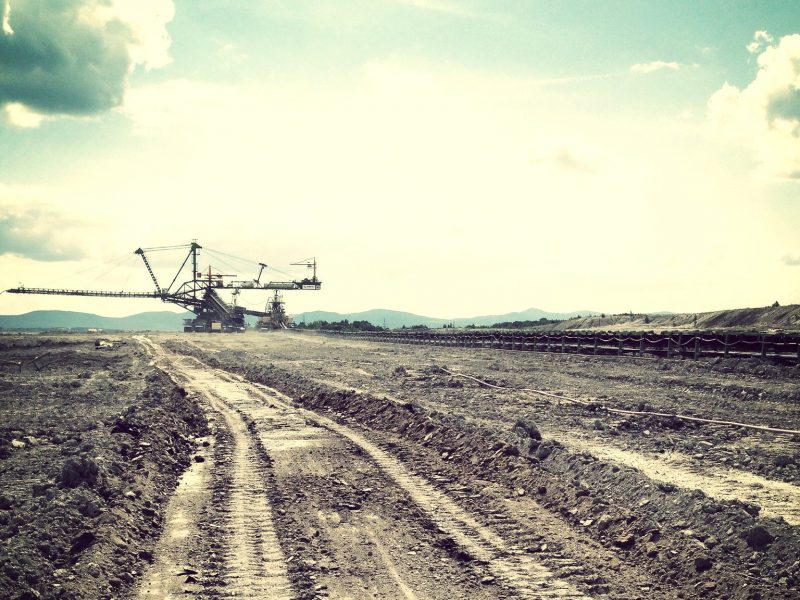 The dispute over Turów has also brought to light the region’s tumultuous past.

The mine has been in operation for a century and has a heavy historical background. Originally a German mine, it became Polish when the borders shifted after the Second World War, although it still served a German power plant. A power station was later built on the Polish side and a new unit was planned to come into operation in 2020, meaning the site required more coal.

Germany has several weeks to join the Czech case but has kept a low profile in the dispute. Relations with Poland are already tense because of the Nord Stream 2 gas pipeline project which is vehemently opposed by Warsaw, and German politicians are reluctant to pour further oil on the fire.

Berlin’s cautiousness has left the Czechs alone in their fight against the extension of the mine’s license. In addition to environmental concerns, Czech politicians and environmental NGOs have pointed to violations of EU law requiring regional consultations to take place before extending the mine’s operations.

A report on the regional impact of Turów on neighbouring countries was commissioned in 2015. But when the study was done in 2018, it did not include all the environmental aspects that the Czechs and Germans had been asking for.

Last year, Prague brought its concerns to the European Commission for an arbitrage. In December, after having heard from both sides, the EU executive partly gave reason to the Czechs, saying Polish authorities had “incorrectly applied” two directives – one related to environmental impact assessments and another on access to information by the public and member states involved in transboundary consultations.

However, the Commission said that infringements alleged by the Czech Republic on the impact on its waterways were unfounded, based on the evidence provided.

Campaigners say this left Prague with no choice but to take Poland to court – the first time an EU country has sued another on environmental concerns.

“I was trying for a long time to solve this dispute without squabbles before the court,” said Czech Foreign Minister Tomáš Petříček whose proposal to sue Poland was approved by the government on 21 February.

Poland’s PGE, for its part, denounced a “predatory campaign” by the Czech government, which “will cause a disaster for the entire Polish region” and its inhabitants whose livelihoods depend on the mine. The company said it answered thousands of queries during cross-border consultations and is constructing an anti-filter screen into the mine’s drainage system to avoid water pollution.

Contacted by EURACTIV, the EU executive said it offered assistance in the matter and is currently waiting for the judgement from the European Court of Justice.

“The Commission encouraged dialogue between the member states and offered assistance. However, it is for the Member States themselves to decide, if they wish to solve disputes by engaging in negotiations or by employing the legal path before the Court of Justice,” Commission spokesperson, Vivian Loonela, told EURACTIV.

Still, people are looking to the European Commission to step in.

“Turów, without doubt, violates European law. The excavators should have stopped a long time ago, and it is a huge mistake on the part of the European Commission that this has not happened yet,” said Czech MEP, Mikuláš Peksa.

Trade unions, for their part, point to failures in EU regional cooperation, suggesting the matter was not properly addressed at European level.

“This is exactly why European cooperation in the fields of environment, energy and climate is so absolutely crucial,” she told EURACTIV. “Because what happens on one side of a border has an impact on people living on the other side.”

According to Kirton-Darling, EU judges “will have to weigh up the whole context” when dealing with the Túrow case, including Czech and Polish arguments.

“There is a public interest in both cases,” she remarked, saying “there will be damage either way”. In any event, she insists on the need for “a negotiated dimension to the mine closures” in the interest of coal workers and their families.

“It’s a shame that the European Union as a forum for dialogue hasn’t been adequate enough to solve the conflict as this point. But this is what the European Court of Justice is for, it’s the final arbiter of disputes between member states,” she said. 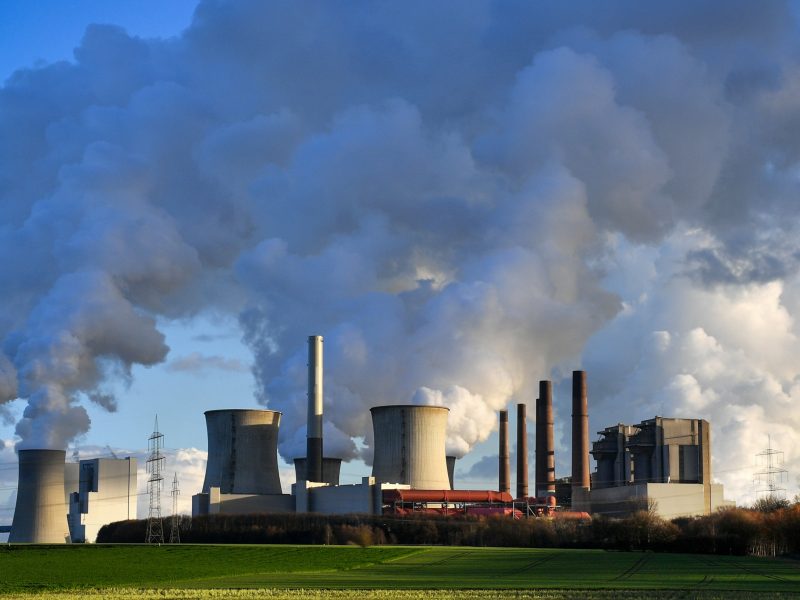 Poland, in the meantime, has brought the dispute to a different level, saying the Czech Republic’s request to halt mining operations in Turów is in contradiction with the “just transition” principles of the European Green Deal.

“The request for the immediate closure of the Polish mine calls into question the credibility of the assurances of European solidarity and the fairness of the transition, which is necessary but must be carried out in a planned and staged manner,” PGE says in a special website dedicated to Turów.

Last year, EU legislators agreed on a Just Transition Fund with €17.5 billion of fresh money to help regions wean themselves off heavily-polluting industries, such as coal and peat.

While Poland is expected to be the fund’s top beneficiary – alongside Germany – the dispute over Turów, and Warsaw’s reluctance to decide a coal phase-out date, could delay disbursements.

“We hope that no region and local community will be left behind and the Commission will confirm the possibility to address via the just transition fund the negative effects of the ongoing transformation also for the Turów surrounding area,” said Małgorzata Babska, spokeswoman of PGE Group.

2 responses to “Turow: the Polish coal mine at the centre of regional tensions”