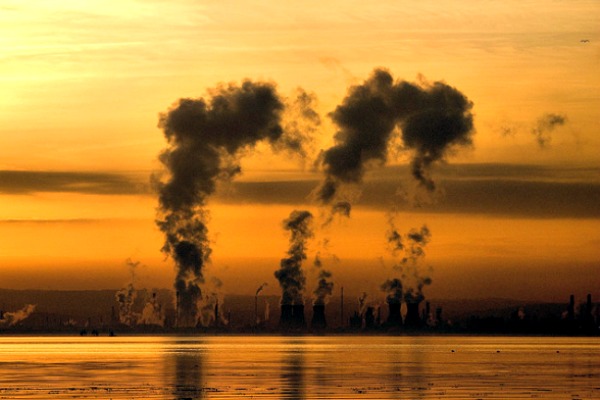 EXCLUSIVE / Fears of a gas crunch this winter have propelled energy efficiency to the top of the agenda for today’s informal energy council of EU energy ministers in Athens, documents seen by EURACTIV confirm.

Exploring ways to curb energy demand is the second point on a discussion paper prepared by the Greek presidency, where it is described as “the starting point for reducing EU energy dependency”.

The lead item on the paper is ensuring consistency between the EU’s forthcoming energy security strategy and its proposed climate targets for 2030. Efficiency is cited among these in the paper, and a formal target could soon be mooted in a summer review of progress toward the EU’s goal of improving energy savings by 2020.

“Meeting the EU energy efficiency target of 20% should be the first priority,” the paper says, “notably based on a set of measures including the roll-out of IT tools allowing consumers to control better [their] energy use, a faster renovation of energy inefficient buildings and specific measures concerning industry and district heating systems.”

While the reference to smart meters is clear, EURACTIV understands that options for closing an estimated 3-4% shortfall in the 2020 objective could include strengthening public buildings renovation targets in the energy efficiency directive, and moving them over to the more robust energy performance in buildings directive.

Financing energy efficiency measures will be discussed in the Council’s second session, following a meeting in which an official from the International Energy Agency will kick-start a discussion on energy security.

Europe is the world’s largest energy importer and spends €545 billion a year on the 60% of gas and 80% of oil in its energy mix that arrive from abroad.

Russia supplies around a third of Europe’s gas but the demand for this fuel would be removed by a programme of deep renovations to Europe’s building stock, according to separate analyses of Eurostat figures by the Buildings Performance Institute Europe and Stefan Scheuer Consulting.

EURACTIV has learned that the action plan in the EU’s energy security strategy is likely to involve diversifying gas supply routes to avoid Russia, and improving storage facilities, reverse-flows and grid interconnections to flexibly transport gas already on the continent.

Proposals are possible to adjust the 2009 Gas Transmission Networks Regulation or even to bring forward a new directive dealing specifically with gas storage and security of supply.

Measures to promote the use of biomass, district heating and heat pumps too are back in vogue, according to Jasmin Battista, a member of Energy Commissioner Günther Oettinger’s cabinet.

Battista reportedly told an industry meeting earlier this week that planned sustainability rules to account for the carbon debt that EU scientists say biomass can create, would now be postponed until after 2020 at the earliest.

A forthcoming paper on biomass sustainability criteria would “give certainty there is no further action required,” Battista said. The ease of fuel switching from coal to biomass in terms of costs and time constraints makes it an appealing option for countries such as Poland and the UK.

But EURACTIV understands that energy efficiency measures are also considered an easy energy security sell in the current political climate, unlike renewables, which have faced opposition in several EU states.

Figures published on 13 May showed a leap in rejections of proposed onshore wind farms in the UK to 41% in 2013, from between 25 and 29% in the preceding four years.

There is said to be broad support for new energy saving measures from the ‘Big 3’ – Germany, France and the UK. Even Poland has so far expressed little opposition.

Informed sources say that the Commission is also discussing emergency measures in the event of a gas crisis this winter at the highest levels. These could include renovating district heating networks and rolling out quick-fix residential building refurbishments such as insulation and double glazing which could rapidly reduce energy demand.

These would however make deeper renovations more costly and difficult in the longer term.

Within the European Commission, EURACTIV understands that there is also what one insider called “a lot of interest” in a 30% energy efficiency target from states such as Germany. This objective could be binding at the EU level and added to the 2030 package, after an energy efficiency review later this summer.

“We want to have a binding energy efficiency target,” one EU diplomat confirmed to EURACTIV. “We feel that it is a very important tool for enhancing Europe’s security of supply. But we don’t yet have a position on whether it should be 30, 35 or 40%.”

At today’s Council, the diplomat flagged a discussion on the timetable for presenting Europe’s climate and energy targets for 2030, which are expected in October.

“We, and France, would like to see some preliminary signal sent out by the June European council, to our international partners before the Ban Ki-Moon summit in the autumn,” he said.

Poland had resisted this idea he conceded, but added: “We feel an intermediate step in June should be more concrete and I expect this will be discussed by ministers this week.”