Ukraine looks to EU and US to prevent nuclear disaster, ensure energy security 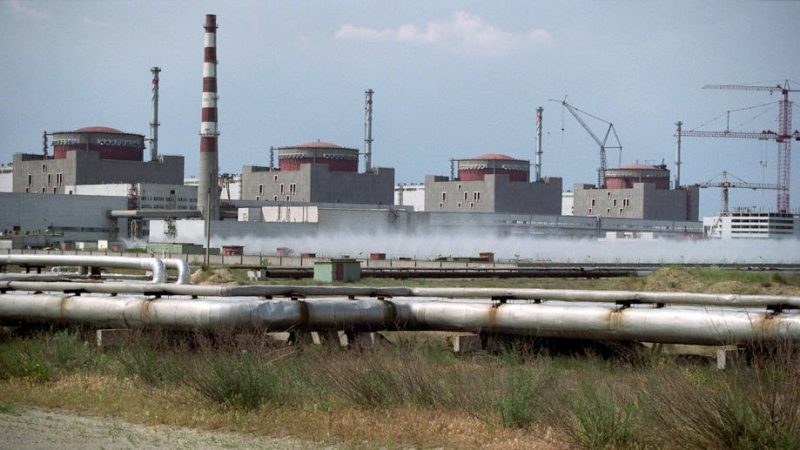 The government in Kyiv is looking to the West to protect its energy security and prevent a nuclear disaster after Russian forces in Ukraine seized the country’s largest nuclear power plant overnight.

The capture of the Zaporizhzhia nuclear power plant followed intense fighting around the complex, during which a projectile hit one of the buildings and started a fire. Three Ukrainian soldiers were killed.

Local firefighters put out the fire, and radiation levels at the plant are unchanged. None of the six reactors is affected.

However, the news renewed pressure to act on two areas: integrate Ukraine urgently into Europe’s electricity grid to stop blackouts, and prevent damage to a nuclear power plant that could trigger another disaster.

The spectre of the 1986 Chernobyl nuclear disaster has shadowed the last week of the war in Ukraine. As the fire burnt at the Zaporizhzhia nuclear power plant, Ukraine’s President Volodymyr Zelenskiy gave a video address, warning that “this threatens to be the second Chernobyl and an even larger one.”

After the fire was put out, the Ukraine regulatory authority said “essential” equipment was undamaged, and personnel took mitigatory actions. However, CNN reported staff are working “at gunpoint”.

While EURACTIV was told that Russia is not specifically targeting critical energy infrastructure, concerns remain over the safety of Ukraine’s 15 nuclear power plants.

“Firing shells in the area of a nuclear power plant violates the fundamental principle that the physical integrity of nuclear facilities must be maintained and kept safe at all times,” said Rafael Mariano Grossi, the director-general of the International Atomic Energy Agency (IAEA).

On Monday (28 February), following a meeting of EU energy ministers, Energy Commissioner Kadri Simson said there was an agreement to monitor “the safety of the nuclear power plants in Ukraine”. The IAEA is also closely monitoring the situation.

Calls for a no-fly zone

But Ukrainian Energy Minister Herman Halushchenko wants to go further, calling on the US to prevent nuclear catastrophe by closing Ukraine’s flight zone.

“I have just had an urgent telephone conversation with US Secretary of Energy, Ms Jennifer Granholm. I informed her that Russian troops were shelling the Zaporizhia nuclear power plant from the air and tanks,” he wrote on Facebook.

“I asked to prevent a nuclear catastrophe and close the flight zone over Ukraine,” he continued.

However, it is unlikely the West would enforce such a measure as it could easily provoke war with Russia.

Meanwhile, Grossi announced on Friday (4 March) he will travel to Chernobyl, telling journalists it is time for action to ensure nuclear safety.

The exclusion zone around the disused Chernobyl nuclear power plant was seized by Russians early in the war. According to Reuters, citing the IAEA, there were concerns over rising radiation levels, but they remain too low to put the public at risk.

However, the IAEA reiterated concerns from the Ukrainian regulator over staff welfare at the facility, saying they face “psychological pressure and moral exhaustion”.

The agency called for the Russian forces to allow staff to maintain the site.

Ukraine’s energy security in the balance

Ukraine’s energy system is still running, although localised regions suffer losses of electricity and gas. Energy companies, like DTEK, are doing their best to repair damages but cannot access all areas and are facing losses.

Zaporizhzhia is the country’s largest nuclear power plant, providing more than a fifth of generated electricity. This is vital because the country is currently cut off from the Russian, Belarusian, and European electricity grids, having been running tests to join the European one fully.

Out of six units at the nuclear power plant, only one is operating at 60% capacity. One unit was under planned maintenance, two are disconnected from the electricity network and are being cooled down. Two are running on low power mode.

According to DTEK, the output of Zaporizhzhia has dropped by 1.3 GW, which Ukraine is countering with thermal power plants. The country’s coal mines are operating normally, providing fuel for plants.

On Thursday, Timchenko told journalists that if Russia stopped the operation of the nuclear power plant and thermal plant in Zaporizhzhia, Ukraine could lose three gigawatts of capacity, which other nuclear and thermal power plants could still counter.

“In the worst-case scenario, if we lose a connection to these power stations, we can survive, we can provide stability in the system still,” he added.

But the situation means it is necessary to synchronise Ukraine’s electricity grid to Europe’s to prevent blackouts and ensure stability.

“This is technically challenging. But as Europe, this is something tangible we can do for our partners,” she said.

The group that runs Europe’s electricity grids, ENTSO-E, is currently mapping out the risks. According to the group, all continental Europe transmission system operators are now focused on identifying the key conditions needed to support the electricity supply to Ukraine as a priority.

Timchenko hopes this connection will be made next week.

All the necessary technical regulations have been developed and approved, automatic frequency and power control systems have been reconstructed at the power units, which will ensure that the current frequency is maintained per ENTSO-E standards, he told EURACTIV.

“After losing the three gigawatts, we will be in a critical position, where the additional two gigawatts coming from synchronisation will be very much critical for us,” said Timchenko just hours before Russian forces seized the power plant.

“If we lose more than five gigawatts in capacity, that is impossible to replace,” he added.