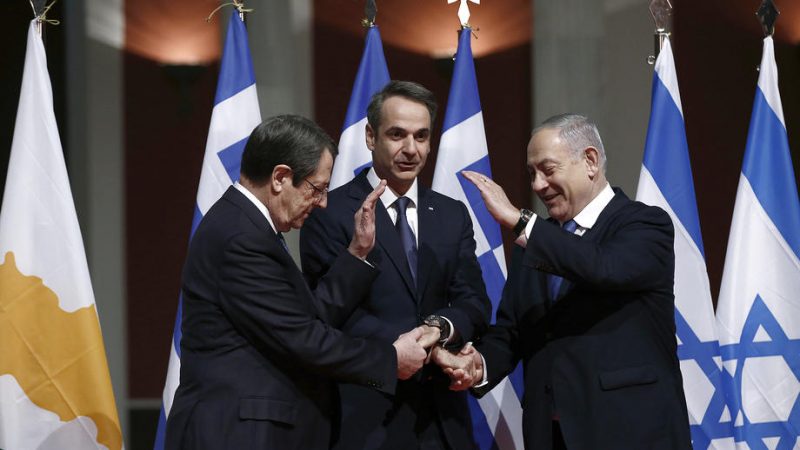 “The promoter is yet to finalise all the activities and to make the final investment decision. The project’s commercial viability also depends on future regional demand needs,” the Commission source added. [EPA-EFE/YANNIS KOLESIDIS]

Europe’s new push for diversification from Russia’s energy has revived talks about a pipeline bringing natural gas from the Eastern Mediterranean to Greece and the rest of south-east Europe. However, the European Commission still insists on the EastMed pipeline’s commercial viability before giving its final blessing.

“The feasibility of pursuing the EastMed Pipeline project will depend on its commercial viability and its ability to contribute to the EU Green Deal goals,” a Commission source told EURACTIV Greece.

The project promoter has received grants from the Connecting Europe Facility (CEF) to carry out all the necessary technical studies, including seabed surveys and engineering studies before investment decisions can be made.

“The promoter is yet to finalise all the activities and make the final investment decision. The project’s commercial viability also depends on future regional demand needs,” the Commission source added.

The project aims to transfer between 9 and 12 billion cubic metres a year from offshore gas reserves between Israel and Cyprus to Greece, and then on to Italy and other south-eastern European countries.

Although the EU generally aims to reduce the use of intensive carbon-emitting fuels and accelerate the uptake of renewable energy in the interim, the source explained that natural gas may assist in a successful energy transition in some member states.

The revised TEN-E Regulation, which governs the PCI list (cross-border projects of common interest), will update the infrastructure categories to be supported in line with the Green Deal.

“As a rule, natural gas projects will not be eligible to obtain the PCI status, but the European Parliament and member states agreed to an exception for both Cyprus and Malta due to their unique position as island nations that are less connected to the main European energy infrastructure,” the source added.

Following Russia’s aggression in Ukraine, Washington has admitted that the Eastern Mediterranean will play a key role in cutting Europe’s energy dependence on Moscow. But no particular reference to EastMed was made.

A US State Department spokesperson said the region “will play an increasingly important role as it expands its capacity to import liquefied natural gas (LNG) and build infrastructure such as regional electricity interconnectors, thereby promoting Europe’s energy diversification”.

Earlier this year, a State Department statement suggested that Washington was no longer supporting the construction of the EastMed gas pipeline project as US interest was now switching to renewable energy sources. 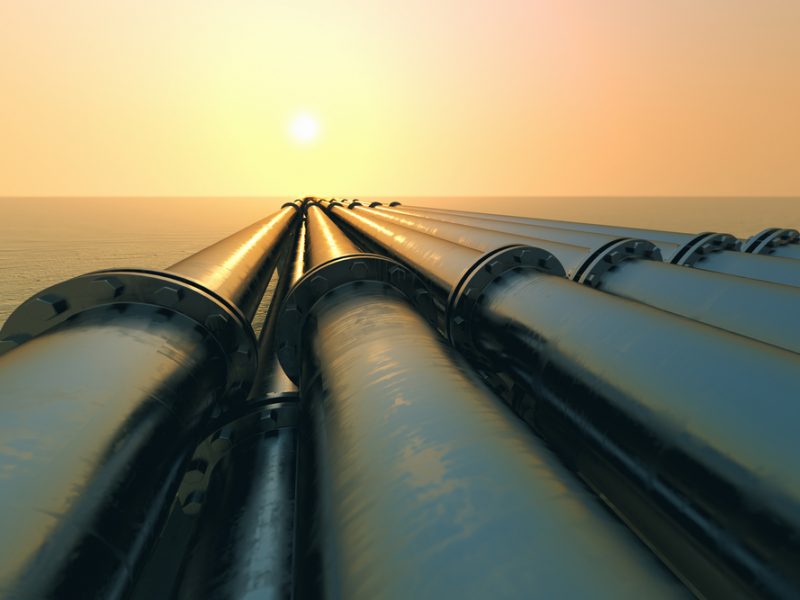 However, a key element is whether a pipeline will be commercially feasible or whether other options are on the table.

When Cyprus, Greece and Israel signed the pipeline deal in January 2020, an EU official told EURACTIV that the pipeline should be seen as “one option” of tapping EastMed gas supplies for the EU, alongside shipping it by tankers in the form of LNG.

The pipeline would still start from Israel’s Leviathan gas field but instead of going to Cyprus through an offshore pipeline, it would head to Egypt by land and then ascend to the island of Crete, passing through the demarcated Greek-Egyptian Exclusive Economic Zone.

LNG ships will then be able to transport the gas either to Alexandroupolis in north-eastern Greece or elsewhere, having Europe as a final destination.

But there is also a geopolitical angle to the matter, considering that Turkey is geographically bypassed in the pipeline’s planning. And Ankara questions the feasibility of the pipeline.

Turkish President Recep Tayyip Erdoğan recently said that “if cost is calculated, the most suitable scenario is for this gas to pass through Turkey. After all, they [other involved states] discuss this with each other”.

In what some described as “rapprochement” in the wake of the war in Europe’s east, Mitsotakis and Erdoğan held a meeting in Istanbul last month. Although details of that meeting were never revealed, press reports suggested that energy dominated the talks.

For Michalis Mathioulakis, an energy expert at the ELIAMEP think tank, the construction of the pipeline is a decision that involves solely Greece, Cyprus, and Israel and is therefore completely detached from any talks between Greece and Turkey.

“Besides its technical challenges, the EastMed pipeline has been primarily affected in recent years by the EU’s decarbonisation policies that refrained from offering further financial and political support for new gas infrastructure projects,” he told EURACTIV.

To that end, he added, the EU’s renewed resolve to strengthen its energy security by significantly lowering its dependence on Russian natural gas opens a “renewed window of opportunity” for completion of the gas pipeline.

“Financial and political support by the EU can facilitate the final investment decision-making process by the private entities that are considering their participation in the project,” he said, adding that the significant rise in natural gas prices in Europe favours the economic viability of the pipeline.

However, he warned that the EU’s resolve to support new gas infrastructure may not last long, since it diverges from the bloc’s long-term decarbonisation ambitions.

In addition, he said, the course of gas prices in Europe for the rest of 2022 and in relation to developments with the Russian invasion of Ukraine, will determine the market signals for the firms considering participating or financing the project.