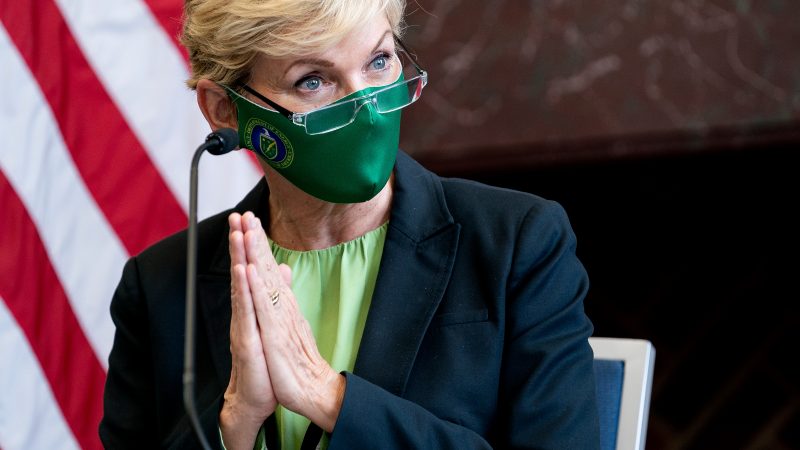 Jennifer Granholm, US energy secretary, speaks during a roundtable discussion at Howard University in Washington, DC, USA, 03 May 2021. [EPA-EFE/Stefani Reynolds]

The climate crisis presents “a market opportunity for carbon-reducing technologies” such as nuclear power, said US energy Secretary Jennifer Granholm, teasing a $23 trillion market to countries in Central and Eastern Europe by 2030.

Low-carbon technologies “will be a 23 trillion-dollar market by the end of this decade,” which offers “an enormous potential to countries on both sides of the Atlantic,” Granholm said on Wednesday (22 September).

Speaking from Poland during an online press briefing, Granholm said the transatlantic market “will give us a chance to launch new business, new industries, to attract billions of dollars of new investment, and certainly to create millions of new jobs”.

In Poland, Granholm officially relaunched P-TECC – the Partnership for Transatlantic Energy and Climate Cooperation – a US-funded program to deploy clean technologies in Central and Eastern Europe.

“Through the Business forum today and the ministerial tomorrow, we’re shining a light on the many opportunities to attract billions of dollars in clean energy investment across central and eastern Europe,” Granholm said. 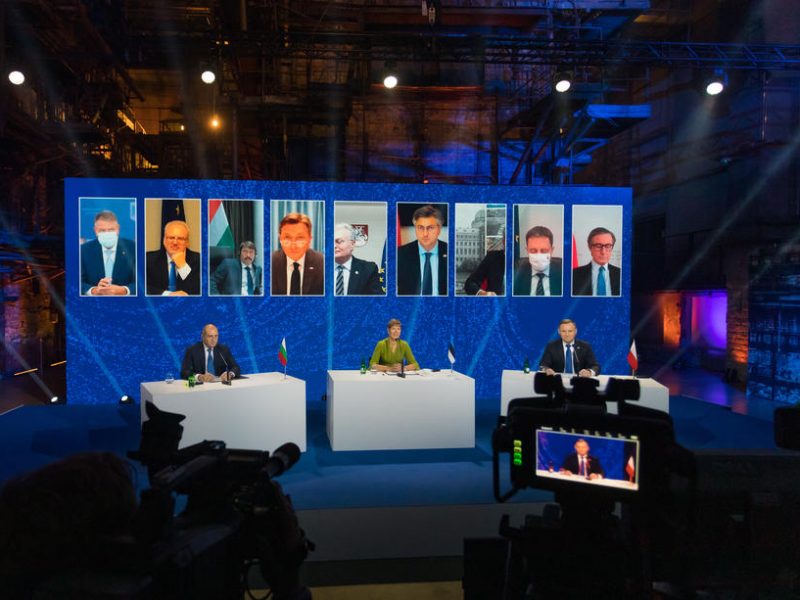 The Three Seas Initiative virtual summit held in Estonia on Monday (20 October) saw further consolidation between its 12 members. At the same time, the US has started seeing the project as a vehicle to win the geopolitical battle for ‘hearts and minds’ in the region, in a bid to reduce Chinese and Russian influence there.

For Granholm, stepping up transatlantic cooperation on clean energy is becoming more urgent due to climate change.

In the US, President Biden’s ‘build back better‘ agenda includes an objective to have 100% of US electricity produced from “clean sources” by 2035, she explained, saying this involves reducing CO2 emissions by more than 50% by 2030 and cutting them down to net-zero by 2050.

“I know Europe is working on similar measures,” she said, adding that the US department of energy was adjusting its own programs with developments in Europe.

And nuclear power features highly among the US objectives.

“The reason we’re here in Poland is because we have been talking about a partnership in the area of nuclear,” Granholm said. “We’re really excited that we may have this partnership here with Poland”.

In October last year, Warsaw and Washington signed a 30-year intergovernmental agreement on future cooperation in the development of the Polish civil nuclear energy programme.

Warsaw expects its first nuclear power station to start operating in 2033. A total of 6-9 GW of nuclear power is expected to be installed by 2043, the Polish energy ministry said, for an estimated cost of €4.66 million per MW.

And the US is in pole position to win those contracts.

“Our collaboration to develop Poland’s civil nuclear programme is vital to Poland achieving EU carbon reduction targets and to guarantee its energy security,” Granholm said. “That dispatchable, clean, uninterruptable power is the gold standard of what every nation is looking for” in their quest to reduce CO2, she explained.

In July, US nuclear power firm Westinghouse announced the launch of a front-end engineering and design study – or FEED – under a grant from the US Trade Development Agency to advance Poland’s nuclear energy programme.

“It’s an opportunity to give American technology to help meet Poland’s clean-energy needs, and Westinghouse is going to offer its AP1000 nuclear reactor for the project,” Granholm said.

Westinghouse has over half of the world’s running nuclear reactors, she indicated. But cooperation with East European countries is not limited to nuclear and spans the whole range of clean technologies, from solar and wind to geothermal, hydrogen, biofuels, and batteries, she said.

Granholm admitted that not everybody in Europe is comfortable with nuclear energy. “But I will say that, for countries that do want it, we cannot afford to ignore clean, safe, reliable sources of energy,” she said.

“Nuclear technology is clean baseload power, and we want to make sure that those countries that want access to nuclear can have it”. 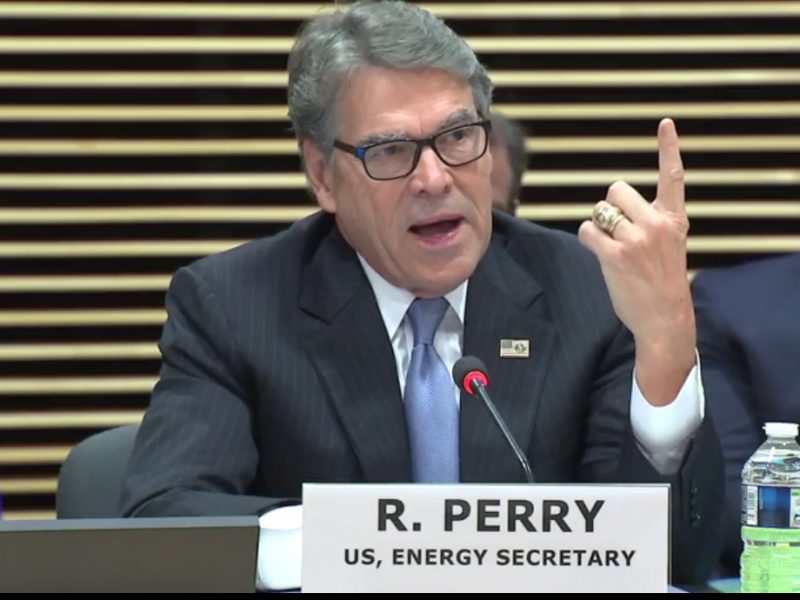