The text agreed by the House and Senate defence committees concerning the sanctions is part of the $738 billion 2020 draft US defence budget. It reads that sanctions are introduced in defence of the European energy security, threatened by Russian projects.

Among other things the draft budget forbids the sale of F-35 stealth jets to Turkey, as a result of the purchase of Russian S-400 air defence systems by Ankara, and approves $300 million of military aid to Ukraine.

The bill is expected to pass before Congress before the winter holidays. What is less clear is what would be the details of its implementation.

The development comes as the construction of Nord Stream 2, aimed at doubling the current supply of Russian gas to Germany under the Baltic Sea, is near completion, after Denmark removed the last hurdle last October. The first gas is expected to flow by mid-2020. 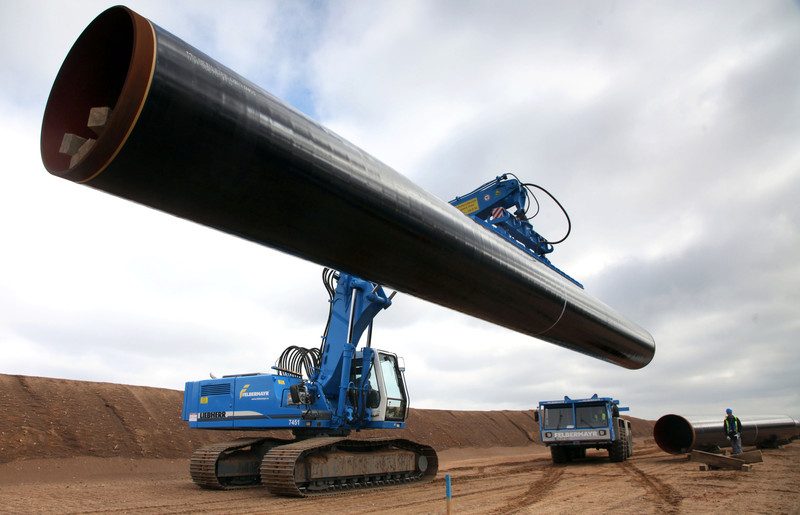 Turkish Stream aims to start bringing Russian gas to Turkey under the Black Sea in January. A second portion of the pipeline, with an annual capacity of 15.75 bcm/y, called Balkan Stream, is under construction and will transport Russian gas to Bulgaria, Serbia, Hungary and Austria.

In addition, Western companies are involved in the production and the offshore laying of pipes for both pipelines.

The construction of the 474 km of Balkan Stream across Bulgarian territory is carried out by Arkad, a Saudi consortium.

Unlike Germany, Bulgaria is hardly able to withstand US pressure. Russian President Vladimir Putin has recently warned that if Bulgaria dragged its feet, the pipeline would find another route. He said this in the presence of Serbian President Alexandar Vučić, who was on a visit to Moscow.

Both Nord Stream 2 and Turkish Stream aim at bringing gas to clients in Europe while bypassing Ukraine. Russia wants the projects to be ready as soon as possible, in the context of the expiration of its long-term gas contract with Ukraine on 31 December 2019.

The US sanctions play into the hands of Ukraine, at a time when it is trying to negotiate the volume of future gas transits across its territory. Moreover, the results of the “open season” [capacity booking] for Balkan Stream are unusually opaque for the standards of this business, experts have said.

Asked to comment, the European Commission was not ready to provide immediate answers.

The previous EU executive was involved in trilateral talks to help reach an agreement on the future of gas transit via Ukraine. But more recently, Russia and Ukraine have opted for the bilateral format.