US will sanction whoever purchases Iran’s oil, official says 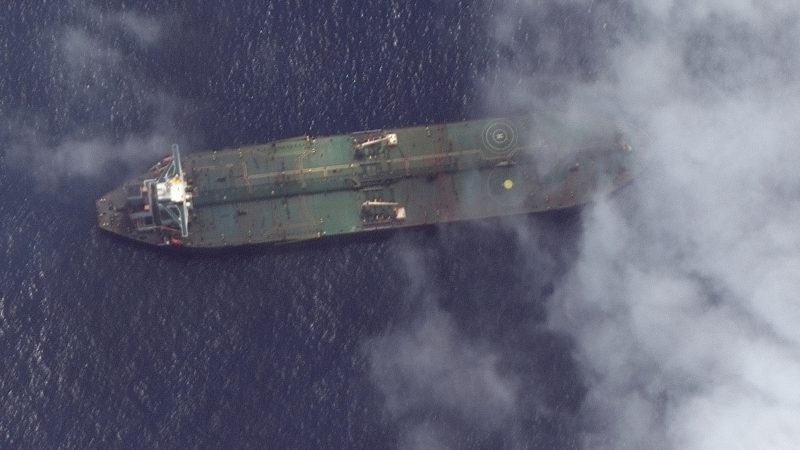 A satellite photo made available on 07 September 2019 shows the Adrian Darya-1 oil tanker off the coast of Tartus, Syria, 06 September 2019. The Iranian oil tanker, loaded with some 2.1 million barrels of oil and formerly know as the 'Grace 1', was seized by Gibraltar authorities on 04 July on suspicion of delivering Iranian oil to the Syrian Banyas refinery in violation of EU sanctions. [EPA-EFE/SATELLITE IMAGE ©2019 MAXAR TECHNOLOGIES]

The United States will continue to impose sanctions on whoever purchases Iran’s oil or conducts business with Iran’s Revolutionary Guards and no oil waivers will be re-issued, a US official said on Sunday (8 September).

Iran’s crude oil exports were slashed by more than 80% due to re-imposed sanctions by the United States after President Donald Trump exited last year Iran’s 2015 nuclear deal with world powers.

“We will continue to put pressure on Iran and as President (Trump) said there will be no waivers of any kind for Iran’s oil,” Sigal Mandelker, US Treasury Under Secretary for Terrorism and Financial Intelligence, told reporters.

Mandelker added that Iranian oil sales have taken a “serious nose dive” because of US pressure.

Since ditching the nuclear deal, calling it skewed to Iran’s advantage, Trump has reimposed sanctions to strangle its vital oil trade and force Tehran to accept stricter limits on its nuclear activity, curb its ballistic missile programme and end its support for proxy forces around the Middle East.

In retaliation, Iran has been reducing its commitments under the deal since May, pressuring European countries to the pact to protect Tehran’s interests and its economy.

France has proposed offering Iran about $15 billion (€13.6bn) in credit lines until year-end if Tehran comes fully back into compliance with its 2015 nuclear deal, a move that hinges on Washington not blocking it, Western and Iranian sources said.

In addition to saving the deal, Tehran wants to restart selling its oil.

Two Iranian officials and one diplomat told Reuters on Aug. 25 that Iran wants to export a minimum of 700,000 barrels per day of its oil and ideally up to 1.5 million bpd if the West wants to negotiate with Tehran to save the nuclear deal.

On Sunday, Iran said that its oil tanker Adrian Darya 1, which was detained by Britain off Gibraltar in July for allegedly breaking EU sanctions on Syria and was released in mid-August, had unloaded its oil after docking somewhere in the Mediterranean region. 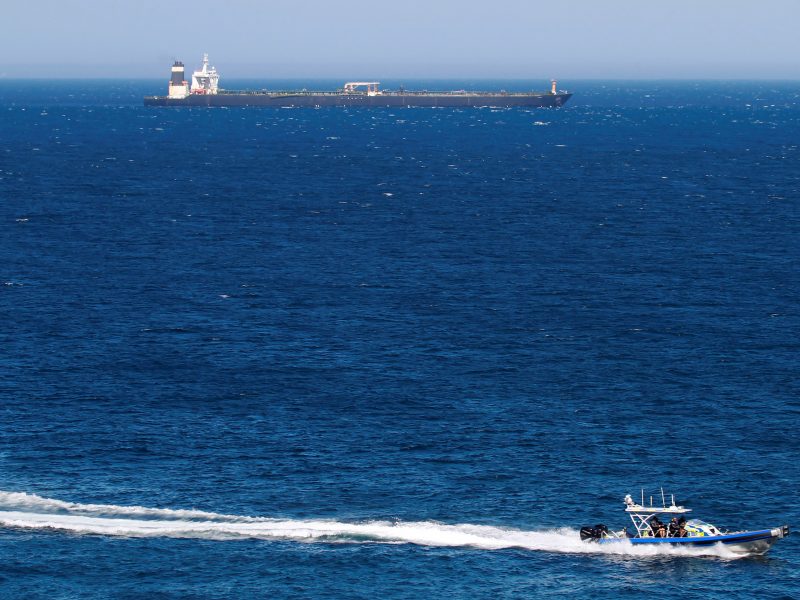 As Iran tanker heads to Greece, US warns against helping vessel

An Iranian tanker at the centre of an angry confrontation between Iran and Washington sailed for Greece on Monday (19 August) after it was freed from detention off Gibraltar, as Washington called the release unfortunate and warned Greece and Mediterranean ports against helping the vessel.

Last month, the US Treasury blacklisted the tanker, which went dark off Syria last week and had been photographed by satellite off the Syrian port of Tartus.

On Sept 3, Iranian President Hassan Rouhani said Tehran will never hold bilateral talks with the United States but if it lifts all the sanctions it reimposed on Iran it can join multilateral talks between Iran and other parties to the nuclear agreement.