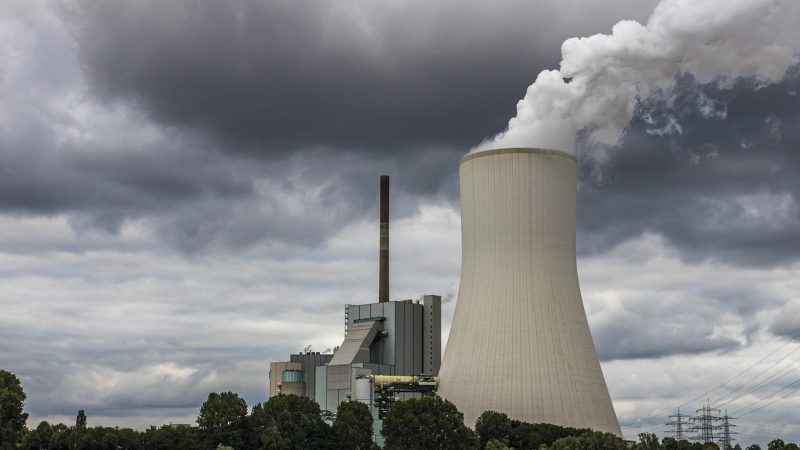 Poland is still heavily reliant on coal, but this causes air pollution and is unsustainable in a climate neutral future [Denny Franzkowiak / Pixabay]

“It’s not PR. We have it all carefully thought out,” Maciej Sytek, president of the board of the Regional Development Agency in Konin and co-author of the strategy, told EURACTIV.pl.

“Twenty years to achieve the goal of climate neutrality is an ambitious goal that will be difficult to achieve, but it is realistic for one generation,” he added.

The difficulty is that the region is home to seven coal mines and is the operation ground for the Pątnów-Adamów-Konin Power Plant (ZE PAK), which generates electricity from lignite, also known as brown coal. It employs several thousand people.

Giving up opencast mines – or surface mines – is also a socio-economic challenge. Thousands of people will have to find new jobs and many will have to retrain.

Trade unionists from ZE PAK announced that the abandonment of the new Ościsłowo opencast mine would mean the loss of as many as 7,000 jobs. They fear the impact of climate neutrality plans and are threatening to go on strike.

“We need a government plan not only for miners from Silesia but for the whole of Poland. We need cooperation,” said Sytek.

“There is an urgent need to create a government programme for employees leaving mining and conventional energy in the form of public aid mechanisms, such as bridging pensions or help in finding a new job,” he added.

The Just Transition Fund may help the Greater Poland region in the west of the country change its economy. Alongside the region of Konin, Wałbrzych, Silesia, Lublin, Łódź and Lesser Poland can also take advantage of the money.

The base figure for this money is around €3.5 billion but may be higher when paired with other funding. However, half of the money from the Just Transition Fund is conditional, and its payment is dependent on the consent of individual countries to the EU’s climate neutrality goal by 2050.

The money will not be allocated directly to the transformation itself. Instead, it will go to projects addressing its negative impacts. For example, the creation of alternative jobs or programmes of extensive training and retraining of employees.

Will the government thwart local plans?

The provincial government is preparing a programme called “Just transformation of Eastern Greater Poland”. It assumes concrete support for the Konin subregion, which must shift from an economy associated with lignite to one in line with green principles. The first steps were taken already in 2018.

“We have invited all interested parties to cooperate in working groups. The four groups include representatives of NGOs, trade unions, local governments, entrepreneurs, ZE PAK, but also representatives of several ministries,” Sytek said.

As part of the Greater Poland Energy Valley, a project to promote economic development in
an area encompassing 43 municipalities and 15 cities, three main pillars to support climate neutrality have been created: producing energy from renewables, attracting investors in the field of electromobility, and in hydrogen technologies.

ZE PAK intends to invest in hydrogen, while other investors want to build solar or wind farms. In Konin, the construction of a factory producing parts for batteries for electric cars is underway.

The transition is by no means easy but is essential if the EU and Poland are to meet greenhouse gas emissions reductions.

“In our plan, we have to reconcile the interests of representatives of many industries, but we believe that the model of broad consultations, in which residents also participate, will help to develop the best possible strategy,” Sytek argued.

“This is a matter not only for miners, but for many other industries. It is very likely that in the near future, the labels in the EU will contain information about the carbon footprint of a given product or its sources,” he added.

He also warned that if Poland does not change its approach, its products may seem undesirable to European consumers because of the high emissions from burning coal.

The main goal of the project is to lead the region’s citizens and those with mining and mining-related jobs through the process of transformation with as little social and economic impact as possible.

“Our subregion is a laboratory on the road to climate neutrality,” Sytek said.