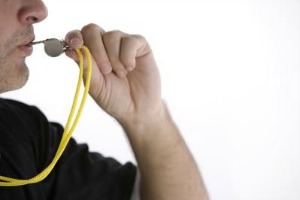 EXCLUSIVE / Non-binding energy efficiency goals are meant to be treated with reverence but are routinely ignored, ticked off, or met by using legislative scams, ex-government officials have told EURACTIV.

As Brussels gears up to discuss binding energy efficiency targets for 2030 this week, two whistleblowers told EURACTIV that the EU should learn from their experiences in implementing the 2006 energy services directive (ESD), which aimed to cut energy consumption.

‘Malcolm’, a former senior officer for a north European EU state's national energy agency, said that inconvenient energy savings measures were routinely skipped over when they were not legally enforceable.

“You just checked the directive article by article to see what the requirements were for member states,” he told EURACTIV. “Is it a binding requirement? ‘Ok, we need to do something’. Is it non-binding? ‘Ok, perhaps the policy we already have fits with that part of the directive.’”

“That’s what we do,” he told EURACTIV. “At least that’s what was done by my government. When the member states and Commission agreed on binding targets there was more budget available, a larger team, and more of an effort made.”

“If you don’t have clearly defined end use and primary energy targets you’re always opening yourself up to accounting tricks and abuse,” said ‘Sabine’, another former-officer responsible for the ESD in a national energy agency.

The energy services directive, which was passed in 2006, obliges EU nations to set up national energy savings action plans, showing how they would reach an indicative but ultimately voluntary 9% energy savings target by 2016.

The bloc is on track to meet this target, “according to the submitted National Efficiency Action Plans,” Marlene Holzner, spokeswoman for the energy commissioner Günther Oettinger told EURACTIV.

Other measures in the directive covered energy efficient procurement, services promotion and information points, as well as removing barriers within Europe’s internal market.

The law’s progress has been dogged by complaints about its enforcement, although the European Commission now says that it has been fully transposed and implemented.

But the agency that Sabine worked for chose to measure their energy savings in terms of primary energy – such as oil, coal and gas – rather than end-use energy, or actual energy consumption, as the legislation required.

This meant that measures such as the promotion of zero emissions buildings were neglected in favour of a subsidised scheme to convert buildings away from direct to district-based heating.

“It looked like they were saving energy because they reduced primary energy,” Sabine said, “but it wasn’t a real saving – an energy efficiency improvement – it was just a little trick that they used.”

Energy and the environment are both considered shared competences under the Treaty of Lisbon, but Brussels is often hesitant to legislate on energy, a matter of national security for some. The energy savings targets in the ESD, a case in point, were originally proposed as binding statute.

“The European Parliament tried to get a binding target and they argued and argued but finally had to give up when the realised they couldn’t,” said Randall Bowie, one of the directive’s authors. “They fought for it like crazy.”

A consequence of that defeat was that member states ignored parts of the directive that couldn’t be easily included as part of already-existing programmes, Bowie said, or promoted them with weak legislation that had little impact.

“When a target is there, they realise that they have to do a more ambitious implementation,” he told EURACTIV. If the ESD had included binding targets, there would have been no need to repeat some of its measures, such as supplier obligations in the energy efficiency directive, he added.

“Non compliance by a member state with a non-binding target can lead to naming and shaming but not to any legislative action so there is no political risk of infringement procedures for a government minister,” said Malcolm.

“That is why there was much more progress on topics like renewables and CO2 emissions reductions.”

For Bowie, this is particularly troublesome as, he argues, energy efficiency has greater standalone CO2-reducing potential than renewable energies because of the sectoral flexibility it offers.

“There are a lot of strong arguments for having a binding target for energy efficiency,” he said. “Having a CO2 target is also important but a renewables target in the order of priorities could be third.”

This line of reasoning offers an olive branch to states such as Poland which balk at other climate targets.

But it is likely to be resisted by environmental groups, already mindful of a risk that the EU’s current three low carbon goals could be played off against each other in the 2030 negotiations to come.

The Energy Services Directive was adopted in 2006 and was seen as a key energy efficiency tool that could also help remove barriers to operating in Europe's internal market. Currently, only 5-10% of EU GDP is generated by providing cross-border services.

The original deadline for member states to fully implement the directive into national law was 31 December 2009.

A November 2009 debate in the European Parliament's internal market and consumer protection committee (IMCO ) saw a number of MEPs express misgivings over the directive's implementation in EU member states, not merely in terms of timing but also concerning the methods used by individual countries.

One response to “Whistleblowers: Voluntary energy savings targets met by ‘tricks and abuse’”