Will this year’s Euro cup have lessons for football’s climate impacts? 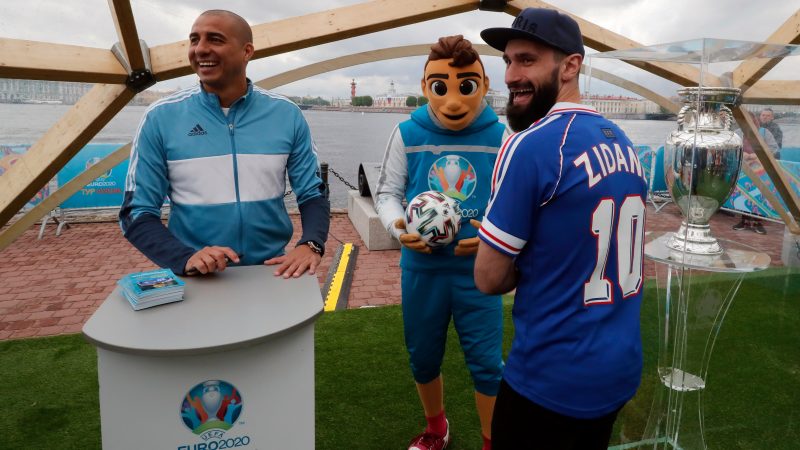 The 16th edition of the UEFA European Championship is set to be a tournament like none other before it. Euro 2020 was postponed – during a year in which the pandemic constrained sporting events across the world – but the contest is going ahead in June with limited audience capacity.

And just to add to the strangeness of this particular edition, this year it will take place across 11 European countries instead of the usual one or two. That initiative was taken before the pandemic by then UEFA chief Michel Platini, who defended it as a “romantic” one-off event to celebrate the 60th anniversary of the competition.

But at the same time, this year’s tournament is coming as more and more attention is being paid to the climate impact of spectator sports. The EU has set a goal of reducing emissions by 55% by 2020 and to net zero by 2050. Each sector is being asked to do its part to help get to this goal.

And some are questioning whether holding a tournament across 11 countries is in keeping with that green ideal. Tournaments are already rough on the climate because of the large energy usage of stadiums, and adding extra travel to the mix can only add to the emissions, critics say.

A big stadium consumes about 10,000 megawatt-hours (MWh) of electricity per year, and up to 25,000 KWh during a 90-minute match. The energy used during just one match could power a dozen homes for an entire year.

Lighting alone accounts for almost 40% of total energy used during a match, according to the consumer consultancy Selectra. That isn’t just about lighting the pitch evenly, it’s also for scoreboards, monitors and advertising screens. Catering accounts for about 20%, as does heating and cooling. The powerful satellite transmitters and HD cameras needed for broadcasting the games account for about 11%.

“It is estimated your average World Cup stadium could power a small town without breaking a sweat, from kick off until the final whistle,” Selectra concludes.

And that’s just part of a football tournament’s overall carbon footprint. The 2018 World Cup in Russia is estimated to have produced 2.2 million tonnes of CO2 equivalent – comparable to the emissions from producing a half pint of beer for every person on the planet – says Charlie Rogers, a consultant with the environmental consultancy Small World.

“The biggest percentage was transport – that was 74% of the total carbon footprint of the fans and teams.” Accommodation made up 12%, food and beverage 5%, temporary facility construction 4%, and merchandise production 3%.

Given that transport is the biggest contributor to a football tournament’s emissions, this year’s EURO2020 offers the promise of a cleaner cup because there will be much fewer people travelling abroad to attend matches.

But at the same time, the new idea to have the tournament spread out over 11 countries rather than one or two could set a dangerous precedent. If teams and fans were to travel all over Europe for the next tournament after the pandemic, it could majorly increase the tournament’s emissions.

Such a development would be going against the grain of public opinion. There are a growing number of fan initiatives trying to make football greener.

In Germany, an initiative called “Unser Fußball” (Our Football) has been launched to promote fair competition as well as greater social and environmental responsibility for football clubs. It has already been signed by almost 3,000 fan clubs representing a total of around half a million fans.

“There is a broad fan base that is calling for a change in values in football,” says Manuel Gaber, a spokesperson for the initiative. But “surprisingly little has happened on the part of clubs and associations.”

“If climate change is an issue for everyone, it should be too for the world of football,” she told EURACTIV.

She was particularly enraged when she heard the Lyon football club travelled to Paris by plane when the same journey would take two hours by train. She also attacked Paris Saint-Germain for flying to Dijon, which is only one hour and a half away from Paris by train. To make things worse, the club’s bus drove all the way to Dijon empty in order to welcome the players at the airport.

Could these teams limit themselves to public transport? “When you’re thinking about the future of tournaments, if you could do it all by public transport links that would make a big difference,” says Rogers. “That’s easier for a lower division team than for an international team. But even if they could just fly commercially instead of by minijet, or if they could make half their travel in a season by public transport, it would send a clear message and reduce their overall carbon footprint.”

“There are huge challenges when you have an international fan base and an international competition, because it’s extravagant,” she adds. “You’re not going to be able to remove all of the energy consumption issues from a massive event like that. But one of the biggest impacts is not the actual energy use of the tournament itself, it’s influencing the millions of people that are going to be watching. You have so many eyes watching, and if they have an opportunity to change so many people’s habits.”

But are football fans keen to change their ways to lower their climate impact? The data suggests they’re not – yet. The Life Tackle project, an international project spearheaded by the EU, with which EURACTIV is involved, is seeking to disseminate best environmental practice in football, and it’s been looking at the issue of fan action.

A study carried out by Sant’Anna School of Advanced Studies in Pisa as part of Life Tackle last year found that while the majority of football fans are aware of the importance of protecting the environment, they’ve done little to change their own behaviour as football fans in order to do so.

Two-thirds of those surveyed said they always use a car to get to stadiums. The respondents were largely unaware of the environmental impact of football. For instance they could not identify stadium lighting, water irrigation and transportation as the biggest emissions producers of football. And half said they believe changing their individual behaviour would not do anything.

“We observed that the fans mostly just see the impacts that they see during the match,” says Professor Tiberio Daddi, the scientific coordinator of the project. “They mentioned waste, because they know after the match they see between the seats a lot of waste on the floor. But they’re not fully aware of the relevance of transport of supporters, because for them it’s not something they think is linked with the match. But with the cabron footprint study we have carried out, mobility is a very huge impact compared to other environmental aspects. They also didn’t know some hidden consumption that can be linked with the management of the stadium, they just attend the match but dn’t see the management.”

The results show a clear misalignment between the real impacts of football matches and the perception of the fans, he says. But could clubs and stadium managers do more to make their role in the transformation of football more visible?

There’s clearly a lot that can be done. As already mentioned, stadiums are big users of energy. The amount of electricity they consume depends on a lot of things: the weather, the time of year, the stadium’s age, and size, and whether it has a dome, for example.

Perhaps the biggest thing that can determine a stadium’s climate impact is whether its able to generate any of its own electricity. The most important consideration, however, is how often the stadium is used, and what it’s used for.

“These aren’t just stadiums, they’re buildings as well,” says Jed Cohen, a senior expert and project leader at Energy Institute who is involved with the EU-funded Greenfoot program, which is helping stadiums go green. Many football stadiums also include offices for the football clubs or national leagues. “Their use profile varies a lot. In one day they can be using a ton of energy with 80,000 people there. But 90% of the year you have 40 people in the office.”

When it comes to energy, the big users aren’t actually the most obvious elements that fans see. “Energy consumption isn’t only coming from the lighting of the pitch, but also from techniques that a lot of pitches have in order to stimulate the growth of the grass,” notes Daddi. “For instance, they use some lamps in the winter period to stimulate photosynthesis when there’s low sunlight. This is a very big impact, something like 30% of the total according to our estimation. And of course the supporters are unaware of this.”

This is where local weather conditions can have a big impact. A stadium in Rome or Baku doesn’t need these special methods to grow grass, and don’t need to heat the seats. The Life Tackle project is currently conducting a lifecycle assessment to see whether stadiums in Northern countries could do better by the climate by buying natural grass from warmer places and bringing it in with trucks, or using these artificial stimulation methods.

In this special report we will look at how stadiums can reduce their environmental impact by looking at three venues for the upcoming Euro 2020 tournament: Baku’s Olympic Stadium, London’s Wembley Arena, and Munich’s Allianz Arena. In a year where so many football plans are desperate for a return to normality, perhaps there are ways to get to a ‘new normal’ with football that isn’t so tough on the environment.