Wood fuel poised to be next global commodity 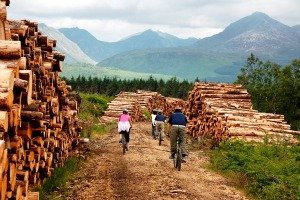 Wood fuel, one of the oldest energy sources on the planet, could become the newest commodity market if it can overcome supply limits and green concerns as demand grows for renewable energy.

Experts say that supply constraints are starting to put wood fuel into competition with the paper industry, in an uneasy reminder of existing tensions between the food industry and companies making biofuels from food crops.

Shaped wood pellets are made for the energy sector, while raw wood chips are used mostly by the paper industry.

The energy exchange APX-Endex is working with the Port of Rotterdam to supply an exchange-traded pellet product this year, while index provider FOEX has joined up with specialists Wood Resources International (WRI) for a global wood chip index.

Those developments herald a gradual shift to a more transparent market beyond bilateral deals between suppliers and users, such as timber companies and utilities.

Drax says biomass expansion depends on clearer UK support, under power market reforms to be announced before the summer. Its sources include straw and energy crops such as miscanthus.

Wood pellets are said to have about 70 percent of the calorific value of coal.

The British arm of German utility RWE, RWE npower will this year convert a coal plant near London to burn 2 million tonnes of biomass until it closes in 2015.

But it is an open question whether there is enough volume for an open market, as utilities already have large volumes tied up in long contracts, or produce pellets for themselves.

How green is wood?

An ever more burning issue is whether a burgeoning wood fuel market may damage natural forests.

“It's a completely crazy idea that we can burn our way out of climate change,” said Robert Palgrave from the green group Biofuelwatch UK, which advocates for wind power or energy efficiency.

Such concerns are reflected in a European Commission study of the environmental impact of biomass incentives, which will lead to new eligibility rules later this year.

“The Commission intends to publish the next report by the end of the year, as requested,” said a spokeswoman.

The biomass industry says it is working on its own green standards, and that plantation forests and waste will be the main sources of supply.

In theory, burning wood and crop waste emits less carbon than fossil fuels because it simply returns to the air carbon accumulated by plants as they grow. But that balance breaks down if stock is not replanted, or natural forests are logged.

In the meantime, utilities are burning biomass in ever greater amounts and now want price certainty and derivatives to manage their cost exposure in forward power sales. But concerns about deforestation are driving European policymakers to consider limits on subsidies for burning wood fuel.

Traders say that if EU wood fuel subsidies were more predictable, then utilities would commit to buy bigger volumes, and so motivate more supply. New utility demand for wood fuel, subsidised by EU low-carbon incentives, might also affect the paper and even construction industries.