75% capacity thresholds – do we really know what we are doing? 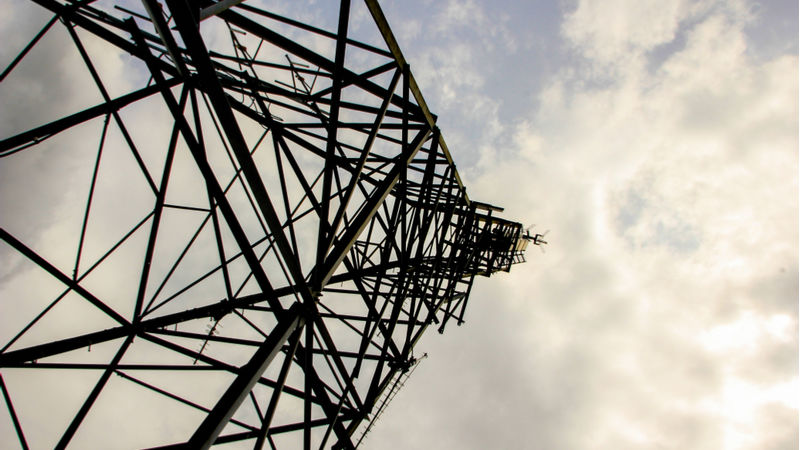 Despite massive power grid investments in the recent years in an attempt to keep up with renewable generation development, the level of cross-zonal capacities available for the market does not increase at the pace expected by European stakeholders and policymakers. TSOs are thus faced with criticism for “withholding transmission capacities” due to “lack of coordination and transparency”.

Some stakeholders go even as far as accusing TSOs of “protectionist practices” and prioritization of national markets at expense of cross-border trade. In an attempt to emphasize the importance of European market integration and development of the wholesale energy market, European legislators propose an “innovative” remedy: TSOs should be obliged to meet certain minimum benchmark “quota” when offering transmission capacities to the market.

This is quite a peculiar development – instead of analyzing the root cause of the issues with cross-border capacity and adjust the market design to address these issues, policymakers and European Commission propose to neglect the European market design and fix the outcome of the capacity calculation process. This experiment is to be carried out exactly at the moment when all European TSOs are working on coordinated capacity calculation methodologies mandated by the European network codes.

TSOs will thus not be given time to implement the currently elaborated methodologies, and then gradually gain experience and improve.

Instead, without changing the bidding zone configuration in Europe, cross-border capacities available for trade shall reach at least 75% of thermal capacities adjusted for contingencies. In a system as complex as the European interconnected grid and its integrated electricity market, this detachment of markets from physical grid reality will not be without consequences. However, no impact assessment has been provided.

So let us thus try to investigate it and elaborate on a couple of consequences of this experimental measure, to see if these are what the legislators actually wanted to achieve.

Firstly, 75% minimum cross-border capacity thresholds will lead to a significant increase in cross-border capacities. This is the goal. Although it might indeed facilitate stronger market integration and better convergence of wholesale market prices, these benefits will largely remain on paper since such market outcome will only be theoretical. Immediately after the closure of such day ahead market, or even before that, TSOs will need to apply a lot of corrective measures by adjusting the output of generation units throughout Europe.

Generation schedules and cross-border trades established on the basis of market outcome following such inflated cross-border capacities will, therefore, have very little to do with the effectively realized generation and realized cross-zonal exchanges after the TSO have intervened to ensure the adjusted trades are physically executable without violating security limits.

Artificially obtained price convergence will not allow for any meaningful price signals. Major importing countries will remain at low prices, without a realistic chance of getting out of this “spiral of death”.

After all, consistent and strong price signals are the condition sine qua non for market-based investments. Exporting countries, on the other hand, especially those which need to execute significant internal redispatching measures and pay for them, will end up injecting significant amounts of money into their generation fleet. This will further aggravate the disparity between exporters and importers, with little prospects for achieving a more balanced export/import situation over Europe. Are these the market price signals we are looking for?

Secondly, artificial cross-border capacities set in the abstraction of the applied market design will de facto introduce a new market design in Europe: “market coupling” will be replaced by “general redispatching market” as the central market segment in Europe. Actual power plant schedules will not be determined by the wholesale market trades, but by TSO redispatching measures. So what is the use of these wholesale prices?

The scale of this redispatching measures will depend on the final capacity thresholds, but the expected cross-border capacity increase stemming from 75% thresholds proposed in the latest Electricity Regulation will surely lead to much more redispatching. This will most likely affect the generator’s trading strategies, affecting also the revenue streams of market participants.

If the redispatching market will become the main source of revenue for many generators, their bidding strategy on the wholesale market will surely change. “Artificial” wholesale prices will, in turn, affect forward markets – the fundamental price and volume hedging tool. Has this been carefully thought through?

When the current Target Model was established and put into Network Codes, such as Capacity Allocation and Congestion Management Guidelines (CACM), it was preceded by long and profound discussions involving all stakeholders. Now the market design change seems to be a side-effect of a policy measure that might indeed be noble in intentions, but with severe unintended consequences. Are we now changing the European market design by replacing market coupling with European-wide redispatching market as the central market segment?

Hence, in the view of CEP, internal power flows resulting from internal transactions within bidding zones, unrestricted by zonal market design, are not desired and should be penalized. TSOs owning the internal lines will be made responsible for making 75% of capacity on these lines available for cross-border trade, including transits. In other words, CEP provisions imply that internal lines in each country should be used primarily for cross-border trade.

By simple analogy to another socially important network industry – railways: are the French SNCF or the German Deutsche Bahn preparing their train timetables after the train companies from foreign countries decide on their preferred use of railroad tracks, or is it the other way around? Or shall the German car owners “move out of the way”, so that international transit traffic gets the priority on the autobahn?

Do the domestic consumers, who did pay for building internal transmission lines over the course of the past decades, not have the right to use these lines? Should the domestic consumers be forced to either pay for additional grid reinforcements to over-dimension the internal grid beyond their needs or pay for redispatching to allow for priority treatment of cross-border transactions over the internal ones? Is it fair to mandate national consumers to finance transmission investments for the benefit of customers in other countries?

Finally, the technical challenges associated with the major increase of corrective remedial measures should not be underestimated. The scale of required redispatching and the short lead times before market closure and real-time will pose a great challenge for the TSOs. Available redispatching resources are not unlimited – it is in practice the less efficient power plants, too expensive to be able to sell their energy on the competitive wholesale market, often with higher CO2 emissions.

What is however even more important is that the ability to reschedule generation units is currently the primary tool to deal with unforeseen contingencies, such as outages of generators or transmission lines.

Such outages are not exceptional: it is a day-to-day TSO business. However, the more remedial measures are needed to increase market efficiency, the fewer measures are left for managing random events. These risks are certainly not theoretical. Even today some European TSOs are experiencing cases of insufficient remedial measures, let alone if the cross-border capacities are increased beyond the secure system boundaries. Are we sure we want to experiment with the security of the European power system by trading at wholesale markets in full detachment from underlying system operations?

These are important questions that need to be addressed. It would be irresponsible to pass through the new important legislation without thinking through its consequences. Even if the goal is honourable, inadequate implementation will undermine it. There is no doubt that we need to improve the electricity market functioning in Europe. Some European policymakers unofficially admit that 75% capacity thresholds is the tool to “improve European bidding zone configurations by splitting the large zones”.

However, if this is indeed the goal, let’s discuss this goal! Let’s discuss how to best implement it and work commonly towards achieving it. Changing bidding zones is a complex process, triggering resistance from many stakeholders. Some Member States explicitly oppose this. So it is unlikely that such fundamental change would happen as a secondary consequence. What is much more likely is chaos faced by TSOs in their attempt to manage grid operations after the cross-border capacities increase beyond the physical grid capabilities. This is quite a risky gamble!

The market is the best tool for efficient resource allocation – this is page one in all economics books. Considering the pace of technological development in the area of renewable energy and storage, final consumers are increasingly able to seek alternatives to traditional utilities for securing their energy supply needs. The rise of renewables and consumer emancipation will require using the grid more efficiently. However, one cannot expect this from the market that neglects the grid as its fundamental assumption.

Making the market even more detached from the physical reality by introducing a minimum 75% capacity obligation is not the right direction. What is the point of building more and more grid, if we are not able to fully use what we have? Nothing is for free. Consumers are now paying the bill for all market inefficiencies, including transmission expansion beyond their reasonable needs. But you cannot expect consumers to accept this indefinitely. At some point, when the energy supply costs surpass the costs of local generation and storage, the consumer will say: “I am out”. And we are approaching this point rapidly.

One response to “75% capacity thresholds – do we really know what we are doing?”