A carbon neutral Europe? Not without the Balkans! 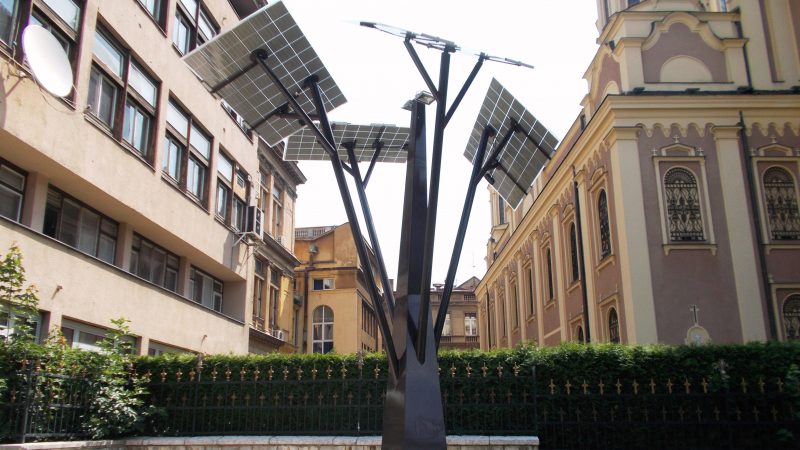 Increasing their share of renewable energy is crucial to the Western Balkans, but this must be done using the right technology for the region and with support from the European Union, argue Viola von Cramon-Taubadel and Thomas Waitz.

The six Western Balkans countries – Albania, Bosnia and Herzegovina, Kosovo, Montenegro, North-Macedonia and Serbia – are all part of Europe and they are all committed to join the EU in the future.

As part of their integration process, they became members of the Energy Community, an intergovernmental organisation that aims to create an integrated pan-European energy market.

They have pledged to align their energy markets with the EU, and last November in the Sofia Declaration they committed to carbon neutrality by 2050. However, without radical and quick change, there is little hope they can fulfil the obligations they incurred.

If you had the chance to visit the Western Balkans in the winter, you might have seen … nothing at times because of the air pollution. On top of the COVID-19 pandemic, the region has been in the middle of a serious and long-lasting health crisis because of air pollution, with many of the cities in the region having the worst air quality of our continent.

The coal and lignite used for electricity and heating are responsible for up to 5,000 premature death in just 19 cities according to a UNEP study. According to the Health and Environment Alliance, coal plants alone cause 8,500 cases of bronchitis in children and add up to lost productivity and health costs of up to €11,535 million.

Most Western Balkan countries are deeply dependent on coal, with the employment of thousands depending on local coal and lignite mines. This is a historical legacy, which is of course hard to abandon overnight.

Therefore, we do not expect that this shift will be easy; it will not be cheap either. However, it is beyond doubt that, without shifting the energy production, the emission reduction goals are unreachable and the countries will suffer in the long-term.

According to Climate Action Network Europe’s new study, energy production is responsible for well over 50% of all greenhouse gas emissions of all Western Balkan countries; in the case of Serbia it is as high as 80%; in Kosovo, it is 87%.

Hydropower has often been presented as a viable alternative, most notably in Montenegro and Albania. However, existing and new hydropower have been evaluated as harmful to the environment and threatening the water supply of local populations.

Opposition to hydropower plants, which includes local activists as well as Leonardo di Caprio, has quickly arisen, especially since many plants are or will be built in protected areas without the consideration for the people in the affected regions.

In any case, whether hydropower plants could even provide energy in the long-term is questionable due to receding water levels, as a recent EU Joint Research Centre study suggests. Thus, hydropower will not provide a quick solution for decarbonisation either.

One might think that all these problems would have raised alarm for local politicians and European stakeholders, but unfortunately, this is not the case. A number of projects are still planned for new coal-based power plants. These projects are clearly going against the interests of the region and they are jeopardising our continent’s goals of climate neutrality.

If we just aim for a linear decrease of greenhouse gas emission from today’s level to reach zero emission by 2050, we need at least a 30% reduction by 2030 compared to the current emission level.

CAN Europe’s research calculated what exactly this means for each of the countries and what level of emission needs to be achieved by the end of this decade. In the case of Bosnia and Herzegovina, this means a nominal reduction of emission over 50% compared to the 1990 baseline.

Even stronger actions would be required to keep the limit of temperature rise to 1.5°C, as was agreed in the Paris Agreement, signed by all Western Balkan countries except for Kosovo (which could not take part as a non-UN member).

The transformative power of the European Union in the Western Balkans has its limits. However, in the energy sector, all six countries have signed up for clear commitments and targets by themselves. Our task now is to make sure their commitments translate into actions.

To achieve these goals, the six governments of the region committed to submit National Energy Climate Plans (NECP) to the Energy Community, and this is currently underway. The national governments must draw up credible plans to reduce their carbon emissions.

The NECPs need to have ambitious but realistic targets now. If a government’s targets fall below the necessary target, the EU should not accept their national energy and climate plans. The Energy Community needs stronger power to enforce non-compliance and clear leadership with a drive towards carbon neutrality.

The Western Balkan countries need to look for alternative sustainable means of energy production that do not harm the population or the environment. Not every alternative is viable. New infrastructure cannot be a goal in itself, especially if it is pricey and harmful to the environment and societies.

Foreign investments also need to be based on evidence-based and sustainable policies, rather than short-term or purely geopolitical considerations. The reports from Energy Community shows that the transition to renewables has already started slowly, and with doubling the speed of adding new capacities, it would become a real alternative to coal.

The funds from the Instrument for Pre-Asseccion (IPA III) and the Western Balkans Investment Plan will need to include ambitious shifts towards renewables and we should not allow any new coal and fossil fuel capacity to be built in the Western Balkans, because those would discredit their commitments and make future transition even harder.

And of course, every stick requires a carrot which is why we strongly encourage the rapid rollout of just transition plans for regions where coal closures are foreseen and properly resource the existing plans.

The EU’s support for the energy transition should focus on promising technologies such as solar power. The potential for solar power is high in the region, which has longer sunshine hours than most Western or Central European countries.

It could present an environmentally friendlier and less vulnerable alternative to hydropower, and the EU, therefore, needs to redirect funding towards it to tap into this huge potential.

Moreover, the EU should support wider measures for energy efficiency, such as the insulation of buildings. These actions could not only provide clean and reliable energy for people in the Western Balkans, but also create opportunities for green jobs.

We simply need to stop delaying reductions for the decades to come. It is today’s governments and today’s European Commission that need to engage in energy transition.