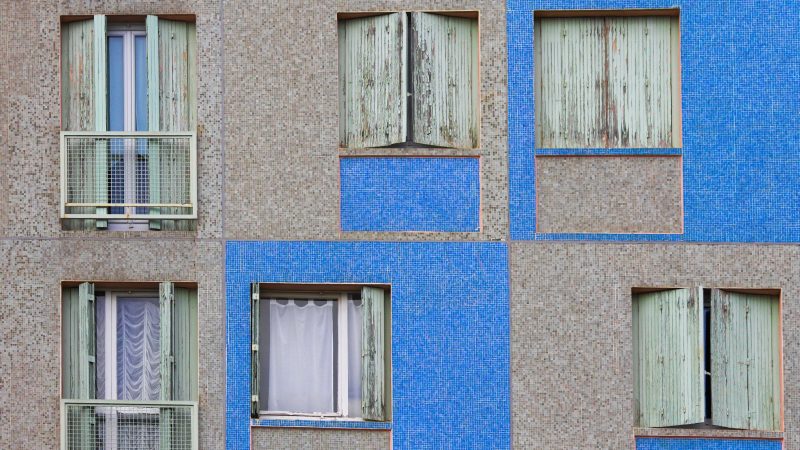 The renovation wave must be more than just an aspiration. Making it happen requires a consolidated effort by the European institutions and the Member States, write Marion Santini and Jan Rosenow. [Nahemoth / Flickr]

The European Commission’s announced renovation wave offers an opportunity to bring the EU back on track when it comes to energy efficiency measures in buildings, write Marion Santini and Jan Rosenow.

Marion Santini is a researcher at the Regulatory Assistance Project (RAP), an independent, non-partisan, non-governmental organisation dedicated to accelerating the transition to a clean, reliable, and efficient energy future.  Jan Rosenow is Principal and European Programme Director at RAP.

Change is in the air. European leaders agreed in December that Europe would adopt a net-zero emissions target for 2050. The European Commission announced that it will put forward new legislation by March to enshrine climate neutrality in law.

The Commission has issued a list of initiatives to reach carbon neutrality while leaving no one behind. This includes a building “renovation wave,” details of which will be announced later this year.

This is a welcome and urgent development: Buildings generate 36% of total carbon emissions and are responsible for 40% of energy consumption in Europe. We need clean and smart buildings to have any chance of meeting a net-zero target by 2050. Renovating Europe’s ageing building stock also brings a multitude of tangible benefits to citizens who will enjoy improved living conditions and lower energy bills.

The strength in energy efficiency

All EU Member States have significant energy efficiency potential, including nations in Central and Eastern Europe that are gathering valuable experience in revamping poorly performing buildings.

Ensuring that the renovation wave reaches all geographies in the European Union is a key element of the EU energy transition. Analysis from Fraunhofer ISI shows that tapping all available cost-effective savings potential across sectors could halve the EU’s energy demand by 2050.

A recent report by the Regulatory Assistance Project (RAP) shows, however, that energy efficiency progress has slowed, particularly in the buildings sector. The authors warn that more ambitious policies are needed in building fabric and space heating efficiency. The announced renovation wave offers an opportunity to bring the EU back on track. There are several ways to boost our chances for success.

First, the existing legislation underpinning the path to carbon neutrality must be implemented with determined focus. Decision–makers and stakeholders can look to successful and replicable renovation projects and programmes to assess how technical assistance can be ramped up and streamlined. This includes proper monitoring and verification to ensure that energy savings from buildings are real and not just reported on paper.

Second, the renovation wave initiative should create synergies among different pieces of climate and energy legislation. A striking example is the EU Emissions Trading System, the recent reforms of which increased the price for carbon allowances fourfold compared to 2017. As a result, the revenue received by EU  Member States is also rising rapidly and is projected to total €165 billion over the next 10 years. Member States now have the opportunity to direct as much as €10 billion more to climate solutions per year. Given the many benefits of building renovation programmes, and their need for funding, Member States have a rare opportunity to use these new carbon revenues to step up renovation rates, particularly for vulnerable households.

Similarly, it is important that the discussion on the reform of energy taxation rules also looks at the use of additional revenue streams. We must ensure that taxation instruments do not negatively impact the poorest and most vulnerable in society whilst using the additional revenues for energy efficiency investments.

Finally, achieving the promised renovation wave will require new policies in order to drive demand for building retrofits. Ideally, those policies will target building renovation at so-called trigger points, for example the point of sale or rental contract. Two policies stand out in this regard: reformed property transfer taxes and minimum energy performance standards.

Property transfer taxes are payable when purchasing a building and can add significant costs to the purchase. Linking property transfer taxes to the energy performance of the building being sold could provide an important demand driver and financing mechanism for energy efficiency. New buildings are already subject to minimum performance standards and, in some Member States, certain categories of existing buildings are also required to meet them. Such standards can ensure that the worst performing buildings are renovated prior to being sold or rented out to new tenants. The Energy Performance of Buildings Directive already provides a legal framework that could be reformed for this purpose.

The renovation wave must be more than just an aspiration. Making it happen requires a consolidated effort by the European institutions and the Member States. If successful, it will deliver substantial benefits to citizens and make the Green Deal work for everyone across the EU.

Luckily, the European Parliament’s Committee on Industry, Research and Energy has a tool at its disposal to kick-start this process — it should launch the recently discussed own-initiative report on “Maximising the energy efficiency potential of the EU building stock.”

There is no time to lose given the urgent need to reduce emissions now.