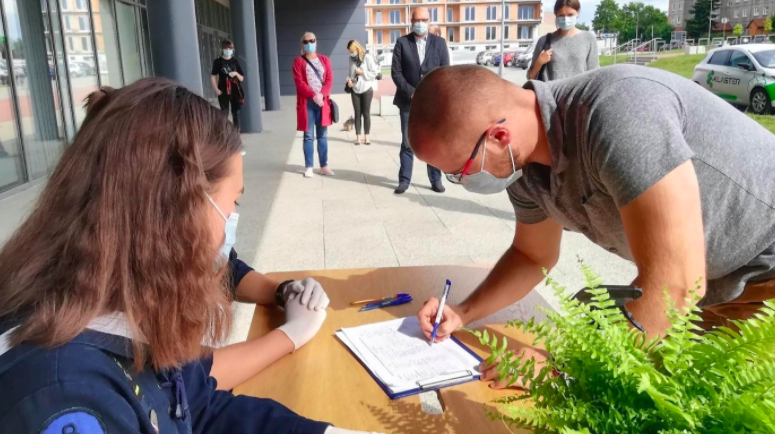 Signing of the petition in defense of the Turów mine and power plant. [PGE]

PGE is ready to actively contribute to EU climate ambitions by investing heavily in low-carbon power generation technologies in line with our new strategy, which will be presented in detail after the summer break.

This requires the pace of transition to be gradual to avoid stranding assets, which are operating today under existing legislation and market conditions. It is equally important for all consumers that we avoid inflating already very high investment costs unnecessarily. 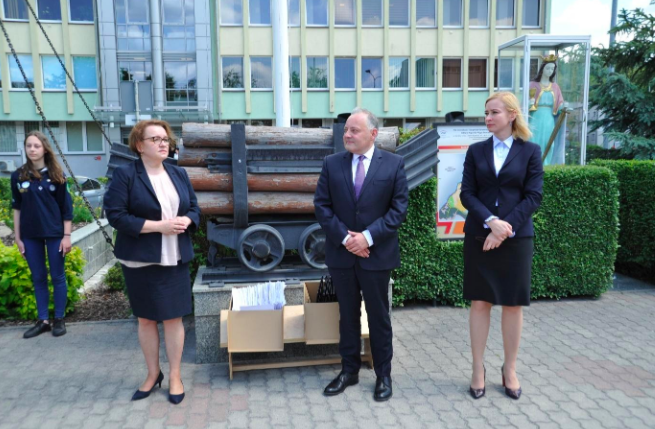 A petition in defense of the Turów mine and power plant from the PGE Group, was handed over to Anna Zalewska, Member of the European Parliament, on June 23. Nearly 30,000 opponents of the liquidation of the Turów complex signed the document to be sent to the President of the European Commission.

Maintaining base electricity production and the security of supply will be key for enabling more renewables in the grid as Europe’s electricity demand continues to grow. Guaranteeing a stable legal environment for investors will be key to ensuring that new investments consistent with the long-term climate targets in the most vulnerable regions where the potential social and overall economic impact of climate neutrality largely exceed that cost.

Our energy site in Turów can be a good example of the challenges related to implementing EU wide goals at national and regional level. Building a good understanding around the issues involved is key for a successful energy transition which leaves no country or region behind. This is also the objective of a recent petition signed by the inhabitants of the region, which was signed by over 30,000 people. 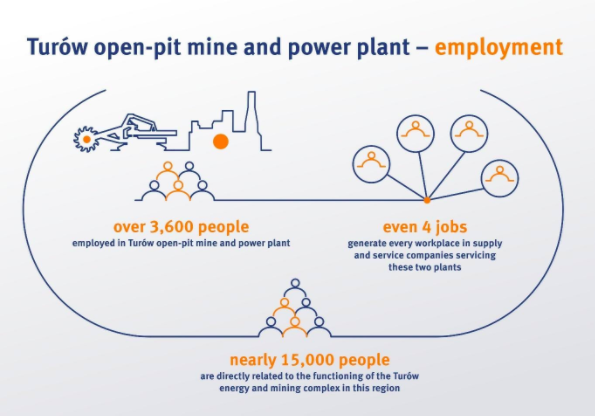 This shows that there is an important voice in the debate on decarbonisation, which deserves the attention of policymakers in Brussels. Also, because it is correct. It gives us an additional boost of energy to continue explaining the strategy behind PGE’s current actions and future ambitions, which may be common across many coal regions in Europe, which face similar challenges. As we operate our Turów mine and power plant in line with the EU legislation we continue to trust in legal certainty and stability, which makes it possible for all investors to make optimised decisions and invest in a better future.

In March, the Turów Mine received an extension of the mining license for six consecutive years, and in parallel is trying to extend the license until 2044, i.e. until all coal deposits are exhausted. After 2044, in accordance with the green policy of the European Union, the areas of the Turów energy site will undergo a reclamation process. As part of the license renewed in 2020, the Turów Mine conducts its mining activities in the mining area reduced by more than half compared to the area specified in the old license from 1994.  The extension of the operation of the Turów Mine guarantees further operation of the Turów Power Plant, and thus reliable power supply to over 3 million households. As we have always planned to continue operating the Turów mine and power plant in line with the existing legislation we are puzzled with the uproar that the decision to extend its operations created.

As part of the concession process, a detailed environmental report has been developed, which contains analyses of the expected impact and, above all, determining the necessary measures to minimize the potential impact of the business. Responses to several thousand comments and motions were submitted, and participants in the proceedings, as well as persons interested in it, obtained the necessary information on all matters raising doubts.  In accordance with the requirements of national and EU law, representatives of administrative bodies, the public, as well as neighbouring countries, i.e. Czechia and the Federal Republic of Germany, participated in the environmental impact assessment procedure. As part of this procedure, objections were raised. 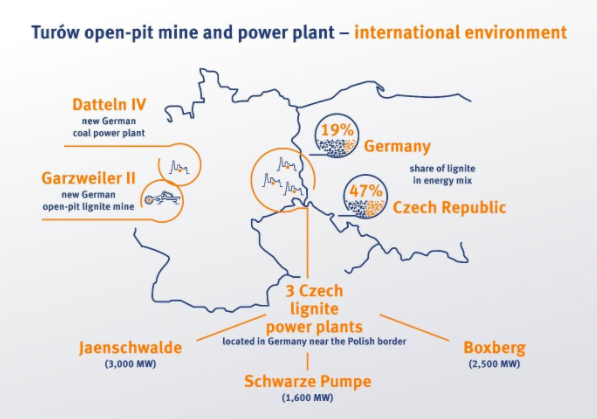 Guided by the principle of good practices, PGE GiEK organized additional, not covered by law, meetings with the residents from Czechia in autumn 2019, in Chotyne and Uhelna, during which they discussed the measures that would be taken to eliminate the potential impact of the Turów strip mine on the border areas. What is more, in addition to the standard procedure required by law, in the first half of 2019 meetings were also held with the inhabitants of Opolno-Zdrój.

The impact of the environmental impact assessment procedure and cross-border arrangements was also the impact of the Turów Mine on water resources at the Czech border. The groundwater level has been monitored for many years by Polish-Czech and Polish- German teams of specialists. The measurement network includes 550 sites for measuring the groundwater table, of which over 150 belongs to the Polish-Czech and Polish-German measuring network. Expert research results confirm that the mine does not cause dehydration in drinking water intakes.  Additionally the Institute of Meteorology and Water Management – the State Research Institute has prepared an independent scientific study, which indicates that it is the meteorological conditions, and not the Turów Lignite Mine operated by the company PGE GiEK, a member of the PGE Group, that exert the major influence on the water resources at the Polish-Czech border. After thirty years of scientific observations the report shows that the mountainous area of the Żytawski Valley, where the Turów power generation site is located, is particularly exposed to hydrological droughts. In order to protect the only drinking water intake in Uhelna that could be affected by the Turów mine, actions which go beyond the existing legislative obligations were taken to develop and implement an underground screen. It will be built at a depth of about 60-110 m and it will secure the potential outflow of water from the Uhelna area towards the strip mine. Screen effectiveness will be monitored on an ongoing basis by a detailed Polish-Czech monitoring system.

We believe that any action, which overlooks these facts and figures risks undermining the EU’s key principles of legal stability and predictability, which are key for a successful energy transition.