Additionality: the key to turn the hydrogen buzz into a renewable boom 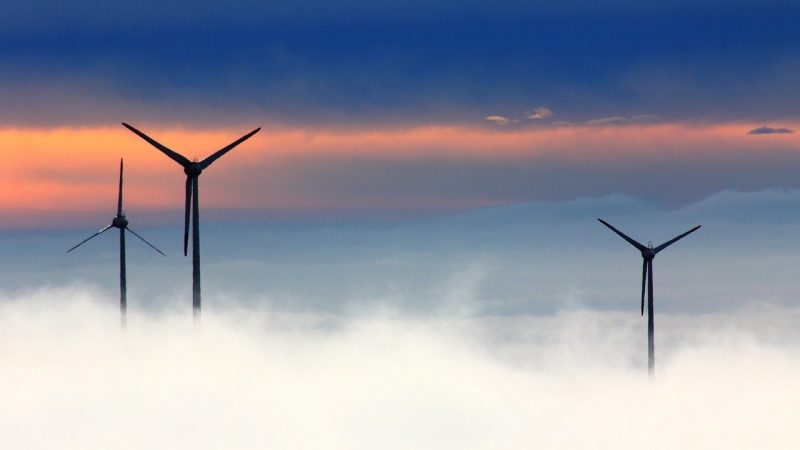 Renewable energy sources, like wind turbines, can provide the power to produce green hydrogen, but there is a risk this energy is diverted away from decarbonisation, warns Marta Lovisolo [Oimheidi / Pixabay]

If dealt with properly, renewable hydrogen has the power to help decarbonise Europe. Still, policymakers need to maintain the idea of additionality so that renewable electricity is not diverted away from energy production, opening the door for gas and coal, write Marta Lovisolo and Keith Whiriskey.

The European Commission will soon adopt a delegated act to define how hydrogen will need to be produced to be considered ‘green’. If the Commission fails to put additionality at the front and centre of the act, the new legal framework will set us up for failure, given the scale of the hydrogen targets within the Green Deal. Instead, mandating renewable additionality in the delegated act would allow us to turn the current hydrogen buzz into a renewables boom.

In the Renewable Energy Directive (RED) proposal, two big targets for 2030 have emerged: half of the hydrogen used in industrial processes will need to be renewable, and 2.6% of transport fuels will need to come from renewable hydrogen-based fuels.

With the above figures on the table, the scale of the task has become tangible: these targets amount to 10 million tonnes of green hydrogen per year by 2030.

The hydrogen target will use more power than all the current wind generation across the continent (430 TWh in 2019). This means that each wind turbine out there would stop contributing to the grid decarbonisation and would instead be diverted to meet the modest 2030 hydrogen targets. The same scale of diverted renewable electricity for hydrogen electrolysis would be sufficient to electrify the entire European car fleet.

Additionality turns hydrogen into a real tool for decarbonisation

For hydrogen to be a tool for decarbonisation and not a massive drain of existing renewables, we need to make sure new hydrogen electricity demand is matched with new extra renewable generation. Hydrogen targets must contribute to additional new renewable capacity instead of taking away from it.

Hydrogen needs be manufactured using vast renewable capacities if it is to cut emissions. It is in the sector’s short- and long-term interest that additional renewables be deployed at the scale and ambition that the hydrogen industry has set for itself. If renewable generation is scarce, then renewable hydrogen production, and the broader energy transition, will be severely constrained.

Without additionality, hydrogen is a back door for coal and fossil gas. Without requiring additional renewables, the 2030 hydrogen targets will cannibalise the renewable electricity being deployed to phase out coal and gas electricity.

Large new electricity demand without new renewable supply to meet it will result in backsliding for grid decarbonisation and the sectors which depend on a clean grid for their transition. Fossil fuel power plants that have been marginalised thanks to renewables deployment will find new opportunities in meeting this new demand. The result is higher greenhouse gas emissions for all.

Moreover, as hydrogen gobbles up half of the existing low-priced renewables, consumers will be left to pay the bill for the expensive fossil electricity that will fill the gap. Adding a whole Member-State-worth of demand to the grid without pairing it up with the necessary supply will inevitably increase scarcity, driving electricity prices up.

This creates an untimely hurdle for the widespread deployment of the most cost- and resource-efficient climate solution: the direct electrification of our economy with renewable energy.

In 10 years’ time, depending on how the Commission deals with additionality, hydrogen will either prove to be a great tool for decarbonisation or will be a step back for a wide range of sectors and policies that require clean electricity.

One response to “Additionality: the key to turn the hydrogen buzz into a renewable boom”