Balance of power: a renewed case for renewable energy for Europe 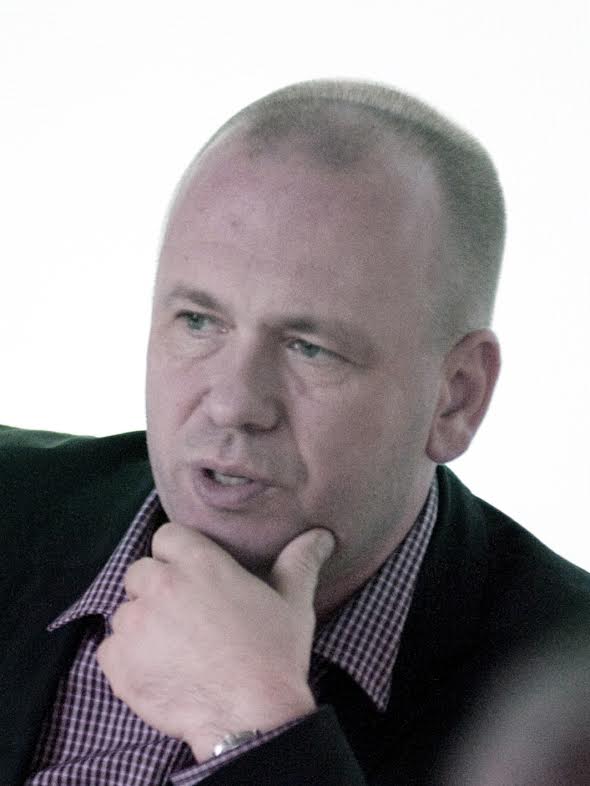 "Roadmap 2050: A Practical Guide to a Prosperous, Low-Carbon Europe

Reinier de Graaf argues that in the midst of the Ukrainian crisis and the energy risks looming over Europe, EU member states should look more seriously into the Roadmap 2050 project initiated in 2009, and aim at cutting Europe’s greenhouse gas emissions by 80% by 2050 through renewable energy use.

Reinier de Graaf directs the work of AMO, the research and design studio established as a counterpart to the architectural practice of OMA. He has been responsible for AMO’s increasing involvement in sustainability and energy planning, which has included Zeekracht: a strategic Masterplan for the North Sea, the publication in 2010 of “Roadmap 2050: A Practical Guide to a Prosperous, Low-Carbon Europe” with the European Climate Foundation, and “The Energy Report,” a global plan for 100 percent renewable energy by 2050, made with the WWF.

Ukraine’s delay in paying for Russian gas has created a critical situation. In the event of further violation of the conditions of payment, Gazprom will be compelled to partially or completely cease gas deliveries. Undoubtedly, this is an extreme measure. We fully realize that this increases the risk of siphoning off natural gas passing through Ukraine’s territory and heading to European consumers,” Vladimir Putin in a letter to 18 EU countries, April 10th, 2014

Five years ago, our office participated in a project called Roadmap 2050, which proposed the wholesale transformation of Europe’s energy infrastructure – away from fossil fuels, towards renewable energy sources – with the aim of cutting Europe’s greenhouse gas emissions by 80% in 2050. The idea was simple: the integration of national energy grids into a Europe-wide supergrid would permit the sharing and exchange of different forms of renewable energy between nations. In terms of Europe’s energy supply, this would be nothing short of a revolution. Rather than each nation having to pursue a full mix of energy sources within its own territory, EU nations could be free to engage in extreme a degree of specialization, whereby each EU member state could focus on the type of (renewable) energy best suited to its specific geography and climate, and still be insulated from the supply fluctuations of renewable energy.

The introduction of a European Supergrid would thus create a situation of mutual complementarity between both Europe’s energy sources and its individual nations. This would help overcome a major disadvantage of renewable energy: the volatility of supply of its individual sources (wind, sun, tidal, etc…) in the face of constant demand. The possibility to draw from multiple sources would create a robust system where the surplus of one source could immediately be used to mitigate the shortfall of another. A system of permanent back-up between nations would ensure constant energy supply for all. (When there is no wind in the north, there is fair chance that there is sun in the south, and vice versa.) A conservative estimate of the amount of terawatt-hours that could be derived from such a system – relying exclusively on existing technology and assuming no major technological breakthroughs – indicates an energy capacity that would surpass that of the entire oil and gas reserves of the Middle East.

Although little more than a footnote at the time, there was another important aspect to the project: Europe could become self-sufficient in its energy supply. Tied to this is an interesting political trade off: independence from external energy providers in exchange for increased energy interdependence between EU member states. Strangely enough, the byproduct of this essentially technical exercise turned out to be a more compelling case for European integration than any which had ever been made in the political arena. For a while it looked as though European integration, 60 years after the formation of the European Coal and Steel Community, could once again become an industrial project, this time with the building of an integrated energy infrastructure at its center: the transformation of national power sectors into a single integrated mutually reinforcing system of energy provision, turning Europe’s diversity into the ultimate strategic advantage.

Much has happened since. A near nuclear disaster has taken place in Fukushima. Germany (largely as a result of Japan’s misfortune) has embarked on an ‘Energiewende’. For a while the Arab Spring seemed to offer the prospect of North Africa becoming the great democratic reservoir that would provide Europe with politically correct (read: solar) energy. But if one calmly takes stock of Europe’sprogress, both in terms of the share of renewables in Europe’s energy provision, and the formulation of a truly integrated European energy policy, there is still much left to be desired.

In view of the recent events in Ukraine and the overt threats of Russia to use its gas supplies as a means to impose its will, not only on Ukraine but potentially on Europe and particularly Eastern Europe, the prospect of a self-sufficient, ‘energy independent’ Europe acquires an acute appeal. Not even in the coldest days of the cold war did the USSR leverage its gas deliveries to gain the upper hand in the battle for global dominance. The ideological balance of power was guaranteed by the accompanying balance of military force. In the world of globalization however, with economic entanglement among otherwise sovereign states, energy has the capability to replace military force as the prime strategic weapon in wielding geopolitical influence, giving its possessors ‘first strike capability’, with minimal consequences in return.

At the time of its launch in 2010, Roadmap 2050 was primarily driven by technological and environmental parameters; today, it is first and foremost the political aspect that grants the project a renewed momentum. Roadmap 2050 could provide Europe the necessary energy security, so it can remain firm about its democratic principles. Energy is primarily exchanged between European states that have committed to the same values and the dependence on outsiders is drastically reduced. The beauty of the idea lies in that within the proposed system no single European state can ever claim a monopoly on energy provision. Energy is exchanged for energy; todays suppliers are tomorrow’s recipients. Dependencies shift, simply on the basis of seasonal or meteorological conditions. The very strength of the project resides in the fact that it ultimately does not assume energy is ever un-political and the profound knowledge that a Europe that relies on energy provided by those who do not share its principles may ultimately well be a Europe unable to afford those principles.