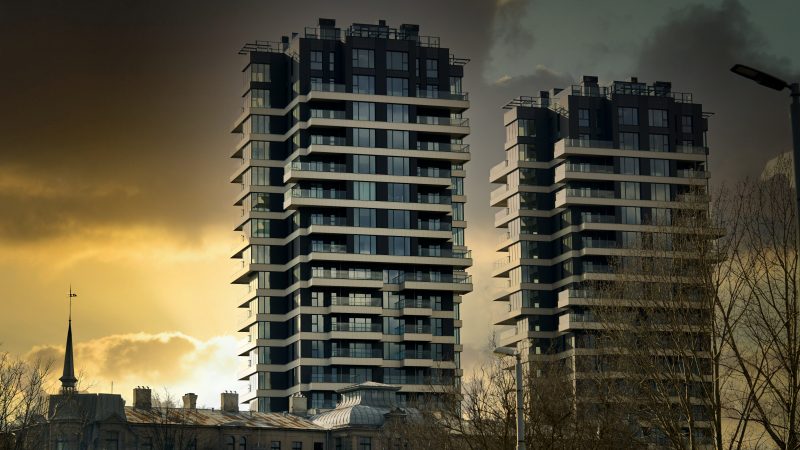 Including buildings in an emissions trading scheme will have a limited impact on emissions and should, at most, complement other measures like substantially increasing renovation rates, switching to renewables and phasing out fossil fuels subsidies, writes Monica Frassoni.

Monica Frassoni is President of the European Alliance to Save Energy.

On 14 July, the European Commission unveiled its long-awaited roadmap to reach the European Union’s higher emissions reduction target for 2030, the so-called “Fit for 55” package.

No wonder it chose the day traditionally celebrating the French revolution as the scope and ambitions of this massive legislative package are considerable. With it, came the proposal of setting up a parallel Emissions Trading Scheme (ETS) for road transport and heating fuels, certainly one of the most contentious measures of the package.

According to the Commission, this proposal aims to address the lack of emissions reductions in road transport and buildings, which together account for almost 60% of EU emissions. Over the last few years, emissions from the building sector have not decreased significantly, while those from road transport have even increased.

The need to act fast and with concrete steps to reduce emissions in these sectors is clear. So seems the Commission’s logic behind the proposal: if the ETS brought emissions down in the energy sector, why wouldn’t it be the case for buildings and road transport?

There are a few reasons why carbon pricing in buildings could at best complement, but not replace – and should not distract from – policies and incentives to substantially increase renovation rates, switch to renewables and phase out fossil fuels subsidies.

Firstly, the inelasticity of energy prices, i.e., energy consumption will fall by less than 1% in response to a 1% increase in energy prices, does not grant that focussing on a higher price on heating fuels will impact energy demand and stimulate a fuel switch in itself.

Also, the building sector has a peculiar management or ownership structure, which differs a lot in each member state. This generates split incentives, for example between landlords and tenants, which tend to blur responsibilities and the related costs for fuel switch.

In Germany, where 54% of households live in rented dwellings, the carbon price for heating fuels introduced in 2019 shows that the distributional effects mostly influence tenants, as landlords pass the cost of carbon to them.

Raising energy bills to help decarbonise could have a high social cost in several EU member states and substantially decrease public support for a green transition.

As they do not have the financial means to carry out energy renovations and switch to renewables, low-income households will be the most exposed to carbon pricing and will ultimately be the one to bear the cost of climate action.

On the other hand, the proposed Social Climate Fund aimed at helping citizens finance investments in energy efficiency, new heating and cooling systems, as well as cleaner mobility will be unlikely to fully reach these goals because its size is too limited, as it only partially uses ETS revenues (25%), and it does not explicitly focus on the most vulnerable.

Moreover, it risks being under-used due to difficulties of access, notably for energy efficiency projects. And, last but not least, it requires a high level of national co-financing (50%) and unanimity in the Council to be made operational.

“We need to make sure that the bill doesn’t go up. Even if energy might become slightly more expensive, by reducing the consumption of energy, by helping people to invest in refitting their homes, in getting less energy consuming cars, etc, etc, you bring the bill down,” the European Commission’s Vice-President for the Green Deal, Frans Timmermans recently stated.

Indeed, that is why we believe that an ambitious recast of the Energy Efficiency Directive (EED) and Energy Performance of Buildings Directive (EPBD) will be more relevant to overcome current barriers to building decarbonisation. According to the EU’s Climate Plan Impact assessment, building renovations and sustainable renewable heating system replacements would achieve a carbon emissions cut of 60% by 2030 (relative to 2015).

We need binding energy efficiency targets higher than the ones foreseen in the current Commission’s proposal, and to be applied at both EU and national level.

The proposal’s binding energy savings target of 36% at the EU level is a step in the right direction, but it falls short of the 40% target proposed by the European Parliament and does not introduce nationally binding requirements, which would be key to push member states as most of them are already lagging behind on energy efficiency.

Moreover, it would be important that the Commission introduces minimum energy performance standards for the existing building stock in the upcoming revision of the EPBD. This would create a decisive push for the renovation of worst-performing buildings, both residential and non-residential.

Within the next eight or ten years we need to act urgently and effectively to reduce energy demand and phase out fossil fuels lock-in by accelerating renovations and upscaling renewables.

Only then carbon pricing could possibly play a positive complementary role, especially if all its revenues will be fully channelled to help decarbonisation and energy-poor households. Otherwise, this mechanism would be highly ineffective and would reinforce already existing inequalities.