Coal mine methane: a missed opportunity for EU’s CBAM 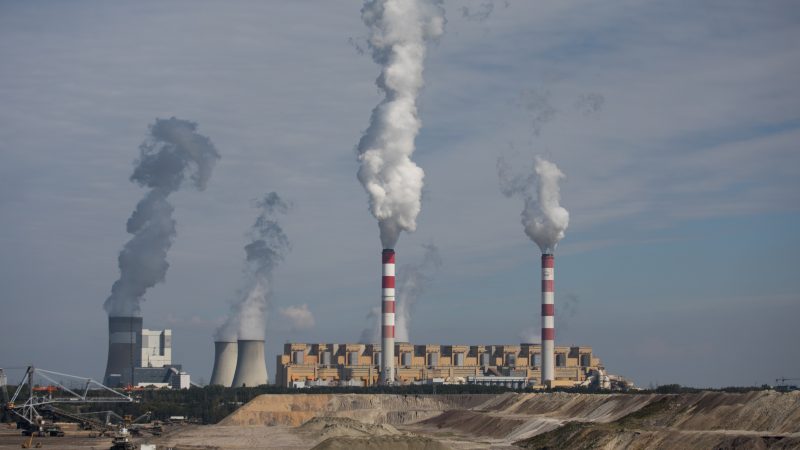 Poland was responsible for 70% of all the methane leaks from operational coal mines in Europe in 2018, according to Ember analysis [Grabowski Foto / Shutterstock]

The EU’s carbon border adjustment mechanism had an opportunity to include methane in its scope and act against sources of the potent greenhouse gas, but this was left out of the final published draft. Future EU climate legislation cannot afford to make the same mistake, writes Anatoli Smirnov.

Anatoli Smirnov is an analyst at the energy think tank Ember.

The EU’s ‘Fit for 55’ package, adopted on 14 July, saw the EU attempting to raise ambition on climate policies across sectors to meet the scale of the challenge set by climate change.

One of the many included proposals is the carbon border adjustment mechanism (CBAM), which seeks to prevent greenhouse gas emissions ‘leaking’ over the border by taxing carbon-intensive imports from regions with less stringent emissions policies.

However, the CBAM applies mostly to carbon dioxide (CO2) emissions, excluding other climate-warming gases such as methane — a missed opportunity in the fight to address climate change.

While tackling CO2 emissions is rightfully a key priority in EU climate action, methane is also a powerful greenhouse gas. With increasing recognition of methane’s impacts on climate, such as its prominence in the recent IPCC report, the lack of EU attention is out of step.

The IPCC AR6 calls for immediate, deep reductions of ‘climate forcers’ such as methane to keep to 1.5°C warming. Methane’s greatest threat to the climate is in the short term, with an atmospheric lifetime of only 12 years, compared to hundreds of years for CO2.

However, that short term impact is enormous: averaged over 20 years, its global warming potential is 86 times more powerful than that of CO2. A growing consensus identifies methane cuts as an enormous opportunity for immediate climate action, with the UN saying that cutting methane is the strongest lever we have to slow climate change over the next 25 years.

With the proposed CBAM, the EU seeks to shut off a potential side effect of gearing up its emissions policies: driving EU-based manufacturers to move to regions with more permissive environmental standards while emissions-intensive imports outcompete industry in the EU.

By failing to expand its scope, the EU’s CBAM overlooks significant sources of emissions ‘leaking’ over the border; among them, coal mine methane.

Coal mining is a major example of EU industry being displaced abroad, and with it, potentially unmitigated sources of methane emissions. As of 2019, the EU’s hard coal production is less than a quarter of what it was in 1990, while consumption only declined 50%.

This means that imports of hard coal have risen from 29% to 63% of total demand, nearly half of it coming from Russia, followed by the US, Australia and Colombia and others.

Coal mining emits a substantial volume of methane emissions, meaning that while CO2 emissions from imported coal are accounted for within the EU when burned, unaccounted for greenhouse gas emissions are still ‘leaking’ over the border via coal mine methane.

Emissions associated with imported, coal-derived electricity and steel add further to the tally.

Ember’s analysis shows that methane emitted by the gassiest coal mines in Europe can add 50% to the carbon footprint of the coal produced. And even this may be an underestimate by a factor of two.

Coal mine methane clearly needs urgent attention, but a lack of standards around monitoring, reporting and mitigation mean there is no way to confirm the total methane emissions associated with coal imported into the EU.

Like many other sources of anthropogenic methane, coal mine methane could be addressed quickly, easily and at low cost. Unpublished Ember’s analysis shows that the most expensive coal mine methane abatement projects can reduce carbon emissions for under €10 per tonne of CO2 equivalent, with the majority costing a fraction of that.

What’s lacking is a policy framework to incentivise and support improvements, or to penalise cost-cutting climate-intensive practices.

The EU’s CBAM could have been an opportunity to start putting this framework into place. Coal imports could have been the first category to include methane emissions, with other categories to follow.

A CBAM targeted to measure and penalise methane emissions from coal mining (for imported coal, steel or electricity) could have provided an incentive for methane abatement projects and pushed forward the closure of gassiest coal mines.

Revenues raised could in turn have been reinvested on methane abatement projects in the EU and globally.

The CBAM’s limited definition of ‘greenhouse gas’ follows that of the EU ETS, presumably to reduce the possibility of challenges in the WTO or other pushback from expanding the scope. Despite that, this is a missed opportunity to start tackling an issue we’ve overlooked for too long.

It is critical that future climate legislation from the EU, including future versions of the CBAM or the Methane Strategy currently in development, start taking seriously the scale of methane’s warming potential and its part in climate impacts.

Reducing methane emissions from coal is a rare straightforward, affordable action that can limit climate impacts in the next couple of decades as we simultaneously work towards CO2 reduction targets. Without taking it into account, the EU’s Fit for 55 package risks missing its goals.