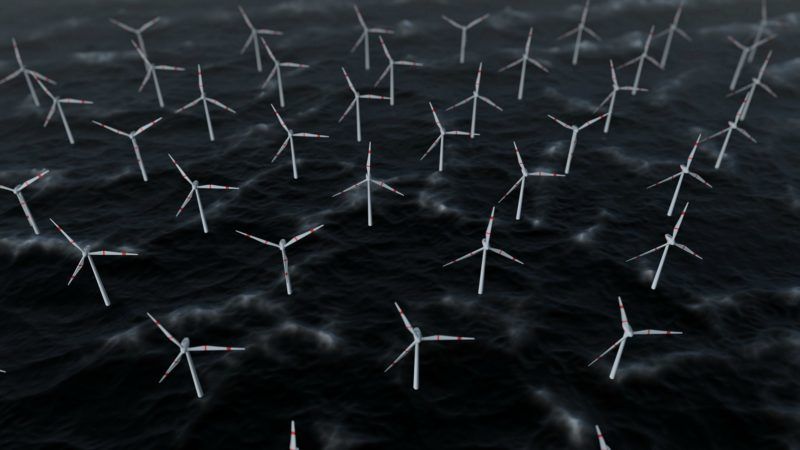 Denmark set a world record last year by producing 43% of its electricity from wind. [BASF - We create chemistry / Flickr]

Corporates and industrial consumers are playing an increasing role in helping to deploy wind volumes. However, this has not always been the case. These energy intensive consumers had until recently given a lukewarm reception to the emergence of renewables, often citing their cost as a hindrance to competitiveness.

Now, the tide is turning. The likes of Google, Norsk Hydro and Facebook are at the forefront of a whole host of major companies looking to secure reliable and competitive power from renewable energy and reduce the risks associated with fossil fuel-based power supply.

So what’s different? The rise of corporate renewable Power Purchase Agreements (PPAs) has been a game changer, providing energy intensive consumers with a cheap, clean and reliable power supply. The numbers speak for themselves. Last year alone in Europe, 1.5 GW of renewable energy capacity was supplied to corporates under PPAs – up from 74 MW just four years ago – a majority of which is in wind energy.

PPAs have numerous economic benefits for generators and the wider industry. First, they facilitate investment for utility-scale projects and thus help to bring new and additional renewable capacity online. Second, they provide projects with a stable income stream.

Corporations requiring a zero-carbon power supply need to be able to trace and prove their renewable energy consumption. One way to do this is to buy both the renewable power and the accompanying Guarantees of Origin (GOs).

Current proposals in the EU’s Clean Energy Package would prevent renewable producers that receive financial support from receiving and being able to sell GOs. This would essentially destroy the PPA model, breaking the link between producers and buyers and preventing them from proving and tracing their renewable electricity consumption.

Getting the Clean Energy Package right will be key to unlocking the growth potential of PPAs and policymakers must seize this opportunity to make them viable throughout Europe.

Wind energy producers can supply cheap power today thanks to a significant reduction in technology and operating costs in recent years. But they need stable revenues to sustain their investments. Corporate PPAs could play an increasing role in supplying corporates with power below the industrial retail price, while ensuring a stable revenue for wind energy generators. However, we’ll need the right policies in place.

WindEurope and SolarPower Europe, in collaboration with RE100 and supported by CEFIC, will host the first renewable energy PPA event, “RE-Source 2017” on 10-11 October 2017 in Brussels. Large energy consumers and renewable energy players will come together with policymakers to ensure Europe can fully reap the benefits of a competitive and reliable renewable energy supply to power its economy. Find out more here.