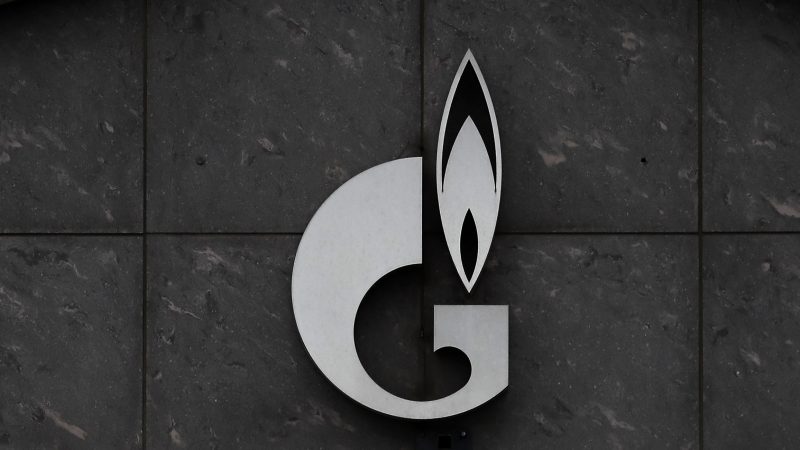 EU institutions have limited room to manoeuvre when it comes to going to Russia with requests for more gas in order to alleviate the energy crisis and help Europe get through the winter, warns Andrei Belyi.

Andrei Belyi is the founder of the energy consulting firm Balesene OU, Tallinn, Estonia, and adjunct professor in energy law and policy at the University of Eastern Finland.

Two days ago, Russia’s envoy to the EU, Vladimir Chizhov, called for the EU to normalise relations with a view to solving the gas crisis. In his interview with the Financial Times, he claimed that Russia should not be considered an adversary.

Perhaps Chizhov gives a hint to the EU’s decision to halt most communication channels with Russia, including the bilateral Energy Dialogue. Maybe implicitly, he challenges the European political consensus towards Moscow, which has been shaped by events surrounding Ukraine since 2014.

However, because of the deepening gas crisis – and already before Chizhov’s statement – many in EU circles informally appealed to Russia to help solve the under-supply issue. But if for Europeans the issue of gas supply is about mitigating price hikes and physical shortages, for Russians, it represents an opportunity for broader geopolitical considerations.

Neither the EU nor the Russian delegation in the EU has legal competencies to shape gas markets. Supplies are either agreed on a long-term bilateral basis between the Russian gas export monopoly Gazprom and European midstream companies. Or, they’re traded on market platforms and gas hubs, where spot, future, and forward contracts can be concluded.

Historically, before trading hubs existed in Europe, natural gas was viewed as a substitute for oil. The idea behind oil indexation is to properly reflect inter-fuel competition in bilateral agreements. Oil indexation allowed gas to be slightly cheaper than oil with a stable period of pricing. The ratio takes into account the six-month period for which the oil price average is calculated with a three-month time lag and three months of the duration of the pricing.

As domestic production has been on the decline, European mid-stream companies have oftentimes been squeezed between long-term import agreements with non-EU suppliers (such as Russia) and EU legislation requirements for competition – and hence shorter-term agreements.

As basic supply levels have been ensured by bilateral agreements, hubs moved mostly towards trading surplus on the markets. As a result, most of the deals concluded on hubs have been on spot, whereas the share forward and future contracts have remained relatively low. Therefore, many in Europe tended to conflate the terms ‘hub’ and ‘spot’. One may even argue that hubs’ reliance on spot is not healthy, as the liquidity would be mostly dependent on surplus.

In response to Komplev’s claims, Jonathan Stern from the Oxford Institute for Energy Studies responded with a written commentary explaining that, with time, the rationale of oil indexation loses sense.

In fact, oil and gas are not directly competing anymore, and gas supply diversification via liquefied natural gas (LNG) shapes the new realities. Andrey Konoplyanik, an independent advisor to Gazprom Export, attempted to find a compromise between a need to reform traditional contracts and the less predictable gas-to-gas competition. As a result, Gazprom unwillingly introduced a share of hub indexation into the pricing formula.

After all, the Russian gas supplier needed to accept the reality: gas-to-gas competition has been growing together with LNG inflows and growing levels of surplus. Hence, the spot price was often lower than oil indexation because the gas oversupply could not be managed in the same way as OPEC+ influences the oil markets.

However, the pandemic changed market trends, and LNG supplies to Europe significantly declined. Market liquidity fell sharply, and the spot price bypassed the oil indexation by more than 120%.

A reaction from Russian officials has claimed that market liberalisation per se has been Europe’s main mistake. Adding to that, Hungary recently concluded a long-term agreement with Gazprom, which has been now perceived as ‘a way to go’ in Moscow.

After all, why increase gas volumes to spot markets if new long-term contracts can be concluded? Beyond Hungary, this approach is not favoured by the European utilities. New long-term agreements would imply further lock-in between long-term external commitments with external suppliers and European competition rules.

In the end, only the buyers who over-relied on surplus and on spot will feel the shock. Yet, the risk of shortages in winter and continuous pressure on prices is likely to persist.

This situation reveals that EU institutions have limited room for manoeuvre. Would they suggest that European utilities follow the Hungarian example and conclude long-term contracts on Gazprom’s terms? Or would they further request Gazprom to offer more gas to spot trade?

If so, a logical question would follow: why await this step from Russia instead of using transatlantic relations to bring back ‘the molecules of freedom’? Would it mean that dealing with a state-owned monopoly is easier than relying on pure market forces? Or would they agree with the Chizhov argument and open new communication channels despite the common position taken since 2014?

Answers to these questions imply difficult – and sometimes inconceivable – political choices at the EU level. And any difficulty and policy contradiction can be skilfully used in Moscow to weaken the EU soft power beyond the narrow issue of the gas crisis.

One response to “Dangerous liaisons: requesting additional gas from Russia will be politically sensitive”