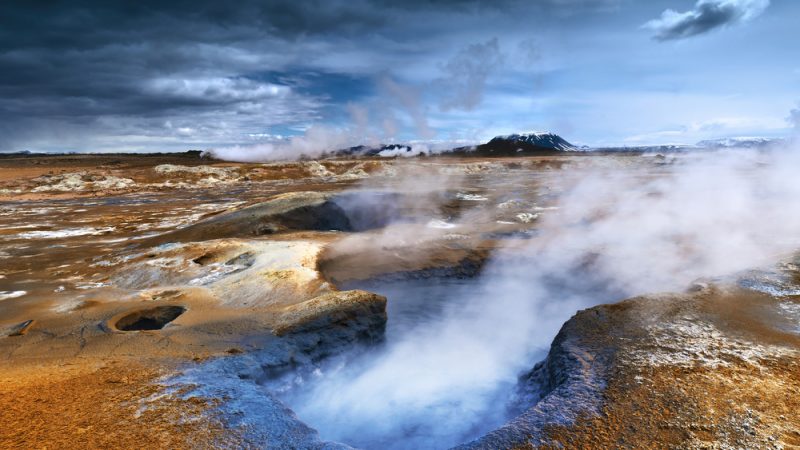 The proposals to ban the import of Russian oil and start a rapid diversification from Russian gas are still the subject of a heated debate in many European capitals. However, after only two months of the barbaric Russian invasion in Ukraine, the nexus between global security and local access to sufficient resources of green, renewable energy has been quickly understood by politicians and their constituents alike.

The transition from fossil fuels to clean and sustainable energy sources has found the way how to capture the imagination of not only climate visionaries but also the general public by offering a path towards energy independence – soon a new name for all renewable energy policies and initiatives.

Deep geothermal energy is best positioned to play a key role in this transition. It can tap the vast energy resources in the Earth’s crust, literally anywhere, while making use of the know-how, technology and highly skilled workforce that has been developed for over a century by the oil industry. Moreover, unlike some other renewable energy resources, deep geothermal doesn’t rely on rare–earth minerals – in fact, it can be a sustainable source of lithium – thus avoiding the risk to create new global dependencies. 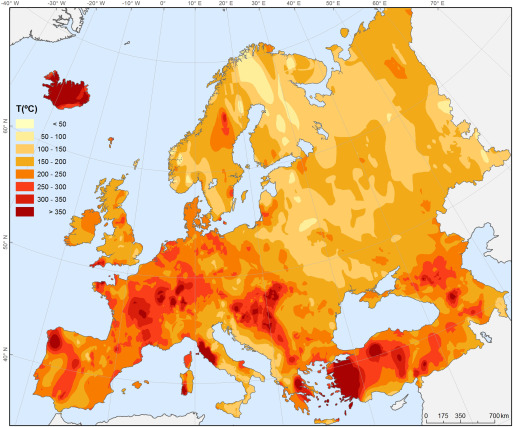 Geothermal heat reservoirs in Europe at depth of 9,5 km [sciencedirect.com/science/articl…]

Heating is responsible for the half of the European energy consumption and geothermal energy provides the most suitable answer to this challenge. In a recent open letter to the Commission President Ursula von der Leyen, the European Geothermal Energy Council (EGEC) called for a European strategy on geothermal energy, arguing that Europe rests on a vast amount of geothermal energy that can provide permanent supplies of renewable heating, cooling, and power, anywhere.

Meanwhile Nabors, a leading global provider of advanced technology for the energy industry with operations in more than 15 countries, announced its investment in the Europe-based geothermal drilling technology company GA Drilling. The goal is to achieve the synergy for deep geothermal solutions that can be scalable and reach wide utilization.

This is a strong confirmation of the potential of European high-tech companies developing novel solutions that can soon change the way how we think about energy. It is also a signal, that Europe needs to act boldly and now to be able to harvest the fruits of this technology advantage in the near future.